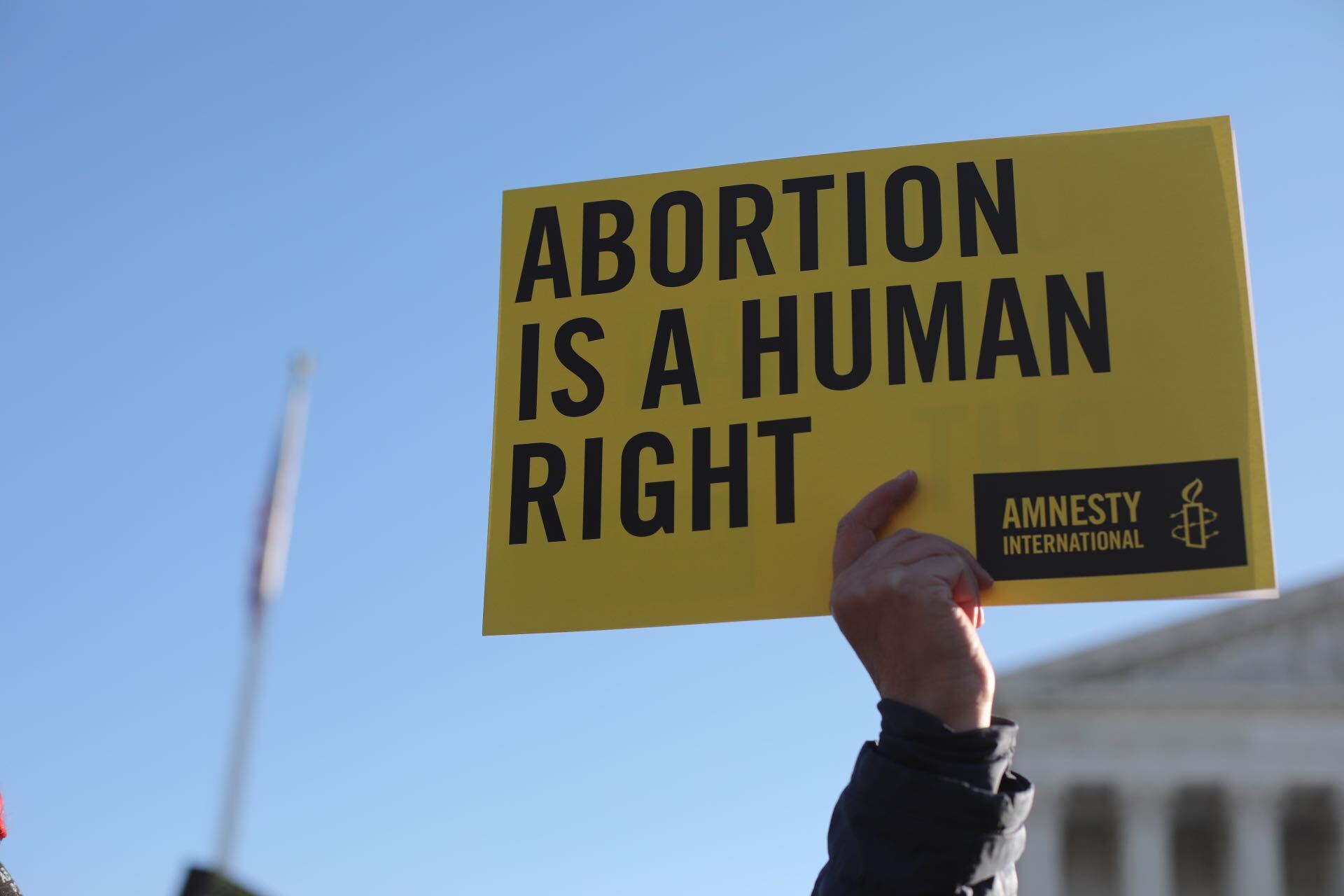 USA: Supreme Court decision to overturn Roe v. Wade marks a grim milestone in the history of the United States

“People will be forced to give birth. They’ll be forced to seek unsafe abortions. This is the outcome of a decades-long campaign to control the bodies of women, girls, and people who can become pregnant. And it paves the way for unprecedented state legislation to criminalize abortion, as well as other bills that will aim to strip human rights from people in the United States, including the potential for bills that will affect access to birth control, gender, and marriage equality as well as other anti-discrimination laws.

“Regardless of what the Supreme Court says, abortion remains a human right and states all over the world are still obligated to uphold that right. For our supporters and those around the world watching this moment with the same sense of horror and pain that we feel we say: whatever you’re feeling – anger, fear, betrayal, sadness – you’re not alone. You’re one of the vast majority of Americans who disagree with today’s decision. You’re one of 10 million people around the world who make up this grassroots movement for human rights. This is where our power and our hope springs from: We are the majority.

Fiona Crowley, Interim Director of Human Rights at Amnesty International, said: “We must support and show solidarity with all those fighting for reproductive rights and justice in the USA. The overturning of Roe v Wade is the culmination of a decades-long campaign to control the bodies of women, girls, and people who can become pregnant. This campaign against women’s bodies and rights hasn’t just been waged in the USA, but across the globe, including here in Europe. ”

“This makes is especially critical that our Government here in Ireland strengthens our abortion law. Women are still being denied abortion care in Ireland, with many still have to travel for something that is their human right. The 3-year review of our 2018 legislation is happening right now. It must lead to a fully human right complaint law, so Ireland can shine as a beacon of hope.”

Take action to protect the right to abortion in the United States.