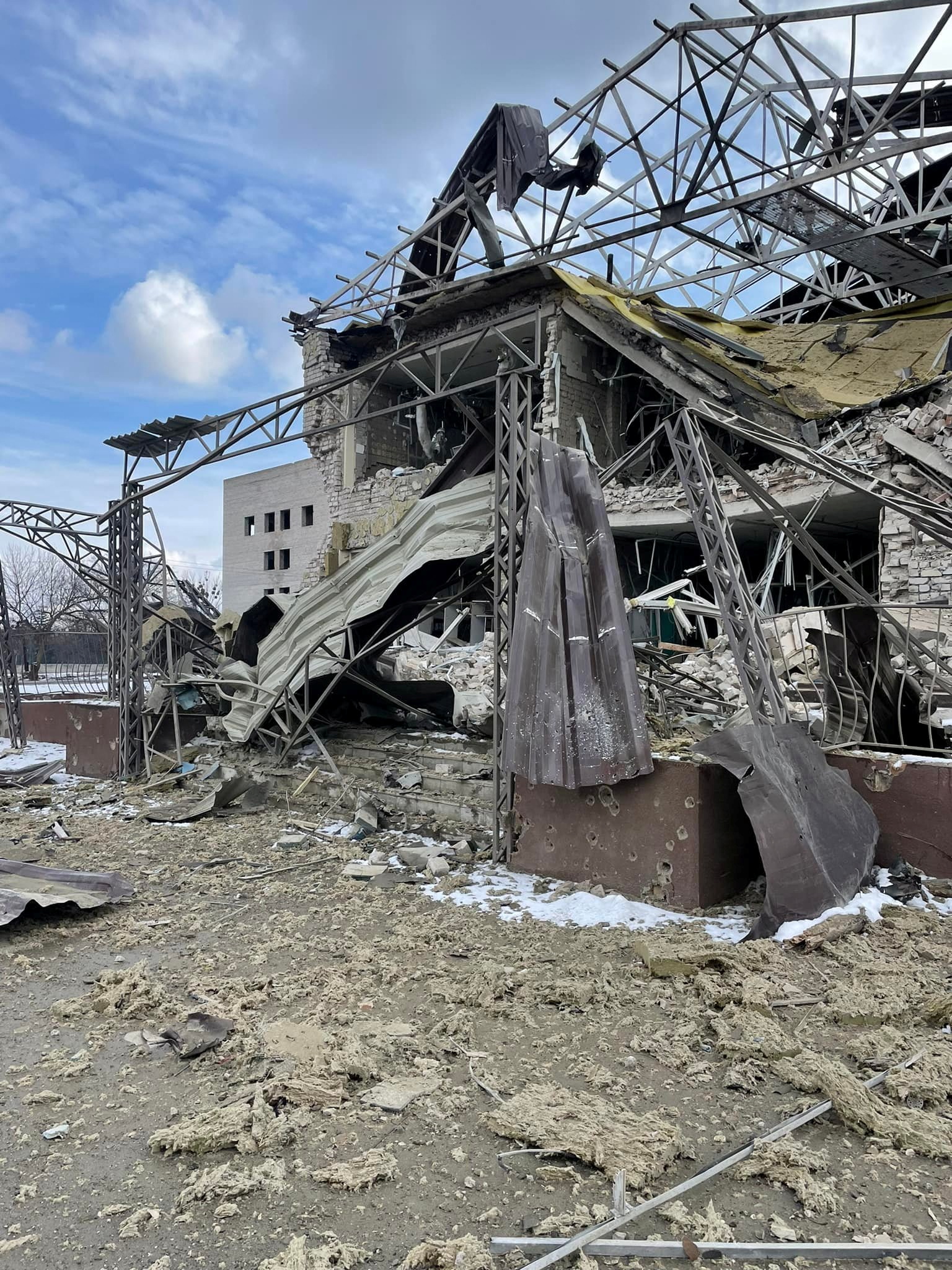 Civilians in Izium in Kharkiv Region in eastern Ukraine are on the brink of a humanitarian disaster as Russian forces relentlessly bombard the town, new testimony gathered by Amnesty International has revealed.

Residents of Izium have been under a constant siege-like situation since 28 February, and warned that diminishing food and water supplies have left them at breaking point, as remaining civilians hide in their basements.

Between 9 and 12 March, Amnesty International interviewed 26 residents of Izium, immediately after their evacuation to Svyatohirsk, a town in Donetsk Region that largely remains under Ukrainian control and has been under incessant Russian fire.

“Dozens of small towns and villages in Ukraine are under relentless attack, with their desperate inhabitants finding themselves caught in the crossfire or under siege by attacking Russian forces,” said Marie Struthers, Amnesty International’s Director for Eastern Europe and Central Asia.

“The testimonies we have gathered from Izium reveal the terror experienced by the town’s civilian population, trapped in their basements with almost no food or water, and under constant attack.

“Izium and other towns on the frontline now urgently need humanitarian corridors to enable the safe evacuation of civilians wishing to leave, and the delivery of humanitarian supplies to reach those who remain behind.”

Reports of Russian military attacks on Izium first appeared on 28 February, and the town has been exposed to constant rocket fire since 3 March.
Most of the town’s residential areas are cut off from electricity, gas, heating, and mobile communication as a result of attacks. According to the Ukrainian Prosecutor General’s Office, eight civilians, including two children, were killed in strikes on 3 March, which also caused significant damage to the town’s central hospital. Further casualties have been reported since that time.

‘Everything was under fire’

Interviewees told Amnesty International that Russian forces carried out attacks that have killed and injured civilians, and destroyed or damaged civilian infrastructure, including residential houses, schools, kindergartens, medical facilities, and food stores. Some of the attacks appear to have been indiscriminate, and therefore unlawful.

Svitlana, a 72-year-old internally displaced person, has been living in Izium since relocating from Donetsk, which has been controlled by Russian-backed armed groups since 2014.

She told Amnesty International: “When they began to bomb us, on 3 or 4 [March], we couldn’t go outside anymore. Day and night, rockets were being shot… If this continues for a few more days, the people and the town will be finished off.”

Since the attacks began and several grocery stores were closed or destroyed, Izium’s population has been completely dependent on humanitarian aid and personal food supplies. Access to electricity, gas, heating and any form of communication has been cut, and they are also suffering due to lack of sanitation and water shortage.

Tetyana, who stayed in a shelter in the town with her five-month-old baby, said: “When we were leaving [evacuating], there were three five-litre containers left for 55 people. I don’t know how they are going to survive.”

Humanitarian aid and bread have been delivered to the town sporadically. However, due to shortages and the ongoing lack of communications, this has only reached some civilians, mainly those hiding in larger bomb shelters, which are often located in schools.

Interviewees told Amnesty International that people who lived in residential neighbourhoods in individual family houses were struggling to access food as their neighbourhoods were among the most damaged, and most houses had no basement or just a very small basement to seek safety.

Natalia, a resident of a private house, said: “We spent six days in the cellar. It’s very small, you have to stand in it, it’s impossible to lie down. As soon as there was a pause [in attacks], we would quickly run out, and get some eggs from the hens… Our child was hungry, since we hardly ate. All we had was leftover dry bread, apples from the cellar, canned pickles, and jam… We couldn’t get any other food anywhere; we couldn’t leave our house. Everything was under fire.”

Two interviewees said they were caught in crossfire as battle raged in the town’s populated urban setting. One man said that several Ukrainian fighters – who would be considered lawful targets of attack under the rules of war – were based in one of the flats in their building which came under attack. Other Izium residents told Amnesty International that there were no military bases or other military objectives in the vicinity of their bombed-out neighbourhoods.

On 9 March, according to local sources, constant strikes and indirect fire meant that local authorities were able to evacuate only 250 people from Izium, instead of the planned 5,000. On 10 March, a further 2,000 people were evacuated. Along with local authorities, local volunteers and activists used private cars to evacuate civilians. Many civilians, primarily older people and people with disabilities, chose to stay or were not able to leave.
International humanitarian law prohibits deliberate attacks on civilians and civilian objects, as well as indiscriminate and disproportionate attacks. Russian forces must take all feasible precautions to spare civilians and civilian objects.

Ukrainian forces should also take all feasible precautions to protect the civilian population and civilian objects under their control from the effects of attacks. In particular, they should avoid operating from civilian neighbourhoods, where they could draw fire that results in harm to civilians and civilian objects.

Amnesty International has previously called for civilians whose homes have been destroyed and others fearing for their lives because of Russian bombardment to be granted access to safe humanitarian corridors. Amnesty International considers the Russian invasion of Ukraine as an act of aggression.