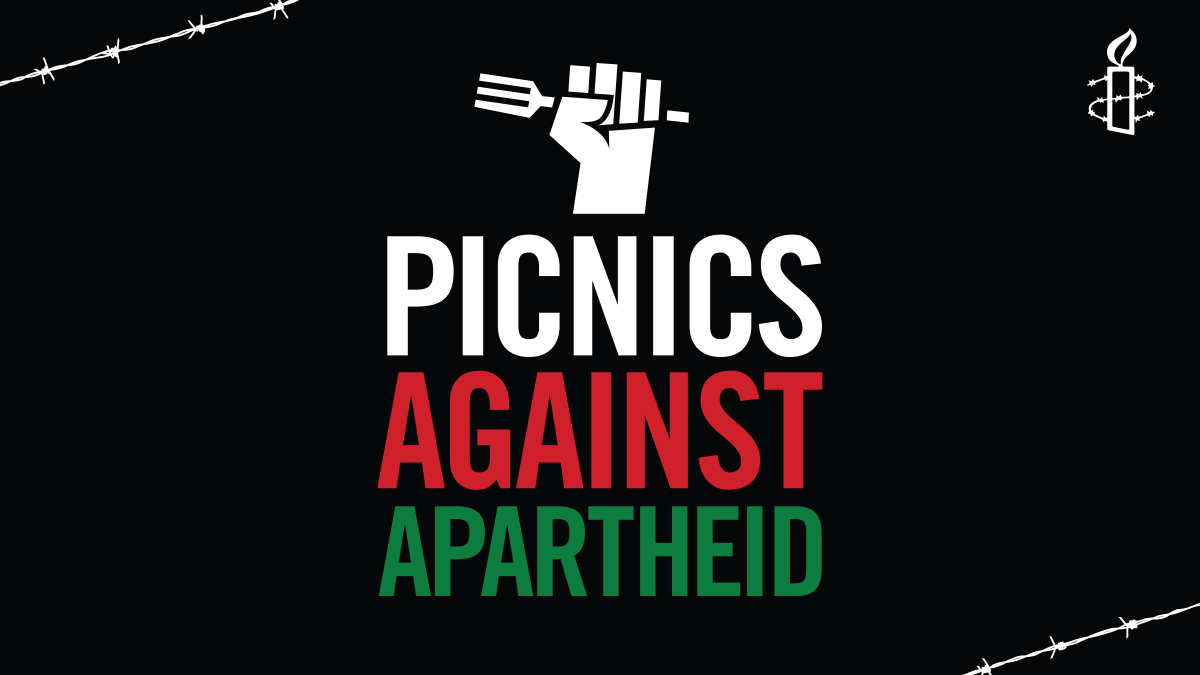 Join a Picnic Against Apartheid

Join us in solidarity with Palestinians who face oppression under apartheid.

Amnesty International Ireland has launched Picnics Against Apartheid in solidarity with Palestinians forced out of public spaces by Israeli authorities – just because of who they are – often for something as simple as having a picnic.

This is just one example of how Israel enforces a system of oppression and domination against the Palestinian people wherever it has control over their rights, and it must end now.

We can do our part in Ireland by getting everyone to recognise what is happening for what it is: apartheid – a crime against humanity.

Picnics Against Apartheid is about doing just that.

So, we’re asking you to join in and take up space this summer in public parks and green areas across the country as a visible demonstration of solidarity.

If you’d like to organise or attend a Picnic Against Apartheid in your local area, please fill out the form. We will be in touch with information and resources to help you get started.

This event is part of Amnesty International’s campaign calling for Israel to end the international wrong, and crime, of apartheid, against Palestinians. Find out more here about Israel’s Apartheid Against Palestinians: A Cruel System of Domination and a Crime Against Humanity.

More info on what’s involved in organising your own picnic here.

Picnics are being planned for September in Donegal and Galway – sign up to hear more.