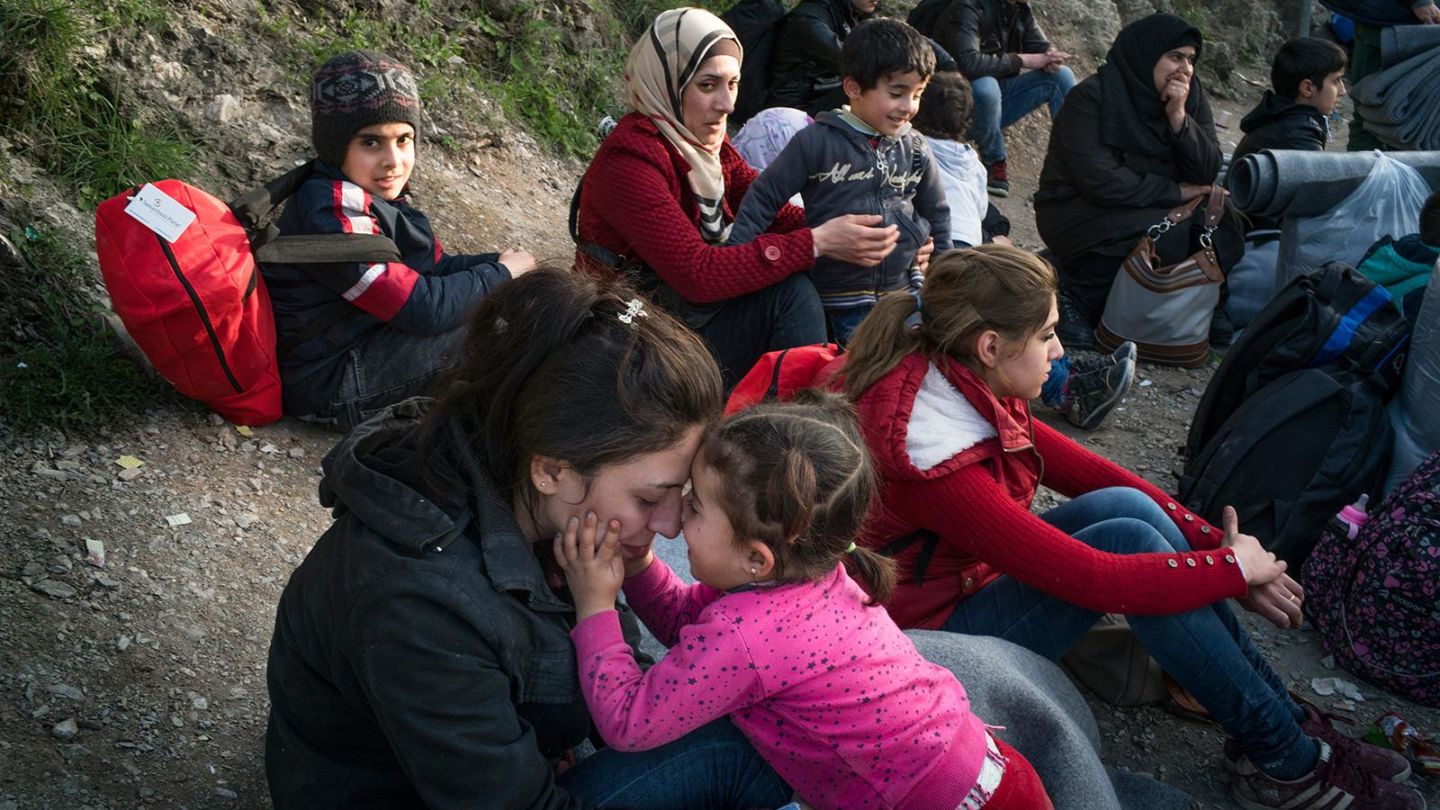 There is an urgent need for governments around the world to provide better protection for women and girls, lesbian, gay, bisexual, transgender and intersex (LGBTI) refugees, who face appalling levels of sexual and gender based violence at every stage of their journeys, Amnesty International said today as an international campaign, 16 Days of Activism against Gender Based Violence, was launched.

“Imagine living in a refugee camp where you are too scared to go the toilet, or being subjected to sexual harassment on a daily basis in your host community because of your gender or identity. This is the terrifying reality for hundreds of thousands of women and girls and LGBTI refugees around the world, and the shameful inaction of wealthy governments is prolonging it,” said Colm O’Gorman, Executive Director of Amnesty International Ireland.

“To mark the beginning of the annual 16 Days of Activism against Gender Based Violence, we are urging governments around the world to implement their legal obligations to eliminate gender based violence. This means taking targeted measures like ensuring that police provide a safe and confidential environment for refugees to report incidents of gender based violence.

“It is also vital that governments around the world do more to share responsibility for protecting refugees by significantly increasing the number of resettlement places made available for refugees most in need of protection. The poverty and insecurity in which many refugees find themselves in countries like Lebanon and Libya heightens the risk of sexual exploitation and gender based violence.”

Refugees and migrants in transit are at high risk of abuse, including violence and human trafficking. Women, girls and LGBTI individuals face specific threats such as sexual harassment, rape and other forms of gender based violence, underscoring the urgent need for safe and legal routes.

In 2016 women refugees and migrants from sub-Saharan Africa who had passed through Libya told Amnesty International that rape was so commonplace along the smuggling routes that they took contraceptive pills whilst travelling to avoid becoming pregnant as a result of it.

Gender based violence is also increasingly becoming a “push” factor for women and LGTBI individuals, forcing them to flee their places of origin and seek protection in other countries.

Patricia* [pseudonym] a 32-year-old trans woman, told Amnesty International about the harassment and persecution she experienced in El Salvador:

“Police officers followed me around, extorting money from me, harassing me and beating me up. They said they did not like me because of ‘who I am’. I was threatened by gangs as well – each month they charged me ‘rent’ but I was not able to pay it all. I believe I was threatened because of discrimination or homophobia, because of who I am. I had thought about going to the authorities but I realised that they were the same people who were harassing me.”

Fearing for her safety, Patricia decided to travel to Mexico, but was deported after several months, during which time she was beaten and robbed twice.

Amnesty International has highlighted how women and girls and LGBTI refugees from Central America’s Northern Triangle countries (Guatemala, El Salvador and Honduras) fleeing high levels of violence are at risk of gender-based violence both in their countries of origin and while in transit. Host countries like Mexico are not offering them adequate protection: in 2015 98% of people from Central America detained by Mexican authorities as irregular migrants were sent back to their countries of origin.

All over the world, refugee women and girls without regular papers find they are faced with a stark choice between letting crimes committed against them go unreported, or reporting the crime and risking detention, deportation, and penalisation, for lacking valid residence permits.

Maryam* [pseudonym], a Syrian woman from Homs who arrived in Lebanon in 2013, told Amnesty International that police officers would often stop by the house she rented with female relatives, threatening to imprison them if they did not “go out” with the police officers. She said:

“Harassment of [refugee women] is a very big problem in Lebanon, whether I’m single or married, I’m always harassed. It’s why we’re afraid for our children. I have a daughter who is 16 and I’m afraid to send her even to the closest shop.”

Solidarity with the Yezidi women in Greece

This year Amnesty International is calling on its supporters to send messages of solidarity to a group of Yezidi women from Northern Iraq who were forced to flee in August 2014 when the armed group calling itself Islamic State (IS) swept through the region in a systematic campaign of ethnic cleansing. They were left stranded in Greece in dire conditions.

For more than five months the women stayed in Nea Kavala camp where conditions are appalling with poor lighting, a lack of safe or separate toilets and showers, and no mechanisms to report sexual harassment. They felt very unsafe and formed a ‘protection circle’ to look after each other in the absence of any state protection in the camp. The women have since moved to another camp.

“Greece and other countries hosting refugees must act urgently to improve the reception conditions of refugees stranded in the country, including adequate measures to ensure the safety of refugee women and girls,” said Colm O’Gorman.

“At an absolute minimum, this means ensuring that safe, toilet facilities and sleeping areas are provided for women and girls, and LGBTI refugees, as well as ensuring access to services and healthcare for those who have suffered gender based violence.”