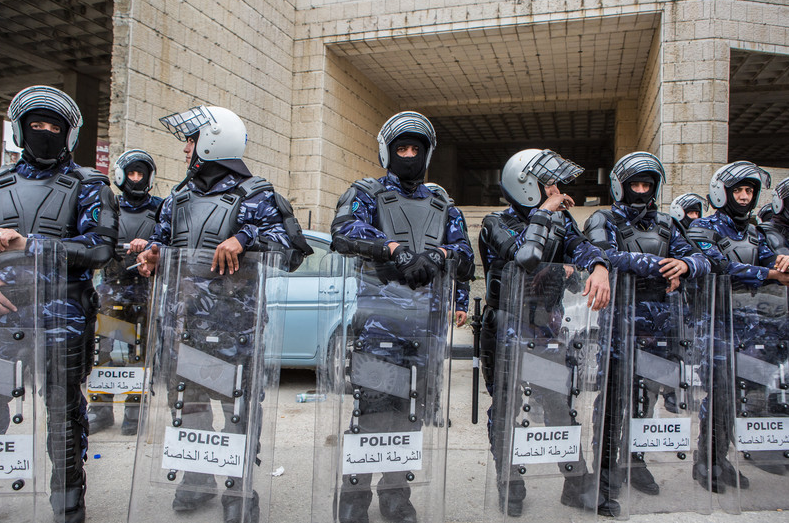 Palestine: Authorities have failed to ensure accountability for the killing of Nizar Banat

Justice remains elusive one year on from the death of Nizar Banat, a Palestinian activist who died shortly after he was arrested and brutally assaulted by Palestinian security forces in June 2021, Amnesty International said today. The organization is calling on Palestinian authorities to ensure those responsible for Nizar Banat’s death are held to account by the civilian justice system since proceedings in military courts are fundamentally compromised.

Nizar Banat was a prominent activist and outspoken critic of corruption within the Palestinian authorities in the West Bank. On 24 June 2021, a joint unit comprising Palestinian Preventive Security and General Intelligence forces stormed the house where he was staying, beat him with batons, and took him away in a military vehicle. He died around an hour later while being taken to hospital. Palestinian authorities charged 14 officers over his death but failed to question or investigate any senior officers. The investigation and trial took place before the military justice system, in violation of human rights standards.

“The flawed military trial of 14 low-ranking security officers will not bring about justice. There needs to be a civilian trial following international standards, not just a smokescreen to protect those higher up. It is essential that the individuals who gave orders to arrest Nizar Banat for no lawful reason, and who oversaw the assault, are also held to account,” said Heba Morayef, Amnesty International’s Regional Director for the Middle East and North Africa.

“Under international human rights law, cases involving human rights violations should be prosecuted in civilian courts, even if they involve members of the military. The Palestinian Authority must immediately transfer this case to the civilian justice system, to ensure that proceedings are independent of those involved in the crime.”

The trial opened in September 2021 before the Ramallah military court. On 1 November 2021, Nizar Banat’s family and the lawyer representing them, Ghandi Al-Rabi, pulled out from one hearing after the defense lawyer for the 14 suspects accused Hussein Banat, a relative of Nizar Banat, of being a false witness. The family lawyer urged the court to register this smear and added this objection as further evidence that the military court was not acting impartially towards the security forces.

Ghandi Al-Rabi told Amnesty International that legal proceedings have been repeatedly obstructed in the case, highlighting constant postponements, smearing of witnesses, and, most recently, the temporary release of those being tried for killing Nizar Banat.

The 14 officers have not been suspended from active duty in the Palestinian Preventive Security Forces. They were detained in July 2021 in the military prison in Jericho, however on 21 June 2022, the Military Attorney General authorized their release from 21 June to 2 July 2022. Their temporary release was requested as a “holiday” and guaranteed by their colleagues in the Palestinian Preventive Security Forces.

“The judicial process resembles a farce, when the very organization that employs the suspects is also offering to guarantee the suspects’ cooperation with their trial. This is precisely why a military court can never bring the truth to light,” said Heba Morayef.

On 18 May 2022, Ghandi Al-Rabi and Nizar Banat’s family fully withdrew from court sessions, saying they had lost trust in the proceedings. They are preparing the case for civilian courts.

Ghandi Al-Rabi told Amnesty International: “We were fighting to bring to justice not only those who committed the horrific act of torturing and murdering Nizar, but also those who gave the order, facilitated, and greenlighted it. Now, we’re set back 10 steps as the accused are on ‘holiday’!”

Nizar Banat’s cousin Ammar Banat was one of those who witnessed the arrest last June. He told Amnesty International that a group of security officers detonated the door of the house and broke in. They did not present any warrant, and proceeded immediately to the room where Nizar Banat was sleeping. According to Ammar Banat, members of the security forces began beating Nizar with batons, including on his head, and sprayed his face with pepper spray. They then stripped him to his underwear and dragged him into a waiting vehicle, without informing the family where he was being taken.

The security forces’ investigation into the death of Nizar Banat, which was completed on 6 September, absolved regional commanders of all responsibility for the orders to arrest without a warrant and for the culture of excessive violence.

Palestinian authorities continue to repress freedom of expression and assembly in an escalating campaign to crush dissent. Security forces responded to protests sparked by Nizar Banat’s death with excessive force. On 3 July 2021, hundreds of Palestinians gathered in Ramallah, a city in the central West Bank in Palestine, for a peaceful demonstration against President Mahmoud Abbas. Security officers arrested dozens of demonstrators, including Ghassan al-Saadi, a vocal critic of the Palestinian authorities, while on his way home following the protest. During his arrest they punched, kicked and beat him with batons.