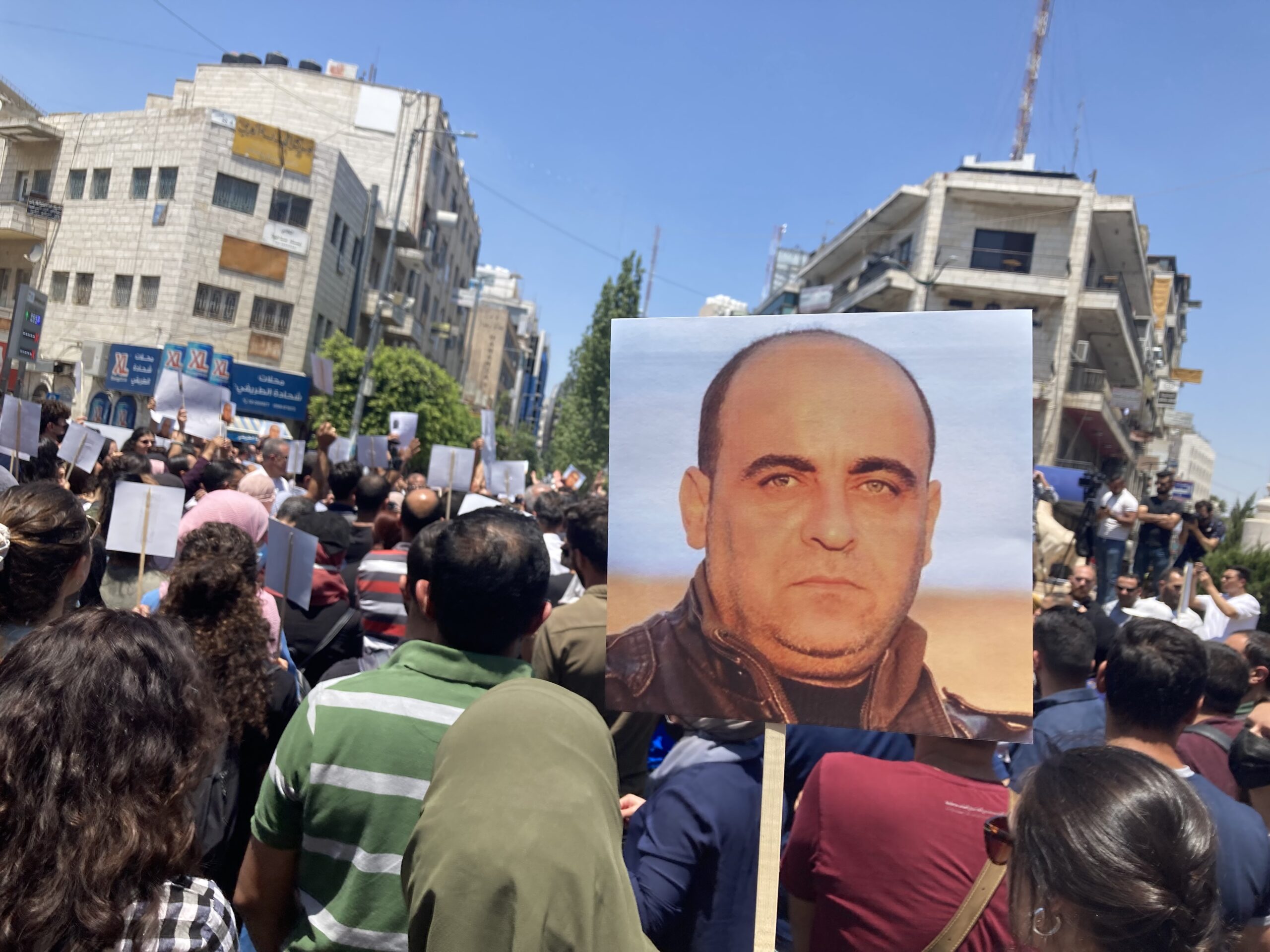 Palestine: Investigation into death in custody of Palestinian activist must be transparent, effective

The Palestinian authorities in the West Bank must ensure that the investigation announced into the death Nizar Banat, an activist from Hebron who died in their custody this morning, is independent, impartial, effective, and transparent Amnesty International said.

Nizar Banat was a prominent activist and an outspoken critic of corruption within the Palestinian authorities in the West Bank. At around 3.30 am on 24 June, a joint unit of Palestinian Preventive and Intelligence forces stormed the house where he was staying beat him and took him away in a military vehicle.

“The fact that Nizar Benat died so soon after his shockingly brutal arrest raises serious alarm. The Palestinian authorities must ensure the circumstances of his death, including whether he was tortured in custody, are investigated in an independent, impartial and transparent manner. An independent autopsy must be carried out,” said Saleh Higazi, Deputy Director for the Middle East and North Africa at Amnesty International.

Ammar Banat, Nizar Banat’s cousin, witnessed the arrest. He told Amnesty International that a group of around 25 security officers detonated the door of the house and broke in. They did not present any warrant and proceeded immediately to the room where Nizar Banat was sleeping. According to the witness, members of the security forces started beating him with batons including on his head and sprayed his face with pepper spray. They then stripped him of his clothes except for his underwear and dragged him into a one of the security forces’ vehicles outside without informing the family where he was being taken.

A statement from the governor of Hebron, Jibreen Al-Barki, said Nizar Benat’s health deteriorated while in custody and he was taken to Hebron Government Hospital where he was pronounced dead.

According to the family’s lawyer, Shaker Tumeize, there was approximately an hour between Nizar Benat’s arrest and his death.

“In recent years Palestinian authorities have intensified their crackdown on Palestinian journalists, human rights defenders and peaceful protesters in a bid to crush dissent. Nizar Banat was a known critic of the Palestinian authorities and had received death threats relating to his political activism raising further suspicions over his sudden death,” said Saleh Higazi.