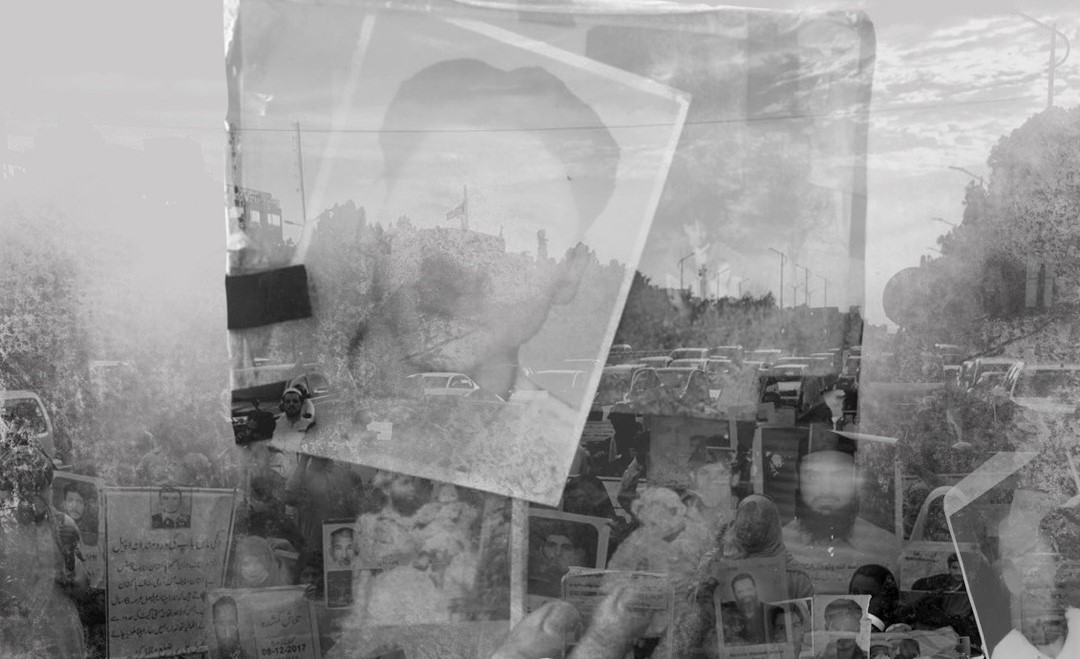 Pakistan: Protests by families of the disappeared met with intimidation, harassment and violence

The Pakistan authorities must end their outrageous crackdown on peaceful protests by families seeking justice for the enforced disappearance of their loved ones, Amnesty International said today in a new briefing detailing the state’s violation of the right to peaceful protest.

The briefing, ‘Braving the Storm: Enforced Disappearances and the Right to Protest’, documents the state’s use of harassment, intimidation, and even violence, to stifle peaceful protests by families of the disappeared. Many families turn to public demonstrations to pressure authorities to release their loved ones or for information about their whereabouts, having exhausted all means of redress through the justice system.

“Families of the disappeared are constantly let down by authorities through their lack of access to justice, the ineptitude of the Commission of Inquiry on Enforced Disappearances* and the failure of state institutions to hold perpetrators to account or even provide any answers,” said Dinushika Dissanayake, Deputy Regional Director for South Asia at Amnesty International.

“This injustice is only compounded by the cruel and callous treatment meted out to these families when they protest. The crackdown on the right to peaceful protest must end immediately.”

Gul Naaz, who has been campaigning for her brother’s return since his disappearance in 2009 from the city of Mingora, told Amnesty International that the police have shown up at her home, questioned her family members and even pressured them to forbid her from protesting.

Another person Amnesty International spoke with described how 40-50 police officers showed up at a peaceful protest in Peshawar in 2021 and warned protesters that if they did not immediately disperse, the police would “do something to them that they would always remember.”

Amina Masood Janjua, who has been campaigning against enforced disappearances after her husband disappeared in 2005, told Amnesty International that she had received threatening phone calls from unidentified numbers. “I got calls saying, ‘your funeral is ready, you are going to be killed’. When I asked, ‘why am I going to be killed?’ they said, ‘because of your campaigning’.”

In some cases, the authorities have also resorted to arbitrary arrests and detention to discourage peaceful protests and stop people from gathering to exercise their right to freedom of peaceful assembly.

Gul Naaz said the police have stopped vehicles carrying protesters on their way to a rally. “If we still insisted on going, they would call the lady police [female police officers] and forcefully take us out [of the vehicles] and not let us go,” she told Amnesty International.

The organization has also documented unlawful charges being brought against protesters for “blocking the road” or “disobeying the law” for participating in a peaceful protest in an attempt to discourage them from campaigning.

On June 13, police in Sindh province used unnecessary and unlawful force to break up a peaceful protest in Karachi by relatives and civil society, protesting against the disappearance of two Baloch students, Doda Baloch and Ghamshad Baloch.

Fawad Hasan, a journalist who was covering the sit-in, told Amnesty International that he witnessed police slapping female protesters, beating male protesters with batons and sticks, and kicking a pregnant woman in the stomach.

“The horrifying images of the violent crackdown on the protest in the city of Karachi are emblematic of the fierce pushback from the state that families of the disappeared have to contend with every day. Enforced disappearances should be a crime, not peaceful protest,” said Dinushika Dissanayake.

The incidents described to Amnesty International indicate that police and intelligence agents have used unnecessary force to disperse peaceful protests – in breach of international human rights laws and standards. Any decision to disperse an assembly should be taken only as a last resort and carefully in line with the principles of necessity and proportionality.

“All law enforcement officials must respect and facilitate peaceful assemblies, and all allegations of intimidation by state actors must be effectively, impartially and expeditiously investigated,” said Dinushika Dissanayake. “Amnesty International also reiterates its long-standing call to the Government of Pakistan to stop the practice of enforced disappearances and outlaw it entirely. Pakistan must also accede to International Convention for the Protection of All Persons from Enforced Disappearance (CED).”

Learn more about our Protect the Protest campaign.
—-
* The Commission of Inquiry on Enforced Disappearances (COIED) is a domestic body tasked with the “registration, inquiry, hearing and investigation” of cases of disappearances.