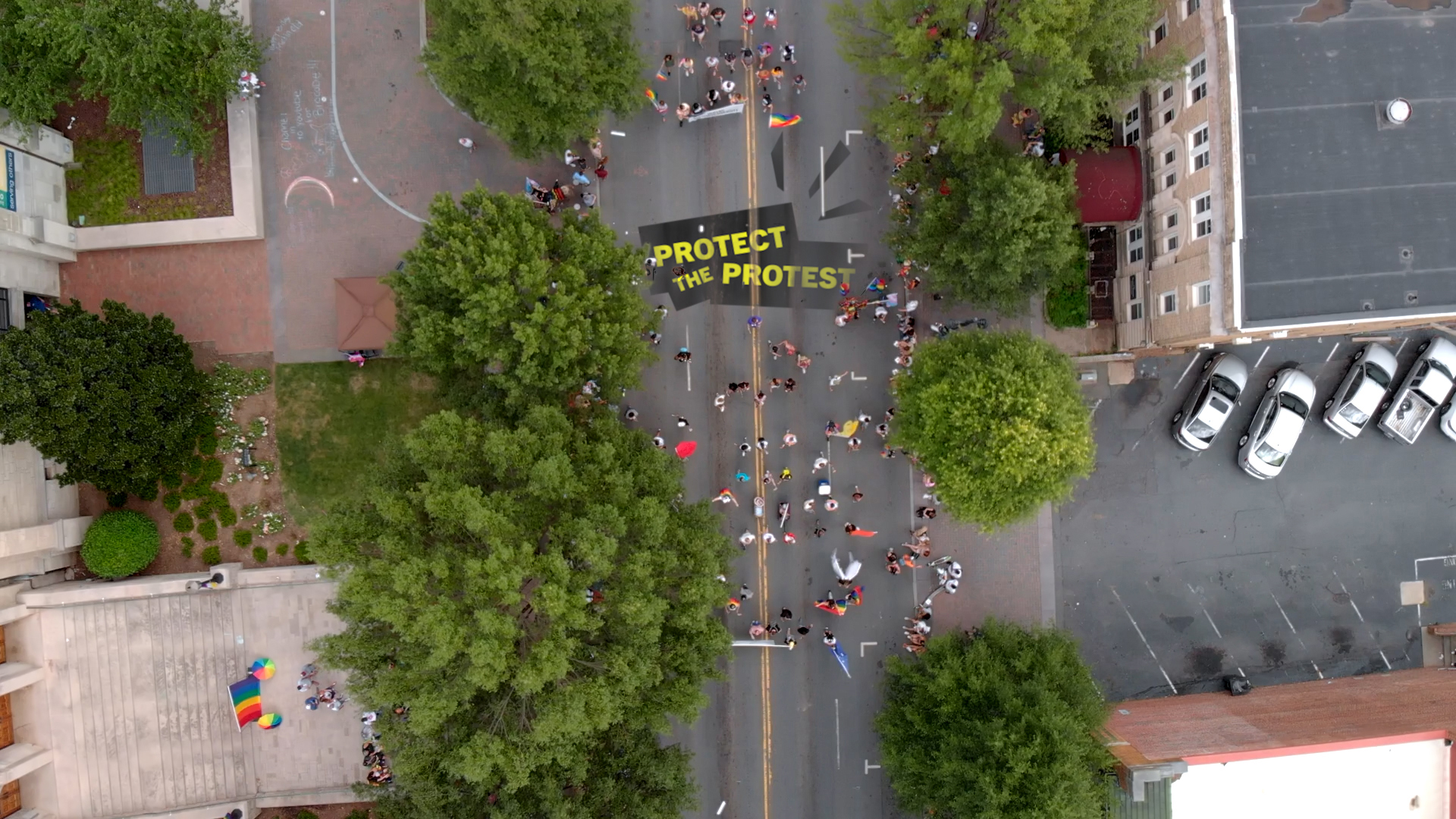 The right to protest is under unprecedented and growing threat across all regions of the world, Amnesty International said today, as the organisation launched a new global campaign to confront states’ widening and intensifying efforts to erode this fundamental human right.

From Russia to Sri Lanka, France to Senegal, and Iran to Nicaragua, state authorities are implementing an expanding array of measures to suppress organised dissent. Protesters across the globe are facing a potent mix of pushbacks, with a growing number of laws and other measures to restrict the right to protest; the misuse of force, the expansion of unlawful mass and targeted surveillance; internet shutdowns and online censorship; and abuse and stigmatisation. Meanwhile, marginalised and discriminated groups are subjected to even further barriers.

Amnesty International’s “Protect the Protest” campaign will challenge attacks on peaceful protest, stand with those targeted and support the causes of social movements pushing for human rights change.

“In recent years we have seen some of the biggest protest mobilizations for decades. Black Lives Matter, MeToo, and the climate change movements have inspired millions the world over to take to the streets and online to demand racial and climate justice, equity and livelihoods, and an end to gender violence and discrimination. Elsewhere, people have stood up in their thousands against police violence and killings, state repression and oppression,” said Agnès Callamard, Amnesty International’s Secretary General.

“Almost without exception, this wave of mass protest has been met with obstructive, repressive and often violent responses by state authorities. Instead of facilitating the right to protest, governments are going to ever greater lengths to quash it. This is why, as the world’s biggest human rights organisation, we have chosen this moment to launch this campaign. It’s time to stand up and loudly remind those in power of our inalienable right to protest, to express grievances, and to demand change freely, collectively and publicly.”

A range of issues including the environmental crisis, growing inequality and threats to livelihoods, systemic racism and gender-based violence have made collective action ever more necessary. Governments have responded by introducing legislation imposing illegitimate restrictions on the right to protest. For example, we have seen blanket bans on protests, as seen in Greece and Cyprus during the Covid-19 pandemic. In the UK, a new law contains provisions providing police officers with wide-ranging powers, including the ability to ban ‘noisy protests’, while in Senegal, political demonstrations in the centre of Dakar have been banned since 2011, precluding protests near government buildings.

Governments of all kinds are also increasingly using emergency powers as a pretext to clamp down on dissent. This was seen at the height of the Covid-19 pandemic in countries including Thailand, while in the Democratic Republic of Congo, a government-imposed ‘state of siege’ has provided military and police officers with extensive powers to restrict protest in the provinces of Ituri and North Kivu since May 2021.

Governments across the world are justifying restrictions by arguing that protest constitutes a threat to public order and by stigmatising protesters; branding them “troublemakers”, “rioters”, or even “terrorists”. By casting protesters in this light, authorities have justified zero-tolerance approaches: introducing and misusing vague and draconian security laws, deploying heavy handed policing, and taking pre-emptive deterrent measures.

This approach was witnessed in Hong Kong, where the National Security Law and its expansive definition of “national security” have been used arbitrarily, among other things, to restrict protest.

And, in India, the anti-terror Unlawful Prevention (Activities) Act (UAPA) and the crime of “sedition”, have been used repeatedly against peaceful protesters, journalists, and human rights defenders.

While governments have long relied on aggressive tactics to police protests, security forces have increased the amount of force they use in recent years.

So-called less lethal weapons, including batons, pepper spray, tear gas, stun grenades, water cannons, and rubber bullets are routinely misused by security forces. And, since the early 2000s, Amnesty International has documented a trend towards the militarisation of state responses to protests, including the use of armed forces and military equipment. In countries including Chile and France security forces in full riot gear are often backed by armoured vehicles, military-grade aircraft, surveillance drones, guns and assault weapons, stun grenades and sound cannons.

During the mass uprising that followed the 2021 coup in Myanmar, the military used unlawful lethal force against peaceful protesters. More than 2,000 people have been killed, according to monitors, and more than 13,000 arrested since the military seized power.

People who face inequality and discrimination, whether based on race, gender, sexual orientation, gender identity, religion, age, disability, occupation, social, economic or migratory status are also more affected by restrictions on their right to protest and face harsher repression.

For example, women, LGBTI and gender-non-conforming people are facing different types of gender-based violence, marginalization, social norms and legislation. In countries including Sudan, Colombia and Belarus, women have been sexually assaulted for participating in protests, while in Turkey, for example, Pride marches have been banned for years.

“Our campaign comes at a critical juncture. The precious right to protest is being eroded at a terrifying pace, and we must do all we can to push back,” said Agnès Callamard.

“Countless protesters have been killed in recent years, and it is partly on their behalf that we must now raise our own voices and defend our right to speak truth to power through protests in the streets and online.”

The briefing, Protect the Protest!: Why we must save our right to protest, is available here.

International human rights law protects the right to protest through a number of separate provisions enshrined in various international and regional treaties which, taken together, provide protests with comprehensive protection. Even though the right to protest is not codified as a separate right in human rights treaties, when people engage in protests, whether individually or collectively, they are exercising a variety of rights, which can include the rights to freedom of expression and peaceful assembly.