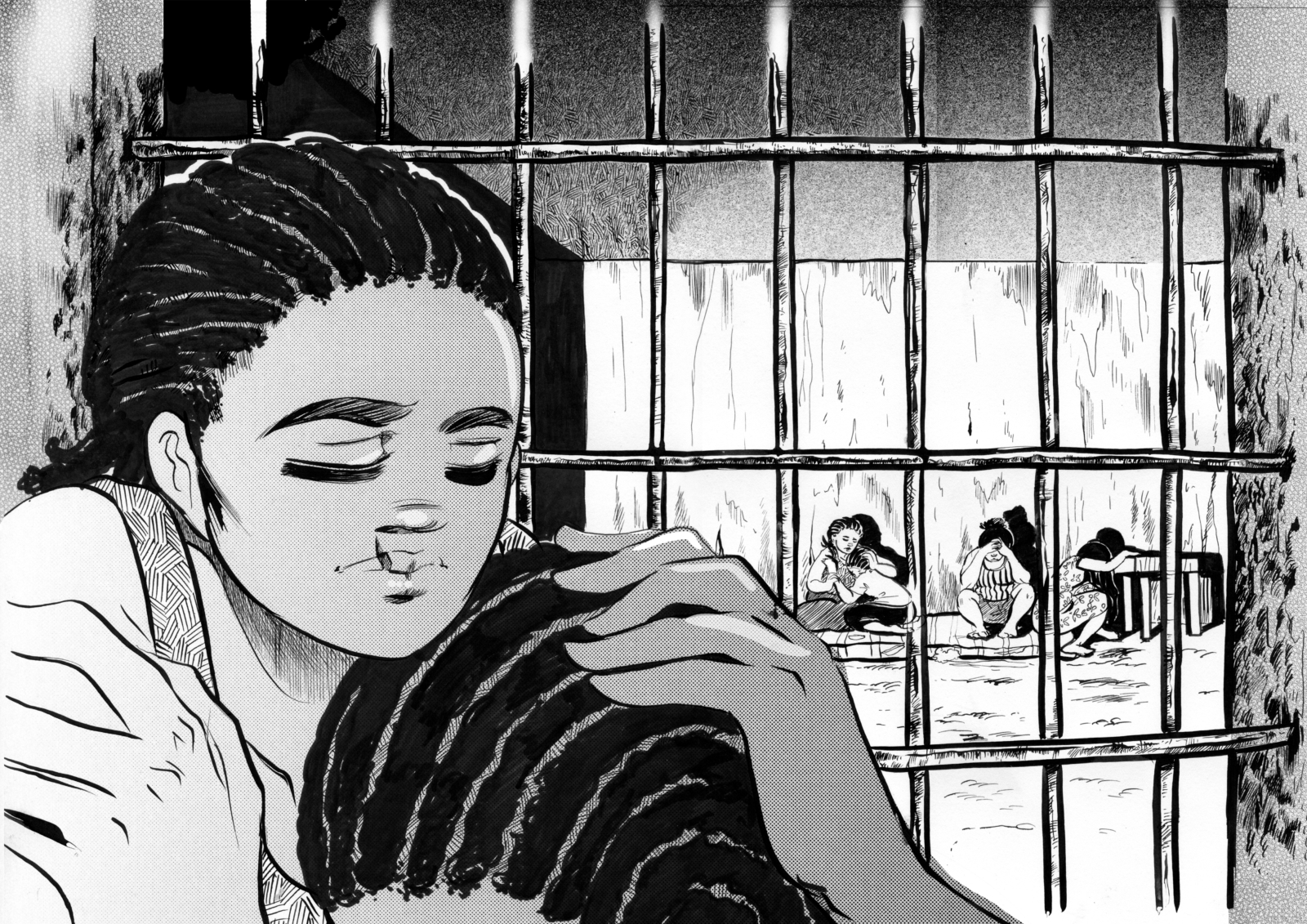 Lybia: Refugee women at risk of gender based violence

Smuggling routes throughout Libya poses acute safety threats for refugee women who are at risk of abduction, trafficking, rape and other forms of gender-based violence. Ada* [pseudonym] is a Nigerian woman from Eziowelle. She arrived in Libya in May 2015 before going to Italy in December later that year.

In Nigeria, I didn’t go to school. I was 10 years old when I lost both my parents and my uncle took me to Port Harcourt. He used to sleep with me all the time. I got pregnant four times and had four abortions. My uncle didn’t want me to go out so I had to stay in the compound. He had a gun and threatened he would kill me if I spoke about what happened. Every time he slept with me he gave me money. The last time he slept with me I told a woman I knew about my uncle and she said I should run away. I gave her my money to help me leave and she gave me a mobile and SIM card. She arranged for me to go to Libya with some other people in April 2015.

We arrived in Libya in May. Some men kidnapped us and put us in a big house in Sabah. They said we should bring money. I told them I had none.

They slept with all the women every night. We were taken to a separate room. They kidnapped more people and one of the new girls asked me why I always cried. I told her I couldn’t leave and had spent 7 months there. She got someone to pay for me and she said I should go with her to Italy. We were transferred by car to another place and then walked for many hours in the night before we finally arrived at the beach. When I saw the sea and the boat, I was scared. It was an inflatable rubber boat and they were pushing us and shouting ‘enter, enter!’ There were over a hundred of us on the boat and we were very uncomfortable.

I arrived in Italy two days later. I don’t even know how we got here. I was crying when the Italian people rescued us. We all survived. When we arrived at the port of Crotone we saw so many police and I was scared. From there they took us by bus to another centre where I stayed for four days. Soldiers would check that no one had escaped. We left by bus and arrived at the BARI centre of assistance. In both places I was asked for my name, surname and nationality but my mind was far away. I couldn’t even remember the name of my parents.

I told my story and gave my fingerprints. Now I’m seeking protection, I like the way I’m living now, without anyone bothering me but I [often] think about my parents. I want to stay in Italy, I want to learn Italian, I love Italian people.”

Refugees and migrants are at high risk of abuse including sexual and gender-based violence, killings, torture, religious persecution and human trafficking by people smugglers, organized criminal gangs and armed groups and in detention centres when travelling along the smuggling routes to and through Libya.

On those routes refugee and migrant women in particular face high risks of sexual and gender-based violence, so much so, that many of them decide to take contraception ahead of the journey to avoid becoming pregnant if they are raped. Women are sexually assaulted either by the smugglers themselves, traffickers or members of armed groups. Attacks take place along the smuggling route and while women are held in private homes or abandoned warehouses near the coast waiting to board boats to Europe.

Migrant women and refugees held in immigration detention centres which fall under the Ministry of Interior have reported sexual harassment and sexual violence, as well as other forms of torture and other ill-treatment. None of the detention centres have female guards, heightening the risk of sexual abuse.

The rise of powerful armed groups in recent years, including some which have pledged allegiance to the armed group calling itself Islamic State (IS) has put foreign nationals – especially Christians – at an increased risk of abuse and potential war crimes. Non-Muslim refugees and migrant women abducted by IS in particular are under huge pressure to convert and face increased risks of violence, rape, and sexual slavery.

Despite the ongoing fighting in parts of Libya, hundreds of thousands of refugees and migrants – mostly from Sub-Saharan Africa – travel to Libya to flee war, persecution or extreme poverty, often in the hope of settling in Europe. Amidst the lawlessness and violence that continues to plague the country, a lucrative people-smuggling business has been established along routes running from southern Libya to the Mediterranean coast in the north where boats bound for Europe depart. Thousands have died at sea while attempting to make the journey to Europe. A survey conducted by the International Organization for Migration (IOM) found that 71% of migrants taking the Central Mediterranean routes connecting North Africa to Europe have experienced exploitation and practices which may amount to human trafficking.

IOM also states that most foreign nationals residing in Libya originate from Niger, Egypt, Chad, Ghana and Sudan. The majority of those transiting through the country and then crossing to Italy by boat are from Eritrea, Nigeria, Gambia, Somalia and Côte d’Ivoire.