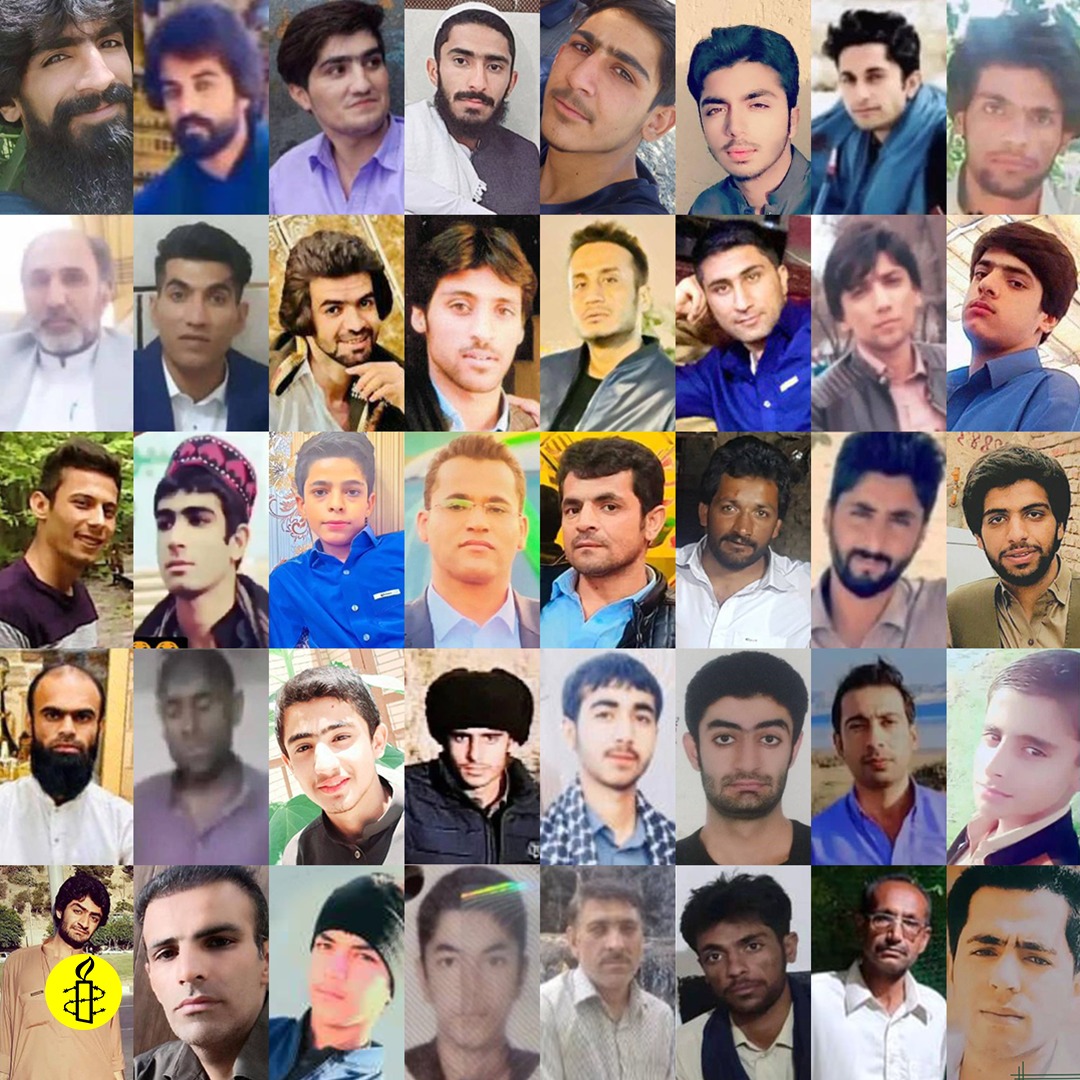 Iranian security forces unlawfully killed at least 66 people, including children, and injured hundreds of others after firing live ammunition, metal pellets and teargas at protesters, bystanders and worshippers during a violent crackdown after Friday prayers on 30 September in Zahedan, Sistan and Baluchistan province, Amnesty International said today. Since then, another 16 people were killed in separate incidents in Zahedan amid an ongoing clampdown on protests. Evidence gathered from activists, victims’ families, eyewitness testimonies, and images and videos of the protests suggest the real death toll from Zahedan is likely to be higher.

Widely referred to by Iranians as “bloody Friday”, the onslaught on 30 September marked the deadliest day on record since protests started spreading across Iran nearly three weeks ago, after Mahsa Amini died in custody following her arrest by Iran’s “morality” police.

“The Iranian authorities have repeatedly shown utter disregard for the sanctity of human life and will stop at nothing to preserve power. The callous violence being unleashed by Iran’s security forces is not occurring in a vacuum. It is the result of systematic impunity and a lacklustre response by the international community,” said Agnes Callamard, Amnesty International’s Secretary General.

“It is particularly abhorrent that nearly three years after the November 2019 protests, in which hundreds of people were unlawfully killed, the Iranian authorities have shamelessly continued their ruthless assault on human life. The only way to break the impunity that empowers such actions is for UN member states to urgently establish an independent investigative and accountability mechanism for the most serious crimes under international law committed in Iran”.

Sign the petition to end the bloodshed in Iran.

A calculated plan to crush protests at any cost

Protests in Zahedan, Sistan and Baluchistan province, populated by the long-oppressed Baluchi ethnic minority, were scheduled to take place after Friday prayers on 30 September as a show of solidarity with nationwide protests and to demand accountability for the reported rape of a 15-year-old girl by a police commander in the province.

On 30 September, as a group of people finished praying in the Great Mosalla of Zahedan, a large prayer site near the city’s main mosque, and gathered outside the police station across the road to protest and chant, security forces fired live ammunition, metal pellets and tear gas at them from the police station rooftop.
Simultaneously, plain-clothed security forces fired at protesters and bystanders from the rooftops of several nearby houses, as corroborated by photographs shared by activists.

Security forces also unlawfully fired live ammunition, metal pellets and teargas directly into the vicinity of the Mosalla, where hundreds of people, including children and older people, were still performing Friday prayers.

Amnesty International has documented an alarming escalation in the use of force and firearms since 21 September, when the country’s top military body issued an order to commanders in all provinces instructing them to “severely confront troublemakers and anti-revolutionaries”.

Shots fired at the head and hearts

Evidence gathered by Amnesty International shows that the majority of victims were shot in the head, heart, neck and torso, revealing a clear intent to kill or seriously harm.

On 1 October, Mawlana Abdolhamid Ismaeelzahi, the outspoken Sunni leader of Friday prayers in Zahedan, recounted the crackdown in a video testimony. He stated that more than 40 people were killed after security forces standing on rooftops fired live ammunition towards a group of young protesters outside the police station as well as directly into the Mosalla towards men and women performing prayers.

The number of deaths recorded by Amnesty International concerns only victims whose names the organization has identified through information from primary sources directly impacted by the deaths or through Baluchi human rights activists. The organization has spoken to the families of 21 victims killed in Zahedan.
Amnesty International previously recorded the names of 52 people killed across the country by Iran’s security forces between 19 September and 25 September.

Consistent with their previous pattern of denial and cover-up, the authorities have under-reported the number of fatalities, announcing that 19 people, including bystanders and several members of the security forces, were killed during the protests in Zahedan on 30 September.

In an attempt to absolve themselves of responsibility for the deaths, the authorities have shared false narratives blaming the deaths on “terrorists”, “rioters” and “separatists” whom they claim were acting for foreign governments.

Propaganda videos broadcast on state media after 30 September have shown detainees, whom authorities allege were involved in armed attacks against security forces in Zahedan, with sacks over their heads. One video shows a detainee being asked leading questions by a TV presenter and being forced to make self-incriminating statements without a lawyer present over his alleged involvement in shootings on 30 September. Given the Iranian authorities’ well-documented patterns of producing and broadcasting coerced statements from detainees to cover-up human rights violations, Amnesty International is concerned that such statements have been extracted under duress.

Callous justification for unlawful use of force

The authorities have claimed that protesters committed acts of looting and arson on public property. However, beyond a minority of protesters throwing stones towards the police station, Amnesty International has found no evidence that, more generally, protesters and bystanders engaged in acts of violence during the Mosalla incident on 30 September that would pose a threat to life or serious injury to security forces or others and would justify the use of lethal force used against them.

Evidence also reveals that many victims killed during the incident at the Mosalla were shot in the back of their heads or torso, indicating that they were facing away from the security forces and posed no imminent threat to life or serious injury.

Under international human rights law and standards, the use of firearms is only considered lawful in response to an imminent threat of death or serious injury, and only when less dangerous means have proven to be insufficient. Even if some protesters engage in acts of violence, law enforcement officials must ensure that peaceful protests are allowed to continue without facing undue interference or intimidation by security forces. The use of any force is only permitted as a last resort in response to violent protests, must be legal, necessary and proportionate, with law enforcement officials clearly distinguishing between those engaged in acts of violence and those who are not.

Read more on our campaign to protect the protest across the world.