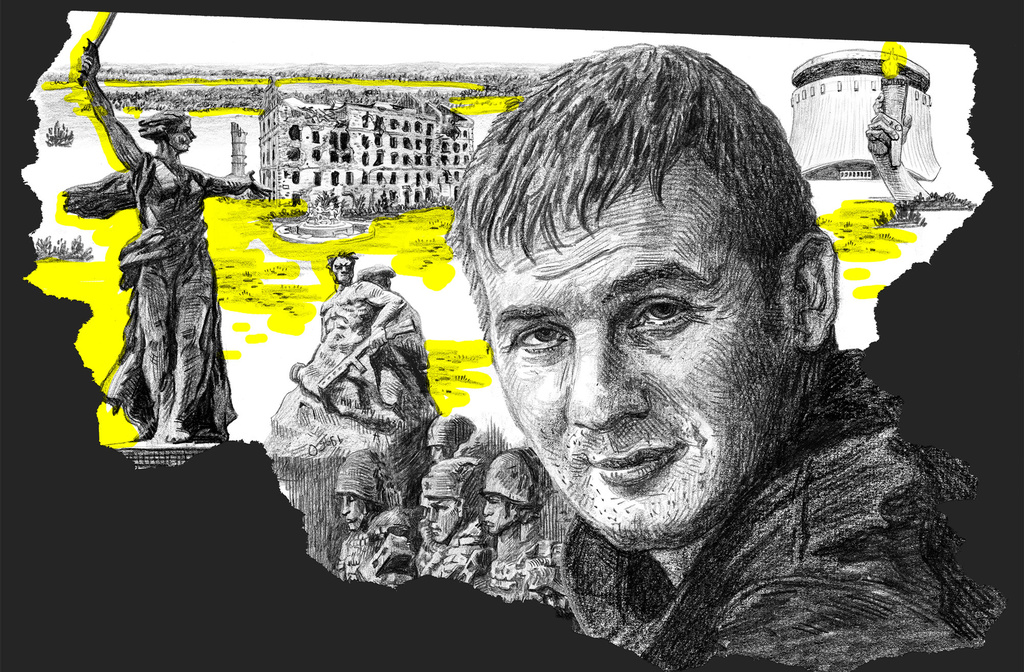 Igor Nagavkin was arrested in October 2016 on trumped-up charges accusing him of attempted theft. He is currently held in Butyrki Detention Centre in Moscow awaiting trial.

It happened 13 years ago, in the autumn of 2005. My brothers Misha and Igor turned up in a car in the middle of the night. Misha asked my mother to give him some warm clothes, a hat, warm trousers and his passport. He said that he found a job as a security guard to keep an eye on equipment at a collective farm near Rostov-on-Don. “Don’t worry” he said. And my brothers left. We didn’t even say goodbye properly.

I had a bad feeling. I tried to ask Misha’s friends about him but they kept evading my questions — they were so afraid to tell me. Some weeks later, Misha called on the phone. He wanted to speak to my mother but it was me who answered the phone. I could hear an echo. “Where are you, Misha? What happened to you? Are you in prison?” I asked. He tried to deny it but his voice quivered and I understood that I was right.  It turned out that he had been arrested on suspicion of selling drugs and taken to a pre-trial detention centre.

On 27 October 2005, we received a telegram with the news that Misha had passed away. It was only after receiving this telegram that we were able to find out what happened. The authorities told us that he died of peritonitis and a perforated ulcer in his duodenum. But he was a healthy man, he did not smoke or drink and he played sports. He was even a Candidate Master of Sports in judo and was also offered a position as a wrestling coach. I believe that he was beaten during interrogation and, to cover it up, the pre-trial detention centre administration refused to let him see a lawyer. His cellmates in the detention centre tried to stand up for him, they banged their tea mugs on the door and called for help but they were dispersed and transferred to different cells. Misha was held in solitary confinement. He even cut his wrists to get the attention of the prison officials, to try and get someone to help him.

My brother Igor tried to find out the truth of what happened. He hired a forensic medical expert and a doctor, he wanted to bring to account those responsible for our brother’s death. Some officials were dismissed but certainly none of them were prosecuted. People heard about the work Igor was doing, they started asking for his help and Igor never said no. He did studied law, and he began writing formal complaints. A couple of years later, he registered his own organisation to continue his work as a human rights defender.

At the time, there were very few people like him who helped prisoners in our region. He was a member of the Public Monitoring Commission, visiting prisons and helping detainees. Only on very rare occasions would he tell us some of the stories of his work, which were both harrowing and difficult to hear. He told us about the torture, extortion and killing what was happening in the prison. On one occasion, he told us about a man who was skewered with a metal rod.

Here, in Kalach, Igor fought against organized crime and corruption, all the illegal skullduggery that the local administration and the police were involved in. He once clashed with the Mayor about the development of a parkland area. They tried to derail him and stop his work, and despite many acts of harassment and intimidation, he carried on. Once he wanted to set up a leisure beach in the city and cleared the area for it, but when he returned the following morning the whole area was covered in broken glass. In another occasion, together with his cousin, he opened a café. But one day the OMON [Special Police Force] arrived, took away everyone who was there and kept them in all night to check for drugs. These raids happened several times. Who would go to this café after that? In the end, the owner of the building told Igor that he was selling the premises. In a nutshell, the café was closed in less than three months.

In 2011, a first criminal case was instigated against Igor in what was a further attempt to stop his human rights work. He was accused of attempting to remove a wheel from a traffic police officer’s vehicle. He was taken to the Prosecutor’s Office but somehow managed to inform his friends and they told his lawyer. They wanted to silence him and stop his work against corruption, so they arrested him for something he didn’t do.

I met Igor sometime in 2008-2009. He was an active member of the Public Monitoring Commission (PMC), he helped out a lot because we saw killings in local prisons and there were problems with the police. After some time, he began to include me in his work.

In 2011, his first term with the PMC was coming to an end but I am certain that he would have been re-elected. But his active involvement made him many enemies among the authorities and he became subject to a criminal case. After tremendous effort, we managed to get him released from prison and put into house arrest. because of this he could no longer be a member of the PMC. The case ended in a fine of nine or ten thousand roubles (around $300 back then) but the criminal record against him remained.

Despite the harrassment he did not give up his human rights work, Igor is not one to give up easily and so he continued to visit prisons and help people through his organisation. As a result of his work, the head of a penal colony was dismissed. Igor began to travel all over Russia, everywhere where people were pressured in prisons. Igor is not your average human rights defender. He has always been direct in his approach to raising a problem and tough in dealing with it. That is why officials hate him — both in his home city of Kalach-on-Don and within the wider criminal justice and penal systems. When I have visited some pre-trial detention centres, I have seen his photographs with a comment typed in large font “Do not let Nagavkin in”.

He was warned off by members of the law enforcement about an imminent provocation against him. He also told me that he may need my help. This was about ten days before he was arrested again.

In 2016, Igor was under surveillance and his car was tapped. One evening in September, when Igor went to meet two friends, all three were detained and later accused of attempting to break in to a pawnshop. An alleged witness who was nearby came forward. He claimed that he had allegedly seen someone trying to break in despite the pawnshop showing no evidence of a break-in, and nothing was missing. They later pinned another case on him involving theft from a jewellery shop in Bykovo. The incident happened 230 kilometres away from where we live and on that day Igor was meeting up with friends in Kalach, half of the city saw him there.

During the searches in our flat, law enforcement officials were looking for documents, mobile phones, computers, memory sticks, SIM cards — anything to do with Igor’s work. We asked at the time why Igor was not present during the search. They only said that we might see him in 15 years or so…

He has spent 20 months in prison, facing a sentence of up to five years, simply because of the work he has done as a human rights defender.