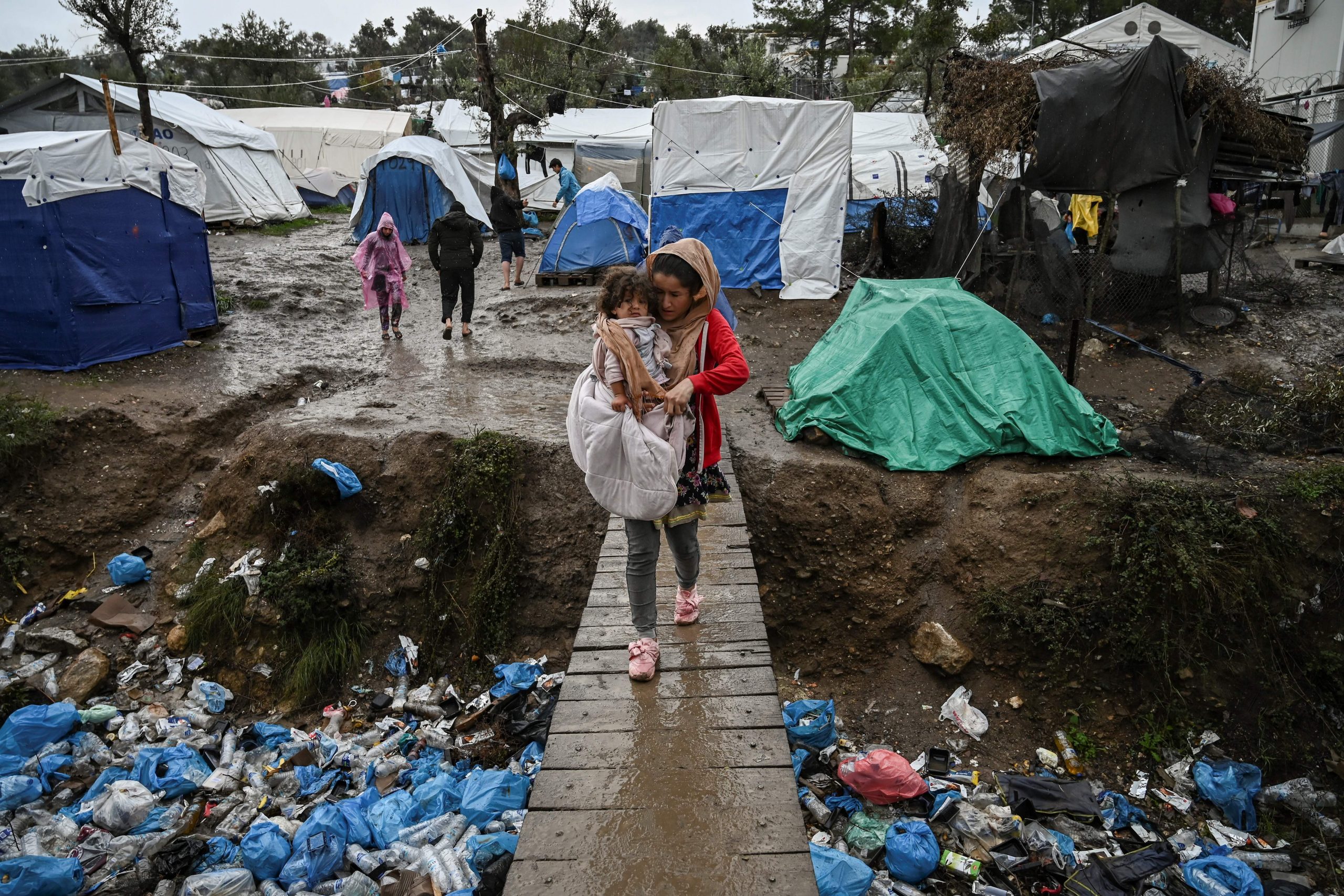 Greece: with camps on fire, transfer of vulnerable asylum-seekers to mainland must urgently resume

Three fires have raged through the Vathy refugee camp on the Greek island of Samos destroying many tents and containers and leaving around 200 people homeless. Two fires on Sunday 26 April and one today, Monday 27 April, have destroyed much of the camp which houses almost 7000 asylum-seekers despite having a capacity for only 648. Greek authorities indicate that the Sunday fires started due to clashes between residents of the camp.

It comes just a week after another fire hit the similarly overcrowded camp of Vial in Chios. Massimo Moratti, Deputy Director of Amnesty International in the Europe office, said:

“These fires are an urgent reminder of how desperate the situation in Greece’s refugee camps is. Residents are already living in fear of a COVID-19 outbreak, which would be devastating in such overcrowded conditions, and now their accommodation is made even more precarious by four fires erupting in the space of a week. These are not places of safety.”

“It has never been more urgent for the Greek authorities to evacuate people from the camps and transfer them to safe accommodation on the mainland. The Greek government must urgently ensure that it fulfils its promises to transfer vulnerable asylum seekers in practice. The recently launched scheme by IOM, UNHCR and the Greek Government to evacuate over 2.000 vulnerable asylum-seekers from camps to hotels and apartments on mainland Greece is seemingly already encountering some obstacles. The departure of 1,500 vulnerable people from Moria, scheduled to occur last week was deferred to an unspecified date. This was reportedly in order to conduct transfers in a more controlled and safer way, so as to allay the fears of the local communities, after protests broke in the city some of them were destined to go to, including by the authorities. The people living in these camps can wait no longer.”

“Equally, European member states can and should do much more to help asylum-seekers in Greece’s camps and they should increase their relocation efforts. By working together they can avert a potentially catastrophic virus outbreak and bring people to safety.”

Take action to protect refugees on the Greek islands from COVID-19 here.