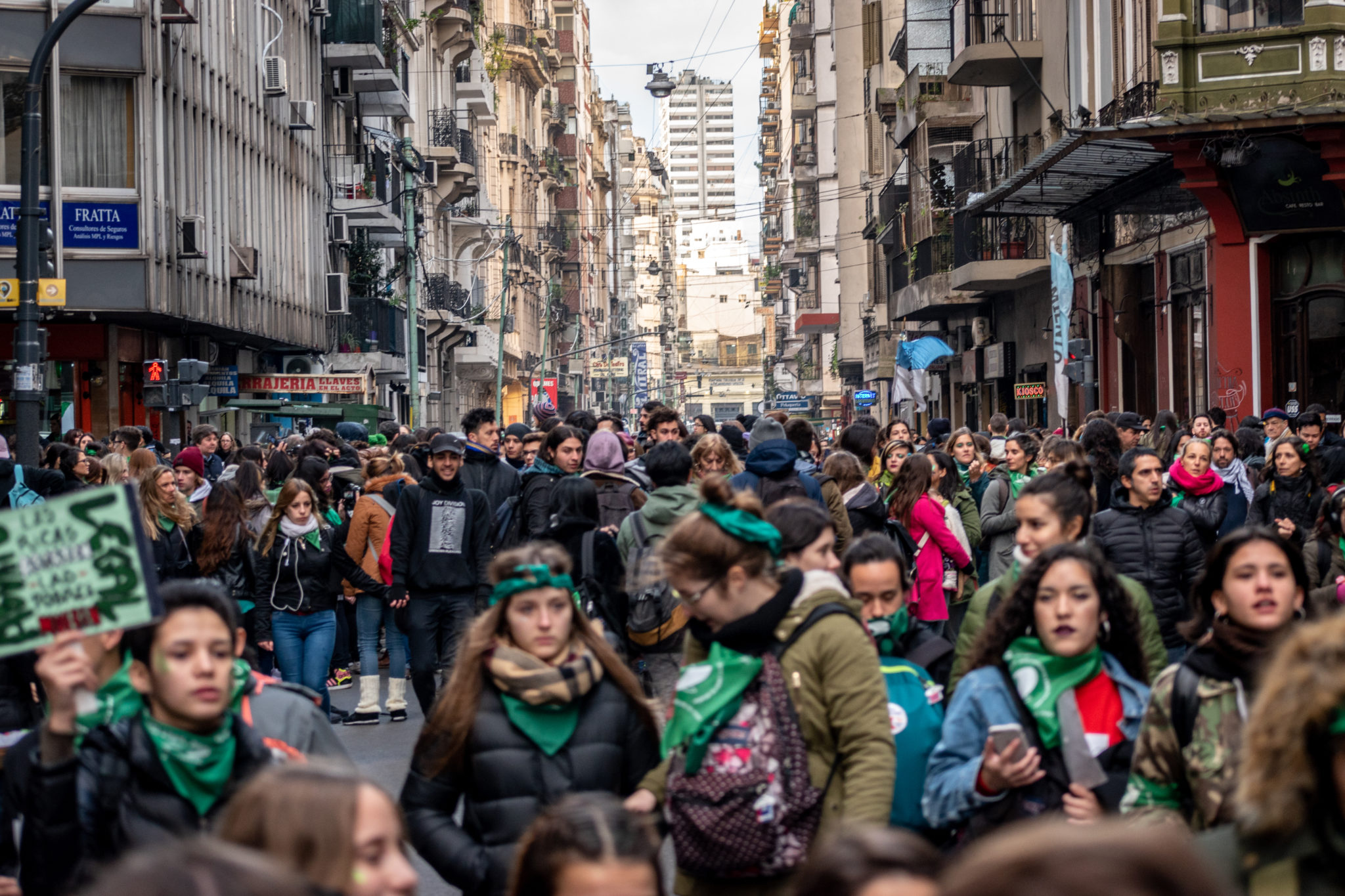 Explainer: Why Argentina’s vote to decriminalise abortion will be historic

On August 8, Argentina’s Senate will hold the deciding vote on decriminalising abortion. Here’s everything you need to know about the vote and how you can support Argentinian women who are demanding their human rights.

Less than a month after Ireland’s history-making vote to decriminalise abortion, the streets of Argentina were home to incredible scenes of people protesting and calling on their Congress to bring them one step closer to having safe and legal abortion.

Women and girls camped outside as the chamber of deputies debated long into the night a bill that would allow for abortion up to 14 weeks. Finally, on the morning of June 14, the bill narrowly passed – a result that would have been unthinkable even one year ago.

In a country where abortion has been severely restricted since 1921, the national debate around abortion has shattered the silence on an issue that has long been seen as taboo.

Now, on August 8, the Senate will have the deciding vote on whether this bill becomes law. The vote hangs on a knife-edge.

Why does this matter?

Access to safe abortion is a human right. Yet in Argentina access to abortion continues to be illegal and limited only where the life or health of the pregnant person is in danger, or where the pregnancy is the result of rape.

However, in practice many pregnant people are denied the procedure, and are forced to seek out alternatives. An estimated 500,000 abortions occur every year in Argentina, representing an estimated 40% of all pregnancies.

It continues to be the number one cause of maternal deaths in the country for the past 30 years, an even more shocking fact given how developed Argentina’s health system is.

Over the last 60 years, more than 30 countries have changed their laws to allow for greater access to abortion, at times recognizing the vital role that access to safe abortion plays in protecting pregnant people’s lives and health.

Argentina could potentially join this list of countries if on August 8 Senators decide to pass the bill. But the national debate in Argentina also stands as a beacon of hope for the rest of Latin America, where currently only Cuba, Uruguay and Mexico City have legalised abortion.

Women and girls across the region have voiced solidarity with women in Argentina, with signs that the campaign is spreading: in late July, thousands of people took to the streets of Santiago, Chile, wearing the green scarves that have been the symbol of activists in Argentina, as they demanded an overhaul of restrictive abortion laws.

How was this possible?

Many have credited the national vote on abortion to the vibrant movement led by women and girls that has become a common sight across Argentina in the past three years. The movement, known as Ni Una Menos (Not One Less), was a response to the horrific rates of killings of women and girls in Argentina.

Many of the women involved in the #NiUnaMenos rallies quickly became aware of how the longstanding ban on abortion was contributing to the deaths of so many women and girls. Now, more people than ever before are talking about abortion and sharing their stories and experiences.

The “green wave”, so-called because of the green scarves and clothing that activists have chosen to wear, has undoubtedly created momentum for reproductive rights advocates to build on. The power of women’s collective organising became obvious when President Macri made the unprecedented announcement in March that he would not try to veto the decision on the abortion bill, even though he opposes it.

Now, the bill faces its biggest challenge yet. Argentina will see the “green wave” returning to the streets to keep up the pressure and ask their lawmakers to finally allow for safe and legal abortion. Millions of women’s lives hinge on their decision.

How you can show your support

Show solidarity with women and girls in Argentina who will be fighting for their right to choose on August 8. Take action by signing our petition and sharing the graphics below with messages of support on Facebook, Twitter and Instagram using the hashtags #AbortoLegalYa and #SenadoresQueSeaLey.

https://bit.ly/2uDIhnd I stand with the women of Argentina. @SenadoArgentina the world is looking at you: Vote to decriminalise abortion! #AbortoLegalYa #SenadoresQueSeaLey Click To Tweet 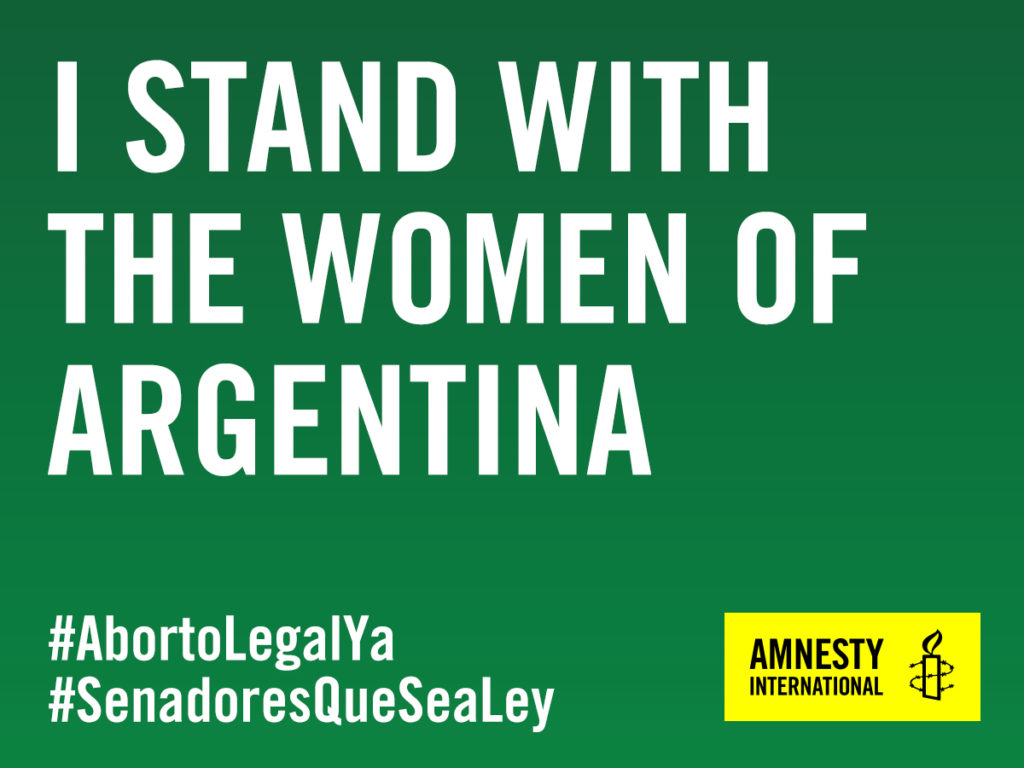 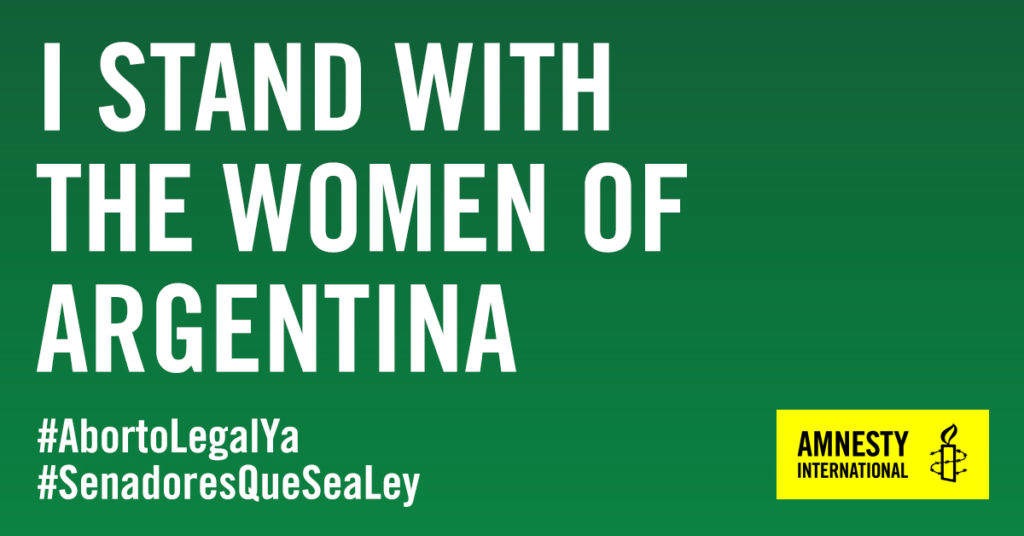 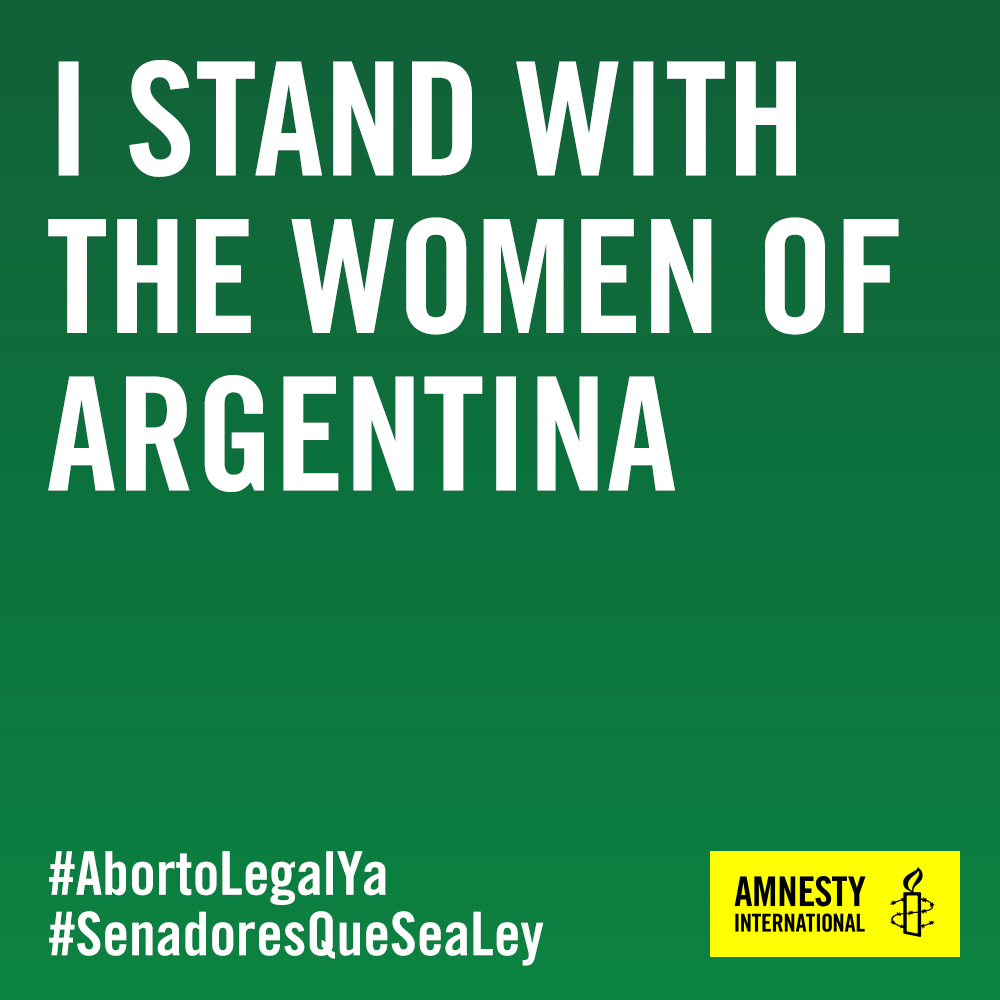