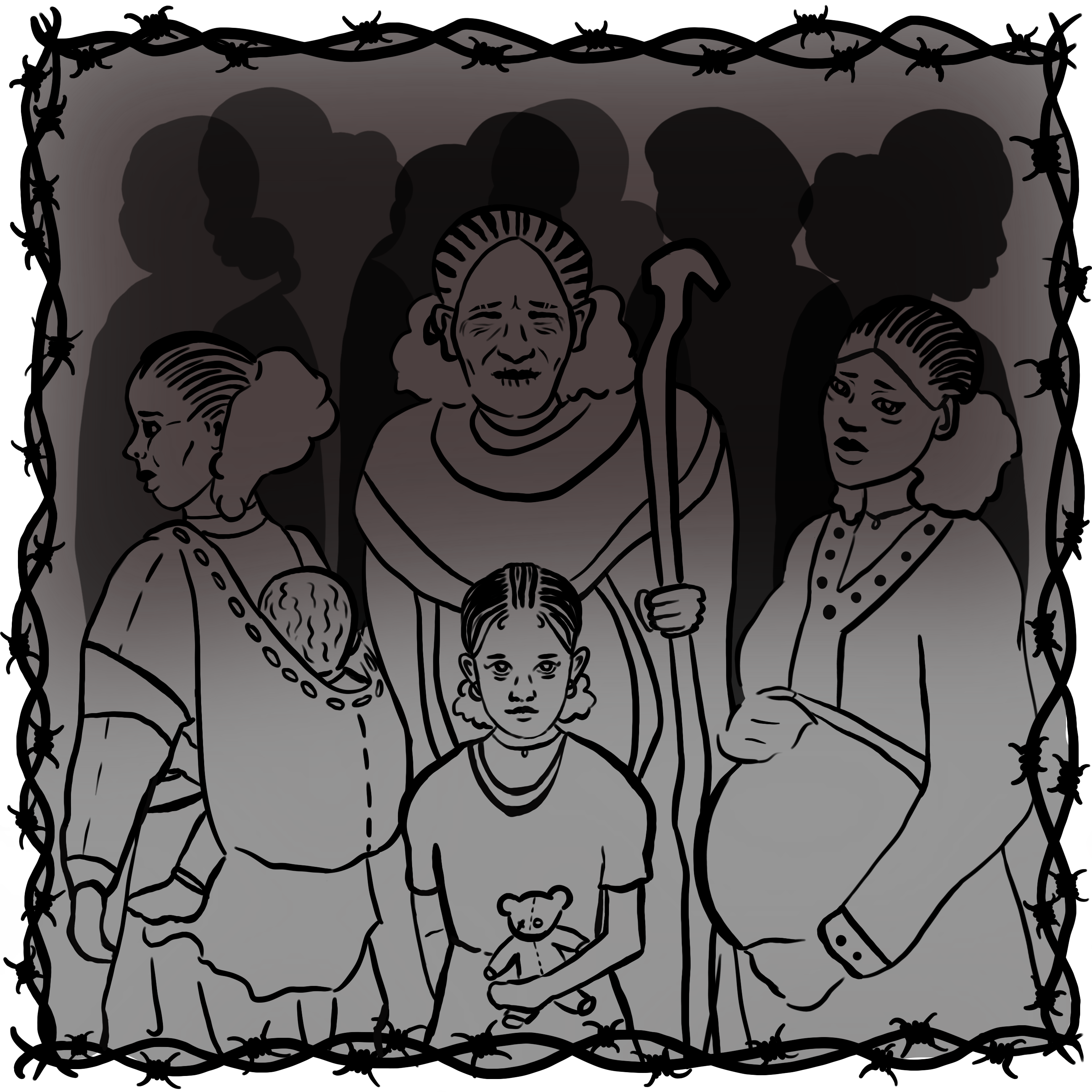 Women and girls in Tigray were targeted for rape and other sexual violence by fighting forces aligned to the Ethiopian government, Amnesty International said today in a new report into the ongoing Tigray conflict.

The report, ‘I Don’t Know If They Realized I Was A Person’: Rape and Other Sexual Violence in the Conflict in Tigray, reveals how women and girls were subjected to sexual violence by members of the Ethiopian National Defense Force (ENDF), the Eritrean Defense Force (EDF), the Amhara Regional Police Special Force (ASF), and Fano, an Amhara militia group.

“It’s clear that rape and sexual violence have been used as a weapon of war to inflict lasting physical and psychological damage on women and girls in Tigray. Hundreds have been subjected to brutal treatment aimed at degrading and dehumanizing them,” said Agnès Callamard, Amnesty International’s Secretary General.

“The severity and scale of the sexual crimes committed are particularly shocking, amounting to war crimes and possible crimes against humanity. It makes a mockery of the central tenets of humanity. It must stop.

“The Ethiopian government must take immediate action to stop members of the security forces and allied militia from committing sexual violence, and the African Union should spare no effort to ensure the conflict is tabled at the AU Peace and Security Council.”

The Ethiopian authorities should also grant access to the African Commission for Human and Peoples’ Rights Commission of Inquiry, and the UN Secretary General should urgently send his Team of Experts on the Rule of Law and Sexual Violence in Conflict to Tigray.

The pattern of acts of sexual violence, with many survivors also witnessing rape of other women, indicates that sexual violence was widespread and intended to terrorise and humiliate the victims and their ethnic group.

Twelve survivors said soldiers and militia raped them in front of family members, including children. Five were pregnant at the time.

Letay*, a 20-year-old woman from Baaker, told Amnesty International she was attacked in her home in November 2020 by armed men who spoke Amharic and wore a mixture of military uniforms and civilian clothing.

Nigist*, a 35-year-old mother-of-two from Humera said she and four other women were raped by Eritrean soldiers in Sheraro on 21 November 2020.

She said: “Three of them raped me in front of my child. There was an eight-months pregnant lady with us, they raped her too… They gathered like a hyena that saw something to eat… They raped the women and slaughtered the men.”

Health facilities in Tigray registered 1,288 cases of gender-based violence from February to April 2021. Adigrat Hospital recorded 376 cases of rape from the beginning of the conflict to 9 June 2021. However, many survivors told Amnesty International they had not visited health facilities, suggesting these figures represent only a small fraction of rapes in the context of the conflict.

Survivors still suffer significant physical and mental health complications. Many complained of physical trauma such as continued bleeding, back pain, immobility and fistula. Some tested positive for HIV after being raped. Sleep deprivation, anxiety and emotional distress are common among survivors and family members who witnessed the violence.

Sexual slavery and intention to humiliate

Twelve survivors said they were held captive for days and often weeks, and repeatedly raped, in most cases by several men. Some were held in military camps, others in houses or grounds in rural areas.

Tseday*, 17, told Amnesty International that she was abducted by eight Eritrean soldiers in Zebangedena and held captive for two weeks. She said: “They took me to a rural area, in a field. There were many soldiers; I was raped by eight of them… Usually, they went out to guard the area in two shifts. When four of them went out, the rest stayed and raped me.”

Blen*, a 21-year-old from Bademe, said she was abducted by Eritrean and Ethiopian soldiers on 5 November 2020, and held for 40 days alongside an estimated 30 other women. She said: “They raped us and starved us. They were too many who raped us in rounds. We were around 30 women they took… All of us were raped.”

Eight women also told how they had been raped by Ethiopian and Eritrean soldiers and associated militia near the border with Sudan, as they sought shelter.

Two survivors had large nails, gravel, and other types of metal and plastic shrapnel inserted into their vaginas, causing lasting and possibly irreparable damage.

Soldiers and militia repeatedly sought to humiliate their victims, frequently using ethnic slurs, insults, threats, and degrading comments. Several survivors interviewed by Amnesty International said that the rapists had told them, “This is what you deserve” and “You are disgusting”.

Lack of support for survivors

Survivors and witnesses told Amnesty International that they received limited or no psychosocial and medical support since they arrived in the internally displaced persons camps in the town of Shire in Ethiopia, or in refugee camps in Sudan.

Survivors also suffered because medical facilities were destroyed and restrictions imposed on the movement of people and goods, which hindered access to medical care. Victims and their families said they are short of food, shelter and clothes due to the limited humanitarian aid.

Reports of sexual violence were mostly hidden from the outside world during the first two months of the conflict that began in November 2020, largely because of access restrictions imposed by the Ethiopian government and the communications blackout.

“On top of their suffering and trauma, survivors have been left without adequate support. They must be able to access the services they need and are entitled to – including medical treatment, livelihood assistance, mental healthcare and psychosocial support – which are essential aspects of a survivor-centred response,” said Agnès Callamard.

“We must see all allegations of sexual violence effectively, independently and impartially investigated to ensure survivors receive justice, and an effective reparation program must be established. All parties to the conflict should also ensure unfettered humanitarian access.”

Between March and June 2021, Amnesty International interviewed 63 survivors of rape and other sexual violence; 15 in person in Sudan, and 48 remotely on secure telephone lines. Amnesty International also interviewed medical professionals and humanitarian workers involved in treating or assisting survivors in the towns of Shire and Adigrat, and in refugee camps in Sudan, about the scale of sexual violence and for corroborating information on specific cases.

In May, the Ethiopian authorities announced that three Ethiopian soldiers had been convicted and 25 others indicted for rape and other acts of sexual violence. However, no information has been made available about these trials, or other measures to investigate and to bring those responsible to justice.

Amnesty International wrote to Ethiopia’s Office of the Prime Minister, the Office of the Federal Attorney General and the Minister of Women, Children and Youth, to Eritrea’s Information Minister and a senior advisor to President Isaias Afwerki on 26 July 2021 requesting a response to the organization’s preliminary research findings, but had not received a reply at the time of publication.