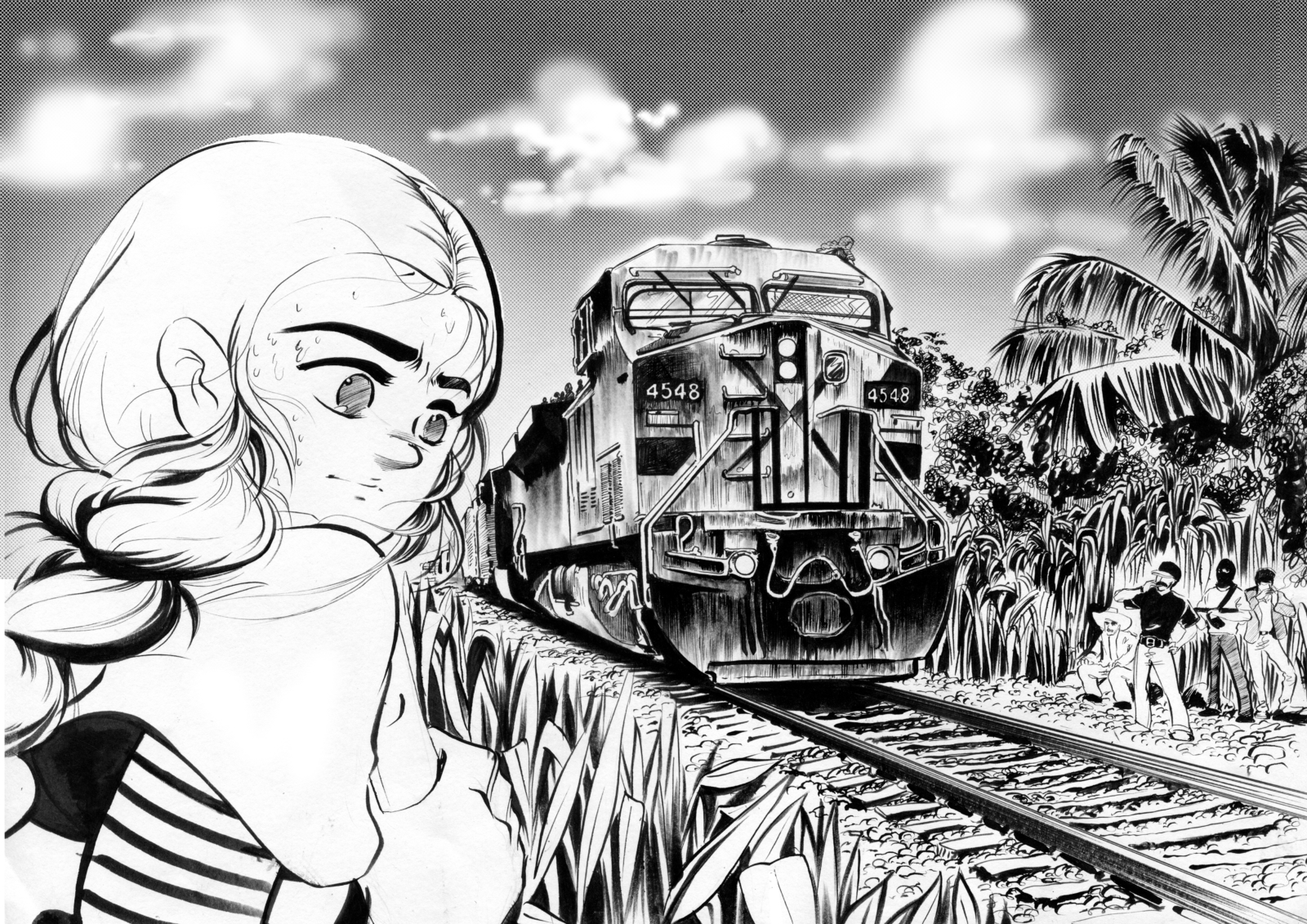 Refugee women and LGBTI refugees from Northern Triangle countries fleeing ‘war-like’ violence are at risk of gender-based violence in their countries of origin and while in transit. However, host countries like Mexico do not offer them adequate protection.

Diana
Diana* [pseudonym] is a 39-years-old Honduran woman who fled her country because of gang-violence. She lives in Mexico, where she has requested asylum.

I left Honduras in 2004 because my brother was killed by a gang. He was sitting on a rock outside my house and the gang came; they killed him in front of me and my mother. I filed a criminal complaint against the gang and the authorities arrested them but they did not end up in prison and they threatened me.

I left Honduras and went to central Mexico by riding on top of – a freight train travelling towards the US border [known as “The Beast” because of the dangers they hold for migrants]. I stayed in Mexico and in 2007 I got pregnant after I was raped. The man who raped me was a drug dealer in central México. My landlord in Mexico wanted to sell me to him but when I tried to escape he raped me. When I was pregnant I turned myself in to the Mexican migration authorities and they sent me back to Honduras.

I gave birth to my son when I was back in Honduras. To leave the hospital after giving birth, my friends had to hide me in a car. I couldn’t stay at my house because it was too dangerous so I stayed at my friend´s house. The lawsuit against the murderers of my brother is still active. None of them are in prison, probably because they have money. One month later I had to leave again because I was still in danger and had to leave my son with my mother. I took the bus to get back to the Mexican border, right up to Guatemala, then crossed over. I stayed in southern Mexico until 2015 and worked in a kitchen. But then a people smuggler who I thought may be linked to the gang responsible for my brother’s death came to the area where I was living and I got scared.

So in February that year I went further north in Mexico because I had a friend there. They brought my son from Honduras to live with me at that time. After that I tried to go even further north to Zacatecas state but the Mexican authorities detained me at a checkpoint on the way. From there they brought me and my son to the immigration detention centre in Mexico City for six months. At the centre I opened a request for asylum with the Mexican Refugee Agency (COMAR). My asylum claim was rejected and I did not want to appeal because my son and I would have had to stay in the immigration centre during my appeal. So in September 2015 we were deported, this time by plane, back to Honduras.

A few months later in March 2016 a note from the gang appeared on the door of my house saying they knew where I was and that they would kill me and anyone I was with. Three days later some suspicious cars showed up at the apartment where I was living with my friend. A neighbor later told me that a man on drugs had asked about me and told him that he would kill me. So I packed my things and came back to Mexico.

I was travelling with my sister and a woman named Raquel* [pseudonym], another Honduran I had previously met at a migration shelter. We wanted to get off in Zacatecas (central Mexico), but the train was too fast, so we couldn’t jump off in time.

On our way through Chiapas, Southern Mexico all three of us were raped. We were walking on the highway and a boy came up and warned us to take another route because we were close to a checkpoint. We took a different route because of the boy’s recommendation but after two blocks two men appeared with machetes. The men caught us and forced us face down on the ground. They insulted us and grabbed us. One of the men raped my sister first then Raquel, then me. His face was covered. They also stole 3,500 pesos from us.

I arrived at the migrant shelter in northern Mexico in July. I went to report the rape at the special prosecutor´s office on migrants. I once again asked for asylum in Mexico. At the moment I am working at a factory here and my son is back with my mother in Honduras.