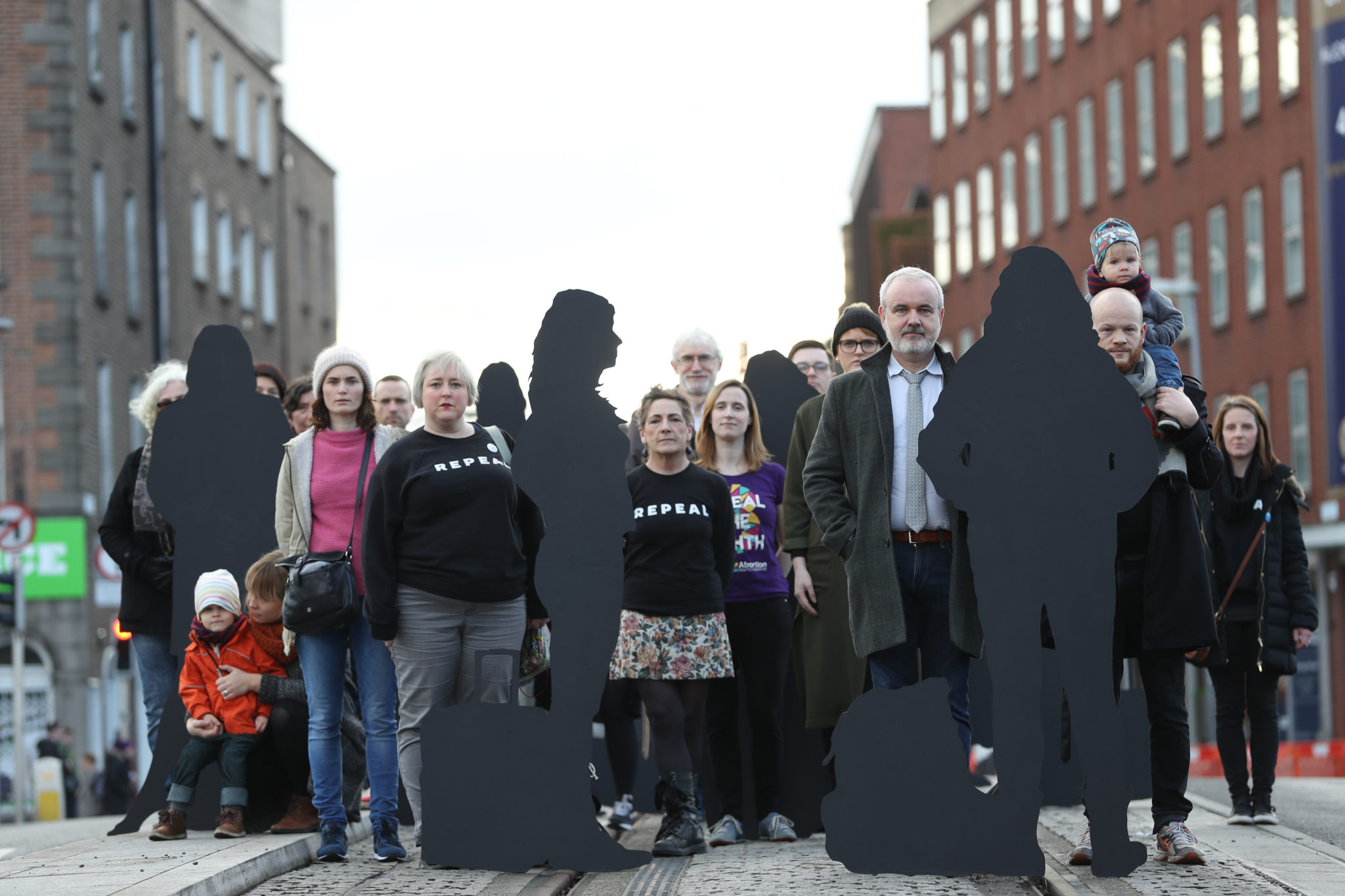 People in Ireland share the Citizens’ Assembly’s support for access to abortion on request and in other circumstances required under international human rights law, Amnesty International said today as it published the results of a new opinion poll. The poll was carried out by RED C Research from October 16-19 and is based on the ballot wording put to the Citizens’ Assembly in April 2017. It shows that, of those who have an opinion, a majority of people in Ireland (60%) believe that women should have access to abortion on request, either outright or within specific gestational limits. People’s support is broadly consistent across all age groups, regions and demographics.

The poll also found that the overwhelming majority want women to have access to abortion when their health is at risk (89%), when they are pregnant as a result of rape (85%) or where there is a diagnosis of a fatal foetal abnormality (81%).  The poll found that a significant majority of people want women to have access to abortion where there is a significant foetal abnormality that is not likely to be fatal (64%), and based on the woman’s socio-economic circumstances (57%). A very low proportion (circa 4%) chose to abstain from giving an opinion, which suggests that views on the issue of abortion are very strong. Today’s poll results echo the vote of the Citizens’ Assembly, which recommended expansive reform of Ireland’s abortion laws. The Assembly’s almost two-thirds majority vote (64%) for access to abortion on request at least in early pregnancy, with even greater majority votes for later gestational limits in specific circumstances, was an important vindication of women’s and girls’ human rights.

“This poll demonstrates yet again, that on the issue of abortion, people overwhelmingly favour expanded access to abortion. A substantial majority (60%) want women to have access to abortion on request which gives a clearer picture of the kind of legal and medical abortion framework the Irish public want. The poll also shows just how strongly the public support access to abortion in other circumstances, such as when the woman’s physical or mental health is at risk. Again, this echoes the Citizens’ Assembly’s vote on the issue. Some political and media commentators continue to paint abortion as a controversial or divisive issue. It is not. They claim that people in Ireland would not support the recommendations put forward by the well-informed members of the Citizens’ Assembly, who overwhelmingly voted for women to have access to abortion on request in early pregnancy and in specific circumstances thereafter. Today’s poll shows that they are incorrect.  Public support varies on the precise gestational limits, but it remains solidly behind women making their own decisions about their pregnancies. This new information on public attitudes to abortion must inform the ongoing work of the Joint Oireachtas Committee on the Eighth Amendment. In light of this poll, public representatives must seriously question the assumptions and prevailing narratives which lead them to think people in Ireland do not support wide-ranging reform. While public opinion should never excuse states’ violating women’s rights, the Irish public is firmly in favour of women’s bodily and reproductive autonomy. The Government, Oireachtas and all political parties must recognise this reality, and put forward a framework for access to abortion which put women’s health, human rights and autonomy at its core,” said Colm O’Gorman, Executive Director of Amnesty International Ireland.

“Providing access to abortion on request at least in early pregnancy is an important element of a legal and medical framework which respects, protects and fulfils the human rights of women and girls. This, together with later gestational limits in specific circumstances which both the Citizens’ Assembly recommended and today’s poll supports, would be an important step in providing a human rights compliant framework for access to abortion. We call on the Joint Oireachtas Committee on the Eighth Amendment to recommend such a model. The Committee has heard from a range of legal, medical and human rights experts in recent weeks who have underlined the need for substantial reform of Ireland’s abortion laws, which are among the most restrictive in the world. Today’s poll confirms that people in Ireland want women to be empowered to make their own decisions about their bodies, health and lives. It is long past time the Irish state fully respected the human rights of women and girls,” said Colm O’Gorman.

The full polling deck is available from the Amnesty press office and on www.amnesty.ie/itstimepoll.

In 2015, Amnesty International published a research report, She is Not a Criminal, on the impact of Ireland’s abortion law on women and girls. It documented the harrowing experiences that women and girls in Ireland have endured because of the restrictive laws on abortion and concluded that Irish law restricting access to abortion causes multiple violations of women’s and girls’ human rights. A copy of the report is available here. https://www.amnesty.ie/1859/

Amnesty International’s submission to the Assembly summarises the harm and human rights violations caused by Ireland’s criminalisation and prohibition of abortion. A copy of the submission is available here. https://www.amnesty.ie/citizensassembly/

This is Amnesty International’s third RED C poll on attitudes to abortion in Ireland.

The most extensive polling took place in February 2016 and the complete findings are available here: https://www.amnesty.ie/poll

Methodology
The research was conducted in October 2017, using RED C’s telephone omnibus survey, RED Express. This is the same methodology which is used for regular political opinion polls published in the Sunday Business Post. 1,000 adults aged 18+ were interviewed over the telephone between 16 and 19 October 2017. The sample size was quota controlled by age, gender, socio-economic status and region in order to ensure a fully representative sample. In addition to this, RED Express uses a Random Digit Dial (RDD) method across landline and mobile to ensure that ex-directory households or those with no landline are included in the sample – ensuring maximum representation. The margin of error on a sample size of 1,000 is +/- 3.2%.

This poll covers six of the 13 ‘reasons’ voted on by the Citizens’ Assembly in Ballot 4b in April 2017. The wording used in this poll was almost identical to that in Ballot 4b. As in the Citizens’ Assembly process, those who preferred not to express a view were excluded from the net results described here. However, a very low proportion of respondents in this poll (circa 4%) chose to abstain from giving an opinion.

Results on access to abortion on request, without restriction as to reasons

Results on access to abortion in cases where the woman’s health is at risk, where the pregnancy results from rape, in cases of fatal/severe foetal impairment and in the woman’s socio-economic circumstances

The following table gives the poll top-line results broken down into gestational limits, and in red are the corresponding % of Citizens’ Assembly votes (both exclude those who preferred not to state an opinion)

The following are the Citizens’ Assembly % net in favour votes, with RED C poll net % in favour in blue for reasons 8 to 13: