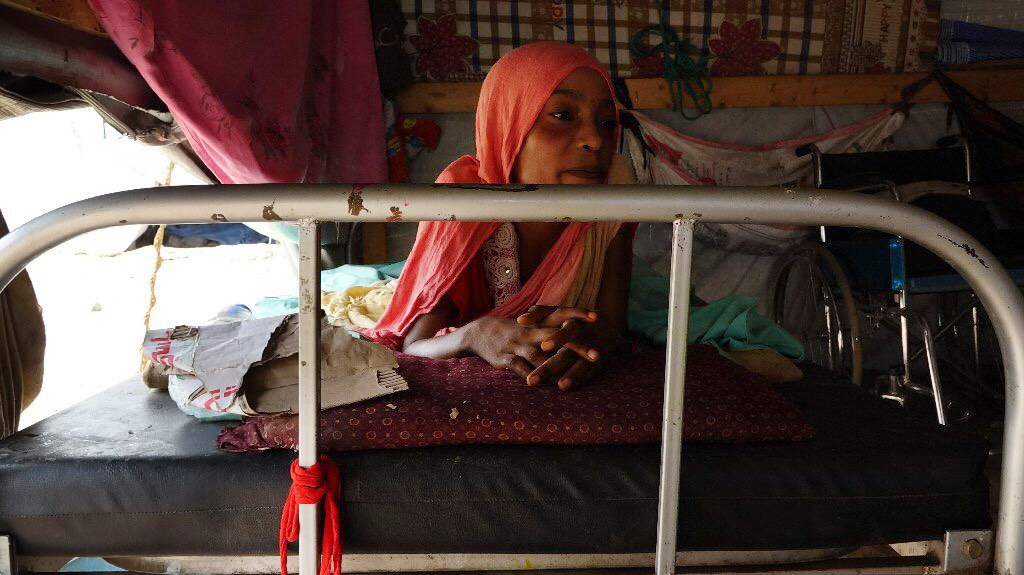 Yemen: War and exclusion leave millions of people with disabilities in the lurch

Millions of people with disabilities in Yemen have not only endured years of armed conflict but are also among those most excluded amid what the United Nations has called the world’s worst humanitarian crisis, Amnesty International said today.

Excluded: Living with disabilities in Yemen’s armed conflict is being published on the International Day of Persons with Disabilities (3 December). It follows six months of research, including visits to three southern Yemeni governorates and interviews with almost 100 people – documenting the experience of 53 women, men and children with a wide spectrum of disabilities.

“Yemen’s war has been characterised by unlawful bombings, displacement and a dearth of basic services, leaving many struggling to survive. The humanitarian response is overstretched, but people with disabilities – who are already among those most at risk in armed conflict – should not face even greater challenges in accessing essential aid,” said Rawya Rageh, Senior Crisis Advisor at Amnesty International.

“International donors, the United Nations, and humanitarian organisations working with the Yemeni authorities must do more to overcome the barriers that prevent people with disabilities from meeting even their most basic needs.”

People with disabilities experience compounded difficulties fleeing violence. Many told Amnesty International they undertook exhausting displacement journeys without wheelchairs, crutches or other assistive devices. Almost all of them depended on their families or friends. “The journey was torturous… I was transferred from bus to bus – in total four buses… My neighbour carried me,” said Migdad Ali Abdullah, an 18-year-old with limited mobility and difficulties in communicating, describing the 18-hour trip he took in early 2018 alongside his family from Hodeidah to a displaced persons camp in Lahj.

Some people with disabilities were left behind as their families fled because they were separated in the chaos, or because the trip was too difficult for the person with a disability to undertake.

Where people with disabilities could escape, the journey would often worsen their health condition or impairment. Some acquired a disability, at times because warring parties failed to give effective notice of attacks impacting civilians. A 92-year-old woman who already had limited mobility said she fell, breaking multiple bones, as she was trying to flee fighting in her village in Ta’iz.

In camps for the displaced, Amnesty International observed design flaws affecting people with disabilities. This includes the design of latrines, as well as the location of aid distribution points – both of which strip people with disabilities of their independence and dignity by forcing them to rely on their families or others. A 75-year-old man with limited mobility said he needs to have his sons take him to the latrine: “They drag me. They can’t carry me.”

Yemen is a state party to the Convention on the Rights of Persons with Disabilities, and has laws designed to protect the country’s at least 4.5 million people – 15% of the population – who have disabilities, according to World Health Organization estimates. Reliable data is scarce, and given the impact of the ongoing conflict, some experts believe the actual number is higher.

Public health care and social welfare have been hard hit by Yemen’s war and economic collapse, resulting in a systematic failure to guarantee the rights of people with disabilities. Many rely on handouts or fend for themselves – with some forced into poverty to pay for basic supplies like medicines or adult diapers. One man with a disability was forced to beg along the highway.

Family members said they sold belongings or delayed rent and other crucial payments to prioritise costs associated with supporting a loved one with a disability. The mother of a three-year-old girl with epilepsy and spinal muscular atrophy said:

“I sold the furniture in my house and took her to Sana’a to get her treatment there. … Four months later, I could see she was not moving or laughing or playing. I took her up [to Sana’a] again. … The other day I even asked my friend about selling my kidney. I would sell my kidney and buy her a year’s worth of medication, the shoes she needs and everything else.”

Assistive devices are also in very short supply. People with disabilities who do have them told Amnesty International they are often not fit for purpose – for example, wheelchairs that are no match for the rugged terrain of displacement camps, or ill-fitting prosthetic devices. Southern Yemen has only one prosthetic centre, which has to send some types of prosthetics abroad for repairs.

Yemen’s repeated conflicts have brought on a mental health crisis, with a significant proportion of the population – including many children – severely traumatised. An average 25-year-old Yemeni has lived through 14 armed conflicts in their lifetime. Yet there is hardly any psychosocial support; there are only 40 psychiatrists in the entire country, most of them based in cities.

Amnesty International recognises that humanitarian organisations are facing enormous challenges in Yemen. But they can take some straightforward actions to improve their response. For example, they should collect and analyse better disaggregated data on the full range of people with disabilities under their care. They should also include people with disabilities directly in the design and delivery of aid, thereby ensuring their right to participate in decisions affecting their lives.

“Relatively simple things can go a long way to address the gaps – like directly seeking input from people with disabilities, providing more and better-suited assistive devices, and providing latrines that meet their specific needs.”