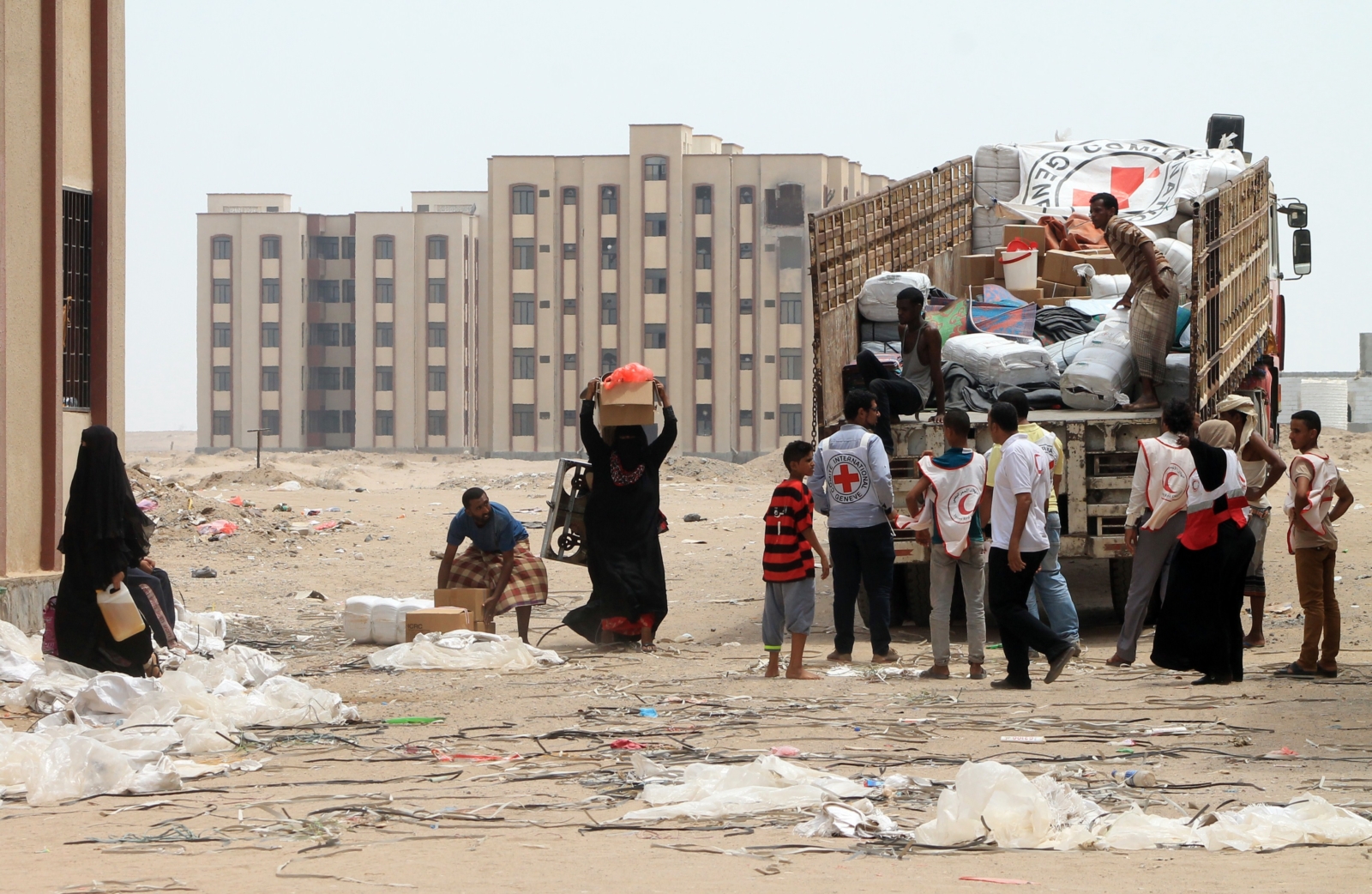 The USA and UK are fuelling serious violations that have caused devastating civilian suffering through multibillion-dollar arms transfers to Saudi Arabia that vastly overshadow their humanitarian efforts, said Amnesty International. Since the conflict began two years ago in March 2015, the US and UK have together transferred more than US$5 billion worth of arms to Saudi Arabia which is leading the military coalition in Yemen. This is more than 10 times the estimated US$450 million that the US State Department and the UK’s Department for International Development have spent or budgeted to spend in aid to Yemen over the past two years.

“Two years of conflict have forced three million people to flee their homes, shattered the lives of thousands of civilians and left Yemen facing a humanitarian disaster with more than 18 million in desperate need of assistance. Yet despite the millions of dollars’ worth of international assistance allocated to the country, many states have contributed to the suffering of the Yemeni people by continuing to supply billions of dollars’ worth of arms. Weapons supplied in the past by states such as the UK and USA have been used to commit gross violations and helped to precipitate a humanitarian catastrophe. These governments have continued to authorise such arms transfers at the same time as providing aid to alleviate the very crisis they have helped to create. Yemeni civilians continue to pay the price of these brazenly hypocritical arms supplies,” said Colm O’Gorman, Executive Director of Amnesty International Ireland.

The international community must act immediately to impose an arms embargo and establish a credible international investigation into gross violations committed by all parties to the conflict. By continuing to supply weapons to Saudi Arabia and its coalition partners for use in Yemen, the UK, which is a state party to the Arms Trade Treaty, and the USA, which is a signatory to it, are undermining the spirit of this treaty.

“All states, including the USA and the UK, must immediately halt the flow of any arms that could be used commit war crimes or other serious violations of international humanitarian law in Yemen,” said Colm O’Gorman.
An estimated 18.8 million people in Yemen rely on humanitarian assistance and are in desperate need of food, water, fuel and shelter in order to survive. The UN has warned that malnutrition is so severe that the country is on the brink of famine. At least 4,600 civilians have been killed and more than 8,000 have been injured since the Saudi Arabia-led coalition began carrying out air strikes in Yemen in March 2015 sparking a full-blown armed conflict.

Over the past two years, Amnesty International has documented a wide array of violations of international law by all parties to the conflict, in some cases amounting to war crimes. The Saudi Arabia-led coalition has carried out relentless airstrikes, killing and injuring civilians and destroying civilian homes, property and infrastructure in indiscriminate attacks and attacks on civilian objects. On several research trips to Yemen, the organisation has documented at least 34 airstrikes by the Saudi Arabia led-coalition that appear to have violated international humanitarian law, killing at least 494 civilians, including 148 children, across six governorates (Sana’a, Sa’da, Hajjah, Hodeidah, Ta’iz and Lahj). Some of these airstrikes used arms manufactured in the USA and the UK.

Members of the coalition have also used internationally banned cluster munitions – made in the USA, UK and Brazil – in Sa’da, Hajjah and Sana’a. Amnesty International documented cases in which children were among civilians killed and maimed after coming into contact with unexploded submunitions left behind after attacks using these inherently indiscriminate weapons.

Amnesty International has also documented 30 indiscriminate attacks by pro and anti-Huthi forces using artillery, mortars or rockets in Aden and Ta’iz in the south of the country, killing 68 civilians. Anti-Huthi forces in Ta’iz have also harassed and threatened medical staff, shut down hospitals and endangered civilians by stationing fighters and military positions near medical facilities.

In addition, the Huthi authorities have also led a clampdown on freedom of expression, association and peaceful assembly in areas under their control. With the support of security forces, they have carried out arbitrary arrests, enforced disappearances and torture and have shut down NGOs. Critics and opponents including journalists and human rights defenders have been arbitrarily seized, with some forcibly disappeared or subjected to torture and other ill-treatment in