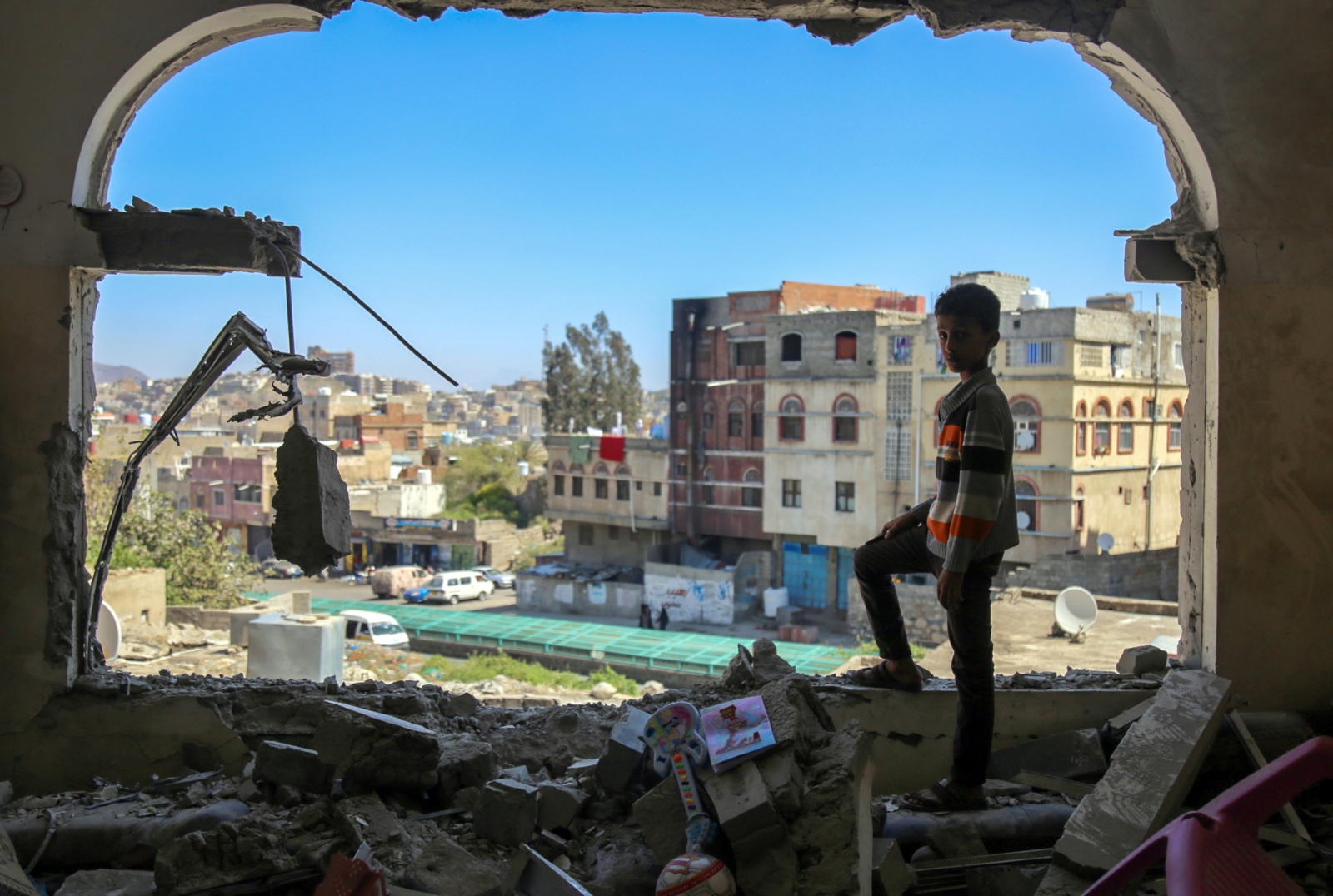 New evidence has emerged of how the Huthi armed group is actively recruiting boys as young as 15 to fight as child soldiers on the front lines of the conflict in Yemen, said Amnesty International today. The organisation spoke with the families of three boys targeted by this appalling practice which violates international law, within the past month. The families also confirmed the recruitment of a fourth local boy.

Family members and an eyewitness told Amnesty International that the four boys, aged between 15 and 17, were recruited by fighters of the Huthi armed group (also known as Ansarullah locally) in the capital, Sana’a. They only found out that their children had been taken away after being alerted by local residents, who described seeing them and as many as six other children boarding a bus at a local Huthi centre in mid-February.

“It is appalling that Huthi forces are taking children away from their parents and their homes, robbing them of their childhood to put them in the line of fire where they could die. This is a shameful and outrageous violation of international law. The Huthis must immediately end all forms of recruitment of children under 18 and release all children within their ranks. The international community should support the rehabilitation and reintegration of demobilised children into the community,” said Colm O’Gorman, Executive Director of Amnesty International Ireland.

The families of the four boys taken in mid-February later received news that their children were at an unnamed location on the Yemeni-Saudi border. Interviewees have described how Huthi representatives run local centres that hold activities such as prayers, sermons and lectures where young boys and men are encouraged to join front-line battles to defend Yemen against Saudi Arabia.

According to an eyewitness, two of the four boys were recruited by a local Huthi representative after they were sent to a Quranic school near Sana’a for an initial religious induction in January. They were then returned to their families, who had not been aware of their whereabouts. One father said that his son told him the curriculum included the history of world wars and what was described as the Saudi Arabia-led coalition’s war on the Yemeni people.

Some family members said that there had been an increase in child soldier recruitment in their neighbourhoods due to the fact that many children no longer attend regular schools. The war has taken its toll on the economy and many families can no longer afford the transportation costs needed for the children to get to classes. In many places, classes are no longer running and some teachers are on strike because they are no longer receiving salaries.

According to one family member, the Huthis have imposed recruitment quotas on local representatives, which are sometimes accompanied by threats if results are not delivered.

One family member whose 16-year-old brother was taken said about the boys who are recruited: “They’re just excited to shoot Kalashnikovs and guns and wear military uniforms. They [the Huthis] have been saying that there are so few fighters [at the front line], they are going around taking one [recruit] from each family. If the son dies at the front line, a monthly salary and a gun are given to the father to keep them quiet.”

Many families fear reprisals against their children who have been taken by the Huthis or against other children or family members if they dare speak out about the recruitment.  One father said, “Many children [are recruited] but people don’t dare to talk or follow up. They’re afraid of being detained.”

Two of the interviewees told Amnesty International that the Huthis promise monetary incentives to families to appease them, pledging 20,000 to 30,000 Yemeni riyals (approximately 80 to 120 US dollars) per child per month if he becomes a martyr at the front line. The Huthis also honour the families by printing out memorial posters for their boys to be put up locally as a tribute to their contributions to the war efforts. Two of the interviewees highlighted that children who are recruited are usually from poorer backgrounds.

The names of child soldiers, family members and other interviewees, as well as the exact dates of the boys’ recruitment, have been withheld to protect their security.