We have demanded sex workers’ protection in the Dominican Republic

Thank you! Over 10,000 people urged the Dominican Republic to stop gender-based torture against women sex workers, to listen to their proposals and to take measures to protect them from violence and discrimination and to ensure all women are #FreeFromViolence

This a key step in the long road to achieve significant impact in the lives of these women.

Over 10,200 people from all over the world signed the petition, showing support to women human rights defenders and sex workers in the Dominican Republic that are advocating, along with other collectives and civil society, for the approval of comprehensive anti-discrimination legislation.

Amnesty International visited the Dominican Republic in October to conduct advocacy work around the anti-discrimination legislation, hand-by-hand with Luna and other women sex workers and defenders, as well as other members of civil society working on this goal
and delivered the petition to the Dominican government.

Thank you to all who signed this petition. We will continue to work to make sure the anti- discrimination bill becomes a reality.

A culture of machismo among the National Police, along with the intense social stigma and discrimination against sex workers, embolden the police to unlawfully abuse their powers. They torture women sex workers as a form punishment and social control.

Transwomen women suffer particularly extreme forms of sexual abuse and humiliation due to the additional transphobia they face. Sex workers are calling for an anti-discrimination bill which would be a first step towards addressing the root causes of this extreme form of violence and discrimination.

Some of the sex workers are also women human rights defenders (WHRDs) in the Dominican Republic, fighting for their rights. But they are often excluded from human rights and feminist movements because they sell sex. 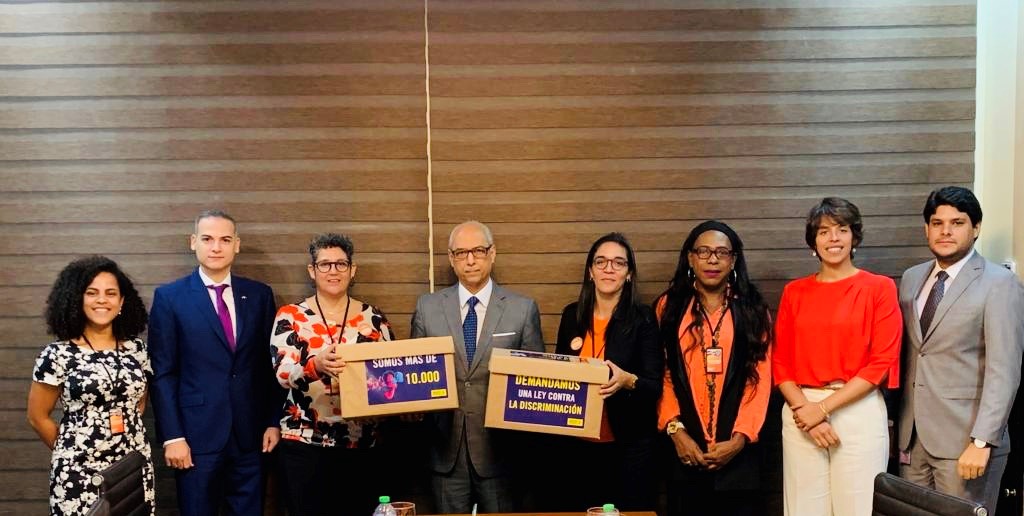