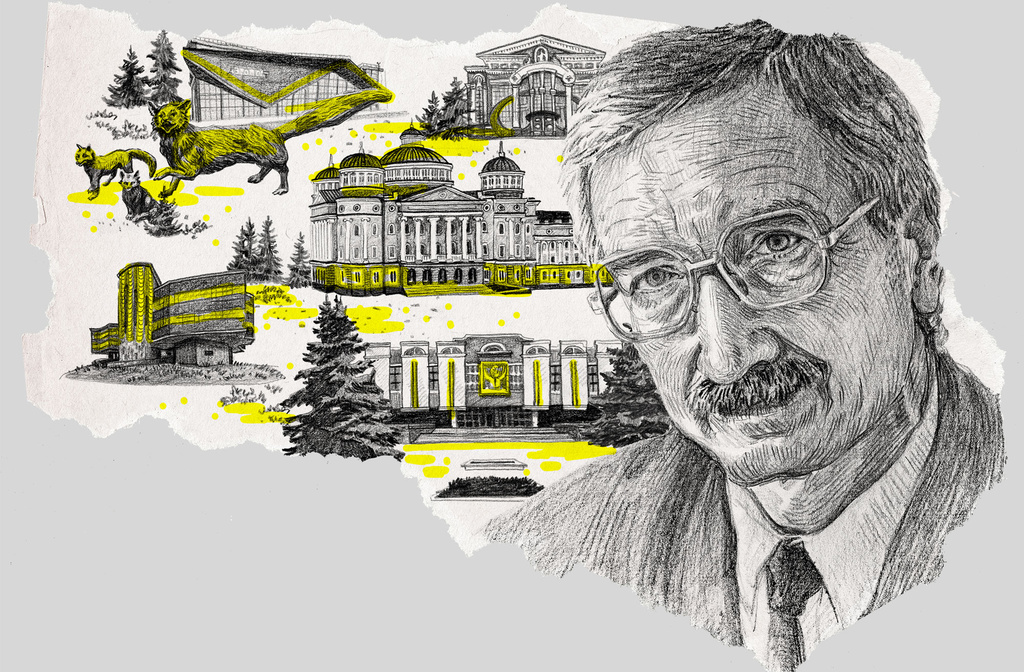 Vasiliy Guslyannikov has been working to defend human rights for more than 25 years. During this time he has been brutally beaten and slandered, all for his peaceful work defending human rights.

I am an engineer by profession. I used to work for the Research and Production Facility of Power Electronics. When Perestroika started in 1986, our facility was the first in Mordovia to support the need for change in the USSR. We set up a very strong, democracy-oriented Council of the Workforce and, in 1989, one of our workers from the Council was elected member of the Soviet Parliament, the Supreme Soviet of the USSR.

A year later, I was elected member of the Supreme Soviet of the Autonomous Soviet Socialist Republic of Mordovia. At the same time, we began investigating corruption among members of the Communist Party and we uncovered something extraordinary. It turned out that, in 1989, 90 Lada cars had been sent to Mordovia for people living with disabilities, but none of the cars had reached the people they were intended for. We dug out distribution lists and saw that the names of the people who received the cars were officials from the Communist Party. Every single one!

To prevent me from speaking out, the people benefiting from this fraud attempted to kill me. Fortunately, a neighbour accidentally startled my assailants and the attack failed. As a result, I managed to publicly present in the Supreme Soviet the corruption report featuring the story behind these cars. But the day after my speech I was attacked again. I was brutally beaten, hit on the head and body with a metal pipe. Both my legs were broken and I spent more than a month in hospital.

Soon after, I realised that if I managed to register as a candidate for the Presidency of Mordovia I would have a good chance of winning, as I enjoyed strong public support. Exactly a year after the attack, I was sworn in as President of the Soviet Socialist Republic of Mordovia, just a few years before it was renamed as the Republic of Mordovia.

In 1993, after I was ousted from power, a campaign of slander was launched against me by my adversaries, former Soviet apparatchiks, accusing me of being corrupt and incapable of governing. I took these accusations to the courts to defend my honour and dignity and I won more than 50 lawsuits. I studied the Civil Code and the Code of Civil Procedure and in 1996 I established the Mordovian Republic Human Rights Centre. This wasn’t easy and in the early days I was on my own, but over time people saw that we were winning cases in court and they came to us for help.

We have had big victories, such as going to court to force the municipal authorities to stop switching off the electricity of an entire apartment block when any of the residents failed to pay their electricity bill.

Today, our centre defends the rights of people in lots of areas, including property, labour and economic disputes. We have many different cases and sometimes the court cases can last for years, but we are prepared for this and will continue to support people’s fight for justice.