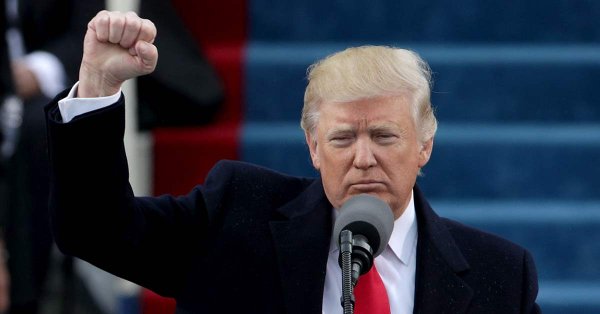 Responding to President Trump’s toxic tweets accusing four Democrat Congresswomen of hating the United States and suggesting they go back to the “totally broken and crime infested places from which they came”, Amnesty International’s Secretary General, Kumi Naidoo, said:

“As President of the United States, Trump has demonised minority groups, whipped up hatred, fear and sowed division. Trump’s ugly targeting of these Congresswomen exposes the racism and xenophobia at the heart of his despicable policies – from imposing a travel ban on people travelling from Muslim majority countries to separating children from their parents at the Mexican border to denying the rights of people seeking asylum. His words prove that xenophobia, rather than the safety of the people of the United States, motivates these policies.

“President Trump must stop normalising racism, sexism, transphobia, cruelty and hate. He must start seeing all people, not just a favoured few, as humans; not scapegoats or targets for ridicule. He must honour the US’ commitments to the world’s most vulnerable, including people fleeing horrific violence and persecution, and protect the human rights of all.”

In a series of tweets on 14 July, President Trump said of the four Congresswomen: “Why don’t they go back and help fix the totally broken and crime infested places from which they came. Then come back and show us how … it is done.”

Trump did not identify the lawmakers by name in his 14 July tweets, but it was widely understood that he was referring to Alexandria Ocasio-Cortez of New York, Ilhan Omar of Minnesota, Ayanna Pressley of Massachusetts and Rashida Tlaib of Michigan.

On 15 July, Trump renewed his attack on AOC, as Alexandria Ocasio-Cortez is popularly known, and the other lawmakers, accusing them of being “anti-America” and having policies that would “destroy our Country!”.