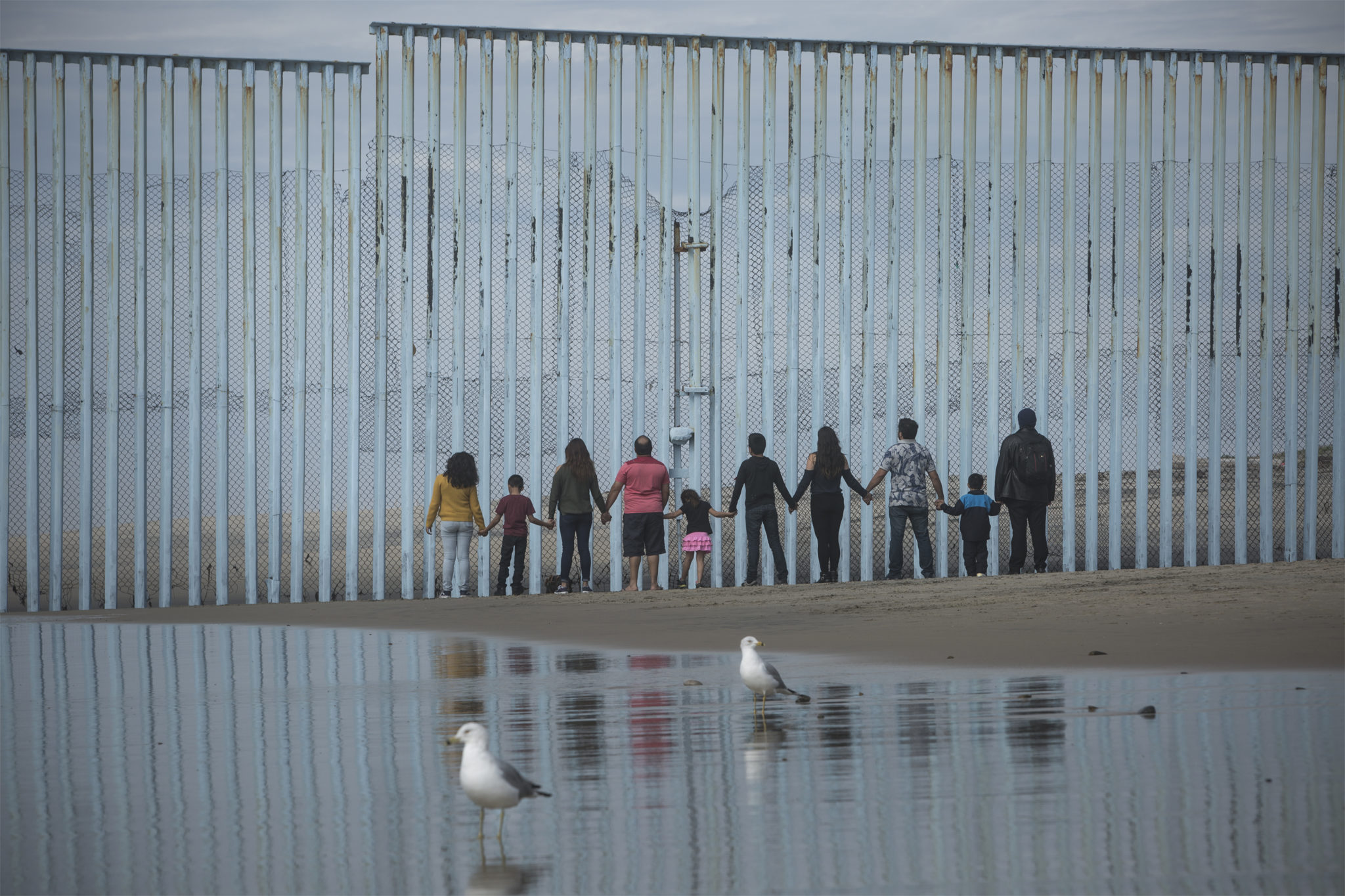 An already dangerous journey for tens of thousands of refugees has become even deadlier thanks to President Trump’s Executive Order on border control and immigration as well as entrenched reckless practices in Mexico, Amnesty International said today in a new report based on intensive investigations on both sides of the border.

Facing Walls: USA and Mexico’s violation of the rights of asylum seekers explores the catastrophic impact of a catalogue of new policies and ongoing practices that result in unlawful push-backs of asylum seekers at the USA-Mexico border, and threaten to unlawfully lock up thousands more families, including babies and children, in immigration detention centres in the USA.

“The USA and Mexico are partners in crime in brewing up a burgeoning human rights catastrophe. The USA is building a cruel water-tight system to prevent people in need from receiving international protection and Mexico is all too willing to play the role of the USA’s gatekeeper. President Trump’s border wall strategy fails to acknowledge that these are people with no choice but to flee their homes if they want to live. His wall, questionable orders and ever-expanding immigration detention centres will not stop people from trying to enter the USA. Instead, they will only be forced to take deadly routes through the desert, river and sea. In this sick cat-and-mouse game, the only losers are the hundreds of thousands of people desperately fleeing extreme and deadly violence in the Central American countries of El Salvador, Honduras and Guatemala. Instead of pushing people to their likely death, the USA must override its Border Security Executive Order and go back to the drawing board when it comes to immigration enforcement,” said Colm O’Gorman, Executive Director of Amnesty International Ireland.

Following intensive field research on both sides of the US-Mexico border since February this year, Amnesty International found that President Trump’s catalogue of measures aimed at “tackling immigration” violate international law. These include the 25 January 2017 Executive Order on “Border Security and Immigration Enforcement Improvements,” and a series of other measures which allow for the forcible return of people to life-threatening situations, and increase in the unlawful mandatory detention of asylum-seekers and families for months on end.

Asylum seekers at the USA-Mexico border told Amnesty International that the new measures forced them to risk extortion or violence by paying smugglers to cross into the USA. Areas of the Arizona desert have registered a doubling in migrant deaths since Trump’s election.

According to numerous lawyers, non-governmental organisations, migrants and human rights defenders, US Customs and Border Protection (CBP) officials are illegally refusing entry to asylum-seekers at ports of entry along the border.

A husband and wife who fled Honduras with their daughter after the husband was assaulted, shot and persecuted by a powerful criminal gang (mara), told Amnesty International that they were turned away from the McAllen, Texas border crossing six times over a three-day period in January 2017, despite presenting themselves to CBP officers to ask for asylum.

Nicole Ramos, a US lawyer who accompanied 71 asylum seekers to the San Diego-Tijuana border crossing between December 2015 and April 2017 told Amnesty International that on nearly all occasions, CBP officers either attempted to deny asylum seekers entry, or gave incorrect instructions such as re-directing people to the US consulate in Mexico.

According the Department of Homeland Security, there are plans to allocate up to 33,500 more spaces for beds in immigration detention centres, potentially almost doubling the country’s daily detention capacity. This goes far beyond a congressionally imposed bed quota of 34,000 per day – reinforcing the cruelty behind what is already the world’s largest immigration detention system.

Amnesty International has documented cases of families with babies and children who have been locked up for more than 600 days. In the coming months, the US Congress will debate whether to fund such cruelty in the 2018 budget. Keeping a person in a detention centre is estimated to cost the US government between $126 and $161 a day, whereas alternative measures to detention cost as little as $6 a day per person.

Amnesty International has also found that Mexico is failing in its responsibility to protect the increasing number of Central Americans seeking protection in the country.

According to official figures, in 2016 a record 8,788 asylum claims were lodged in Mexico in comparison to 1,296 in 2013. Thirty-five per cent of these were recognised as refugees.

Ninety-one per cent of these claims came from citizens of the violence-wracked “Northern Triangle” of Central America (Honduras, El Salvador and Guatemala), and the UN Refugee Agency forecasts a possible 20,000 claims in 2017.

Instead of providing protection, Mexico is pushing people back to extremely dangerous situations. In 2016, Mexico’s National Institute of Migration detained 188,595 irregular migrants, 81% of these from Central America, and returned 147,370 to their countries of origin. Ninety-seven per cent of people deported were from El Salvador, Honduras and Guatemala.

Many were not informed of their rights to seek protection through an asylum claim.

One 23-year-old man left Honduras five years ago fearing for his life. He has been deported from Mexico more than two dozen times. After being forcibly recruited as an orphan age 13, a mara wants to kill him for fleeing its ranks.“I’ve been deported 27 times from Mexico. The Mexican migration agents don’t care why you’re leaving your country. They make fun of you.”

When Amnesty International raised the issue with the authorities, an official of Mexico’s National Institute of Migration in the southern border state of Chiapas said: “We try to make the return to their countries as quick as possible.”