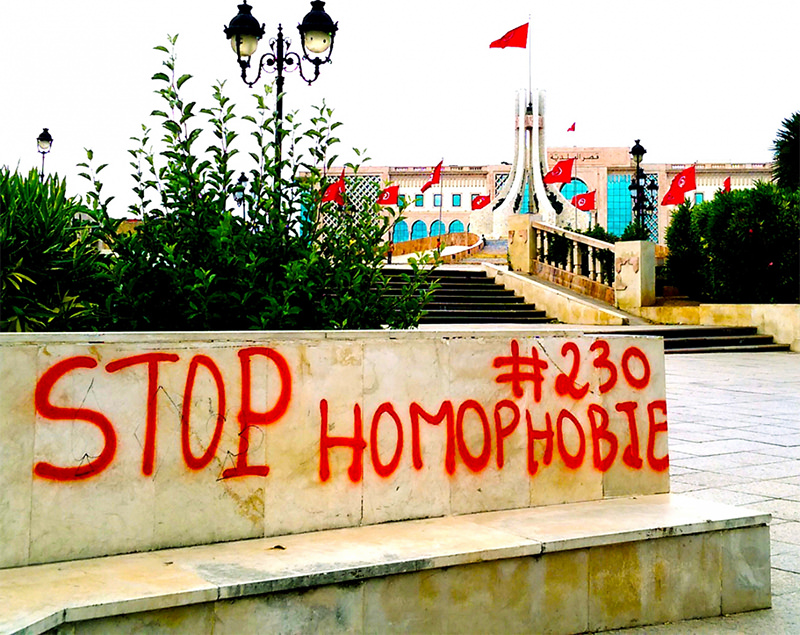 We have had some good news on recent urgent action cases:

In Honduras, Mexican Human Rights Defender was able to leave Honduras after he witnessed the murder of Berta Cáceres . In Tunisia, six men jailed for “sodomy” were released. Myanmar student activists, Phyoe Phyoe Aung and her husband Lin Htet Naing were released on 11 April.

Six men, who had been jailed for “sodomy”, are now free. On 3 March, their sentence was reduced on appeal to one month and a fine of 400 Dinar (about US $160) and they were released.

They had been arrested on 2 December 2015 at a gathering in the city of Kairouan. They were brought to court on 10 December, convicted that day and given the maximum sentence of three years in prison, under Article 230 of the Tunisian Penal Code, which covers “sodomy and lesbianism”. They were also banned from Kairouan for five years after release. The men were released on 7 January 2016 pending the outcome of their appeal.

No further action is requested from the Urgent Action network. Many thanks to all who sent appeals.

Honduras: Mexican human rights defender Gustavo Castro Soto, sole witness to the murder of Indigenous leader Berta Cáceres, has returned to Mexico. Honduran authorities had previously ordered him to remain in the country until 6 April, despite fears for his safety. Gustavo Castro was at her home and injured by a gunshot. Gustavo Castro, who took up residency for his safety in the Mexican embassy in the capital Tegucigalpa, had repeatedly provided his version of the murder to local authorities and feared for his life in Honduras. Berta Cáceres had received threats for years in connection to her work defending the rights of Indigenous communities and the environment.

At a court in the town of Tharrawaddy, the student protesters had all charges against them dropped. Phyoe Phyoe Aung is the Secretary General of prominent student union the All Burma (Myanmar) Federation Student Union. Student unions are illegal in Myanmar. Phyoe Phyoe Aung was imprisoned on 10 March 2015 for charges relating to student demonstrations she helped organise in February and March 2015. The students were protesting against a new education law passed by the government the previous year, which the protesters say limits free speech and democracy in the education system.
On 3 November 2015, Phyoe Phyoe Aung’s husband, Lin Htet Naing was arrested for allegedly organising the protests – after nearly eight months in hiding.

Both Phyoe Phyoe Aung and Lin Htet Naing were prisoners of conscience – jailed for peacefully exercised their human right to free speech by criticising the government and attending protests.

The Urgent Action Network also took action to urge the Egyptian authorities to release Mahmoud Hussein. He was finally released after being detained without charge for two years for wearing an anti-torture t-shirt.