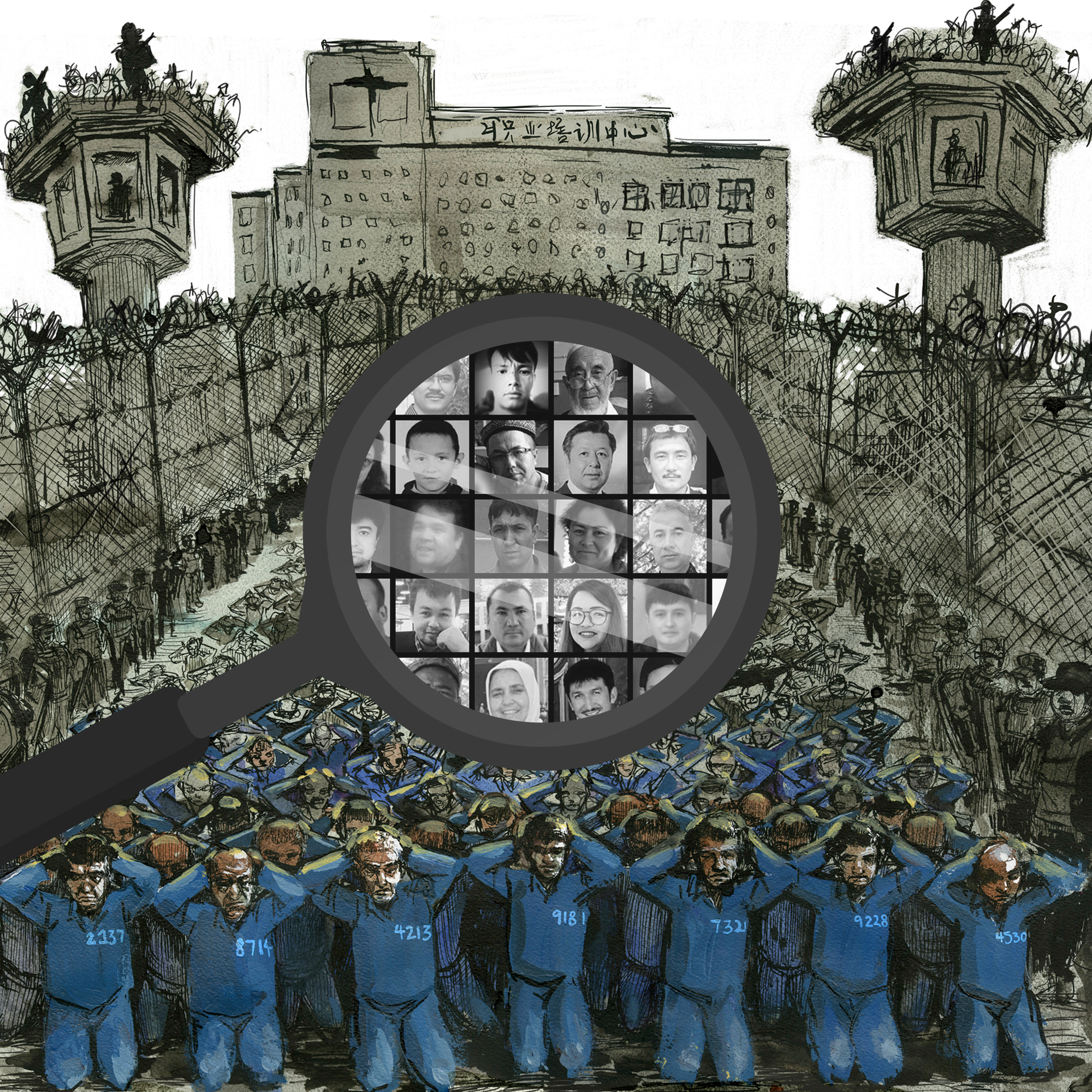 UN High Commissioner for Human Rights Michelle Bachelet should release her office’s long-awaited report on the Chinese government’s crimes against humanity in the Xinjiang Uyghur Autonomous Region without further delay, Amnesty International said today in an open letter joined by almost 200 other organisations.

The letter was released as Bachelet gave a global update at the UN Human Rights Council today, and several months after the Council was told her office’s assessment of human rights violations in Xinjiang was being “finalised”.

“Under China’s systematic repression in Xinjiang, ordinary people can be locked away for years and subjected to the cruellest of conditions for entirely lawful activities,” said Joanne Mariner, Director of Crisis Response at Amnesty International.“The Chinese government’s crimes against humanity targeting Uyghurs, Kazakhs and other predominantly Muslim minorities in Xinjiang are well documented, but we are yet to see the situation meaningfully addressed by the UN Human Rights Office.”In September 2021, amid growing frustration at her office’s relative silence on the dire situation in Xinjiang, the High Commissioner informed the UN Human Rights Council in Geneva that her office was “finalising its assessment of the available information on allegations of serious human rights violations in [Xinjiang] with a view to making it public.”

Six months later, despite assurances from her spokesperson in December that the report would be released in a matter of weeks, the report has still not been made public.

“Victims and their families can wait no longer. High Commissioner Bachelet should release her report on Xinjiang and brief UN member states on its findings before the end of the current Human Rights Council session. No state – no matter how powerful – should be above scrutiny for such grave crimes,” Joanne Mariner said.The current UN Human Rights Council session began on 28 February and runs until 1 April.Speaking out for detaineesEvidence has mounted of the horrific violations perpetrated by the Chinese government against Muslim minorities in Xinjiang, where around one million people have been arbitrarily detained in internment camps and prisons on the basis of their ethnicity and religion since a sharp escalation in repression in 2017.

Last year Amnesty International launched a campaign calling for the release of all those arbitrarily detained in prisons and internment camps in Xinjiang. Supported by hundreds of thousands of people worldwide, the campaign documents more than 70 individual cases. These stories represent just a fraction of the one million or more men and women estimated to have been arbitrarily detained by the Chinese government in Xinjiang since 2017.Following the campaign’s launch, Amnesty International has learned that at least two of the featured detainees have been released and at least seven have been allowed to communicate with family members in China via video or phone calls. It is difficult to get regular updates due to the heightened security concerns posed by China’s systematic surveillance of the region and the risk of serious repercussions for those communicating with people abroad.In March 2022, the organisation added six new cases to the campaign, based on interviews with relatives of detainees.One woman, Mevlude, told Amnesty International that her sister Mahire Nurmuhammad has been sentenced to 16.5 years in prison for sending money to her son, who was studying in Egypt. Because of this bank transfer, the Chinese authorities have charged her with “supporting and financing terrorism”.

In October 2018, the Chinese authorities told Mahire they would arrest her as soon as she was able to stop breastfeeding her toddler. She was taken from her home the following month.Mahire suffers from a heart condition and mental health issues, and Mevlude fears she may not have access to adequate medical care in detention.

Aziz, another relative Amnesty International spoke to, described how his brother Alim Sulayman was supposed to get married in June 2016, but two weeks before the wedding he was detained. Alim was taken from his home and sentenced to 17 years in prison.The reason behind Alim’s detention is unclear but Aziz, who is now based in the USA, believes it stems from a short period he spent living abroad in Turkey.Amnesty International has previously documented hundreds of cases of detainees being taken into custody for what appears to be entirely lawful conduct, such as possessing a religious-themed picture, travelling or communicating with someone abroad.

“Relative silence” in the face of grave Xinjiang violationsIn June 2021, Amnesty International launched a comprehensive report documenting how Uyghurs, Kazakhs and other predominantly Muslim ethnic minorities in Xinjiang face systematic state-organised mass imprisonment, torture and persecution amounting to crimes against humanity. Based on dozens of testimonies, the report described a “dystopian hellscape” encompassing grave violations against detainees, systematic state surveillance of millions of people, and efforts to root out the religious traditions, cultural practices and local languages of the region’s Muslim ethnic groups.The Chinese government has shown a total unwillingness to acknowledge, let alone investigate, the reality of the situation in Xinjiang – all the while impeding meaningful access to the region for independent human rights monitors, including the Office of the High Commissioner for Human Rights.

In 2020, an unprecedented number of independent human rights experts issued a landmark statement expressing concerns over human rights violations in China, including in Xinjiang, and called for the UN to take decisive action and to launch a comprehensive investigation into the situation.

Also in 2020, a group of 321 organisations from around the world, including Amnesty, launched a similar appeal to the UN Human Rights Council to hold a special session and launch a probe into the human rights crisis in China, including in Xinjiang.

The letter released by almost 200 organisations today notes: “We have been concerned by the relative silence of [Bachelet’s] Office in the face of these grave violations, aside from procedural updates on the status of negotiations to gain meaningful access to Xinjiang, which by [her] own admission have not progressed.”

Though criticism of China’s sweeping rights violations has increased over the past years, UN member states have also so far failed to take meaningful action to address the crisis through a resolution to launch an independent international probe. For many, Bachelet’s long-awaited report will provide the baseline for such action going forward.

In previous years, the Office of the High Commissioner has released reports on its own initiative to address pressing human rights crises in Jammu and Kashmir, Venezuela and Myanmar. These reports have provided vital documentation and guidance for UN member states on how best to respond to the crises.