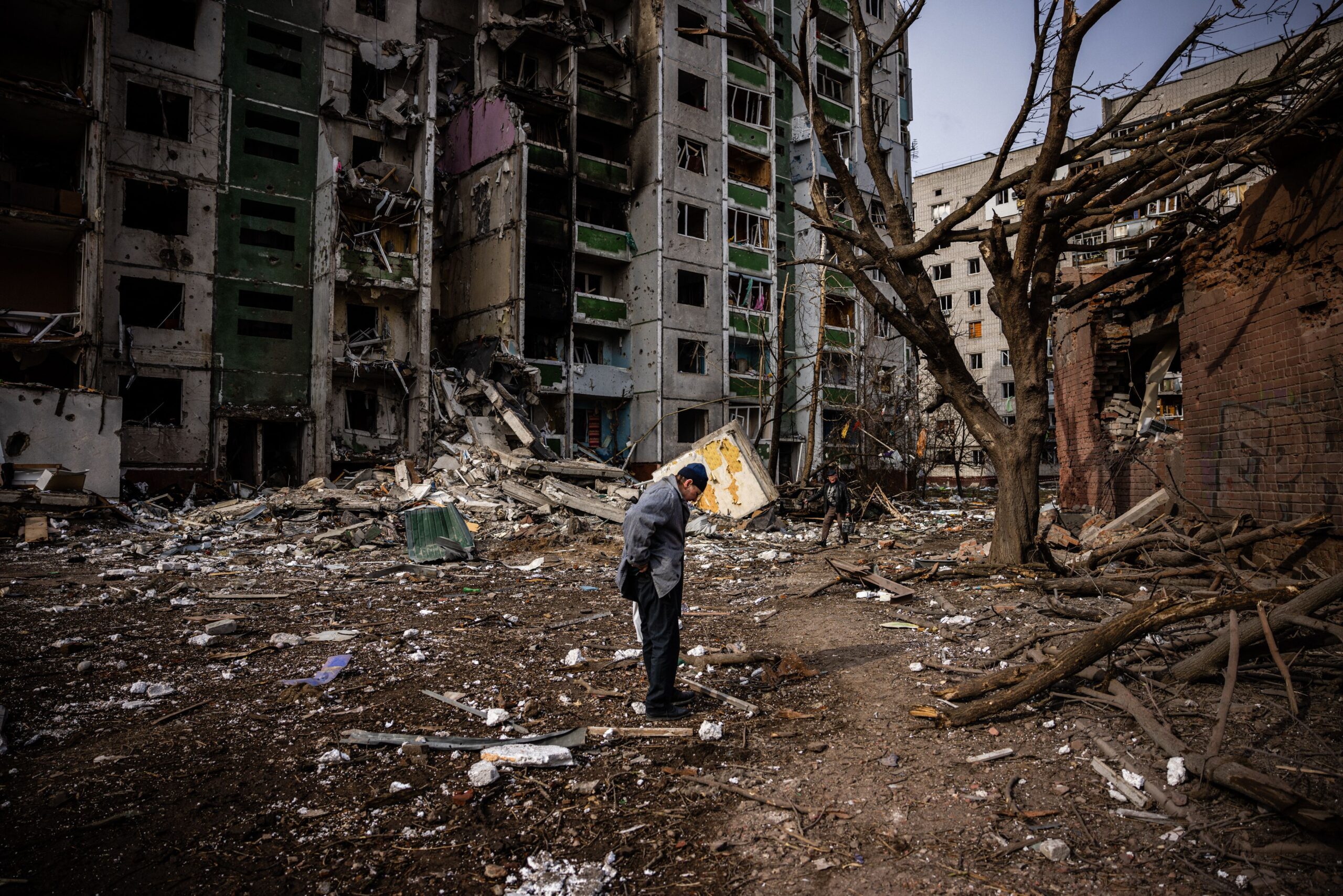 A Russian air strike that reportedly killed 47 civilians in the Ukrainian city of Chernihiv may constitute a war crime, Amnesty International said today following an investigation into the attack.

At approximately 12.15pm on Thursday 3 March, the small public square formed by Chernihiv’s Viacheslava Chornovola and Kruhova streets was hit by multiple bombs, killing civilians and severely damaging nearby buildings.

Based on new interviews and the verification and analysis of video evidence, Amnesty International’s Crisis Response team has concluded the attack was mostly likely a Russian air strike in which at least eight unguided aerial bombs – known as ‘dumb bombs’ – were used.

“The air strike that hit the streets of Chernihiv shocks the conscience. This was a merciless, indiscriminate attack on people as they went about their daily business in their homes, streets and shops,” said Joanne Mariner, Amnesty International’s Crisis Response Director.

“This shocking attack is one of the deadliest that the people of Ukraine have endured yet. The Prosecutor of the International Criminal Court should investigate this air strike as a war crime. Those responsible for such crimes must be brought to justice, and victims and their families must receive full reparation.”

The Chernihiv Regional Administration reported that 47 people (38 men and 9 women) were killed in the strike. Verified footage of the strike shows eight munitions being dropped in close succession and falling in a line, as is typical in a bombing run.

Amnesty International was not able to identify a legitimate military target at, or close to, the scene of the strike. Satellite imagery from 28 February shows a queue of people outside the building that was impacted by the strike. Based on this imagery and testimony gathered from witnesses, Amnesty International believes the majority of victims were queuing for food when the missiles struck.

When the bombs struck, Alina, a 21-year-old student, was in her home on nearby Ivana Bohuna Street with her family.

She told Amnesty International: “I heard a very, very loud buzzing, and I felt our building shaking. It was as if our flat was inflating… And then after two seconds, I heard the windows get blown out into the courtyard. Our building shook a lot; I thought there would be no walls left.

“When I heard the buzz, I called my grandma into the corridor with me. We laid on the ground and that’s likely what saved us.”

Alina’s parents were in the street when the blast happened, and they survived the attack. She added: “At [a nearby] yellow building, there had been a line for bread, and that’s where they had wanted to go… I don’t remember whether it was my mother or my father, one of them said, ‘No the line is too long, let’s go.’ And so they left. The people who were in that line are no more.”

Yulia Matvienko, a 33-year-old mother-of-three, was at home with her children, also on Ivana Bohuna Street, when the attack happened.

She suffered a head injury, telling Amnesty International: “I was walking along the corridor and hadn’t even made it into the kitchen when I was suddenly deafened – I didn’t understand what was happening.

“Everything was destroyed, and the door [to their building] was knocked off. Not a single window was left, and some balconies were totally torn off. There is not a scratch on the children. It’s a miracle… [there was] only my blood on them.”

In dashcam footage of the strike, falling munitions are visible and the sound of what is likely a low quick-passing aircraft can be heard, consistent with the tactics of conducting a strike of this type. Dropping unguided bombs in populated areas violates the prohibition of carrying out indiscriminate attacks. Such bombs have wide-area effects and are far less accurate than precision-guided munitions.

Amnesty International’s Crisis Evidence Lab verified footage of the aftermath of the strike that showed damage to buildings and bodies in the street. Footage from the State Emergency Service of Ukraine also showed damage and the rescue effort.

Other verified videos of the aftermath show widespread destruction and at least one distinctive bomb crater, of a size consistent with surface impacted munitions of approximately 500kg.

Other verified content from another air strike location in Ukraine shows an unguided dud FAB-500 M62 bomb being removed by civil defence forces. In addition, an official video released by the Russian military on 6 March shows the sortie launch of Su-34 Fullback aircraft loaded with eight FAB-500 bombs, an indicator of the typical combat load in current Russian operations.

“All states should cooperate with the ICC and the new Commission of Inquiry established by the UN Human Rights Council to help ensure accountability for grave violations and crimes such as this attack. Victims of this conflict must have justice,” said Joanne Mariner.

Amnesty International has previously called for international humanitarian and human rights law to be respected by all parties as the conflict in Ukraine continues.