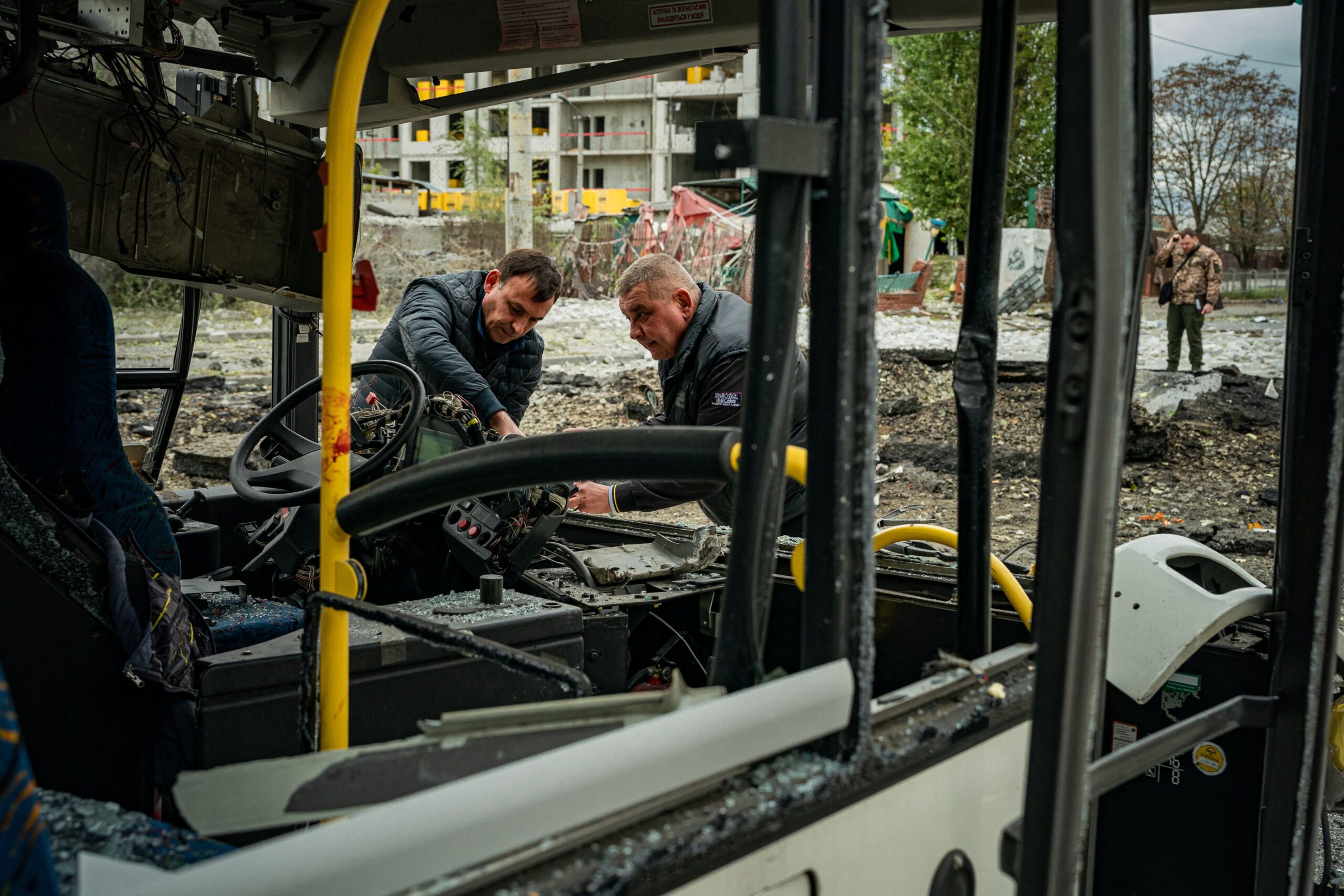 Russia/Ukraine: Russian attacks on Kyiv and cities across Ukraine are an escalation of aggression and apparent violations of laws of war

“This is yet another day of petrifying news from Ukraine, with Russia launching multiple strikes that hit residential areas, city centres and civilian infrastructure. The crater left by a Russian missile in the middle of children’s playground in central Kyiv is a stark symbol of the complete disregard for human life that has characterized Russia’s invasion.”

“The ultimate goal of today’s attacks is to spread terror among the entire civilian population.

In the early hours and morning of 10 October, Russian forces carried out massive missile strikes on Kyiv and several other Ukrainian cities, including Dnipro, Zaporizhzhya, and Zhytomyr, among others. According to the Ukrainian Armed Forces, around 40 rockets fired by Russian forces hit targets in Ukraine.

Critical infrastructure facilities like power plants and power substations in eight regions of Ukraine and in Kyiv seem to be the main targets of the attacks, which led to mass power shortages across the country and many train delays. According to Ukraine’s national police, out of 117 buildings damaged throughout the country 29 were critical infrastructure facilities, four were multi-storey buildings and 35 private residential houses.

While Kyiv was one of the first targets at the start of the of the full-scale invasion by Russia, this is the first time its historic centre has been hit. Four Kyiv city districts came under attacks that damaged, among others, one of the buildings of the Kyiv National Shevchenko University, a pedestrian bridge and a playground in Shevchenko Park.

According to the State Service of Emergency Situations, today’s attacks killed 11 people (five in Kyiv) and injured 89 across the country.

Russia’s President Vladimir Putin welcomed the attacks, claiming them to be targeting “energy facilities, military administration and communications of Ukraine.”

Since the beginning of the conflict, Amnesty International has been documenting Russian war crimes and other violations of international human rights and humanitarian law committed during Russia’s war of aggression in Ukraine. All of Amnesty International’s outputs published to date – including news updates, reports, briefings and investigations – can be found here.

Amnesty International has called repeatedly for members of Russian forces and officials responsible for the aggression and violations to be held to account, and has welcomed the ongoing International Criminal Court investigation in Ukraine. Comprehensive accountability in Ukraine will require the concerted efforts of the UN and its organs, as well as initiatives at the national level pursuant to the principle of universal jurisdiction.