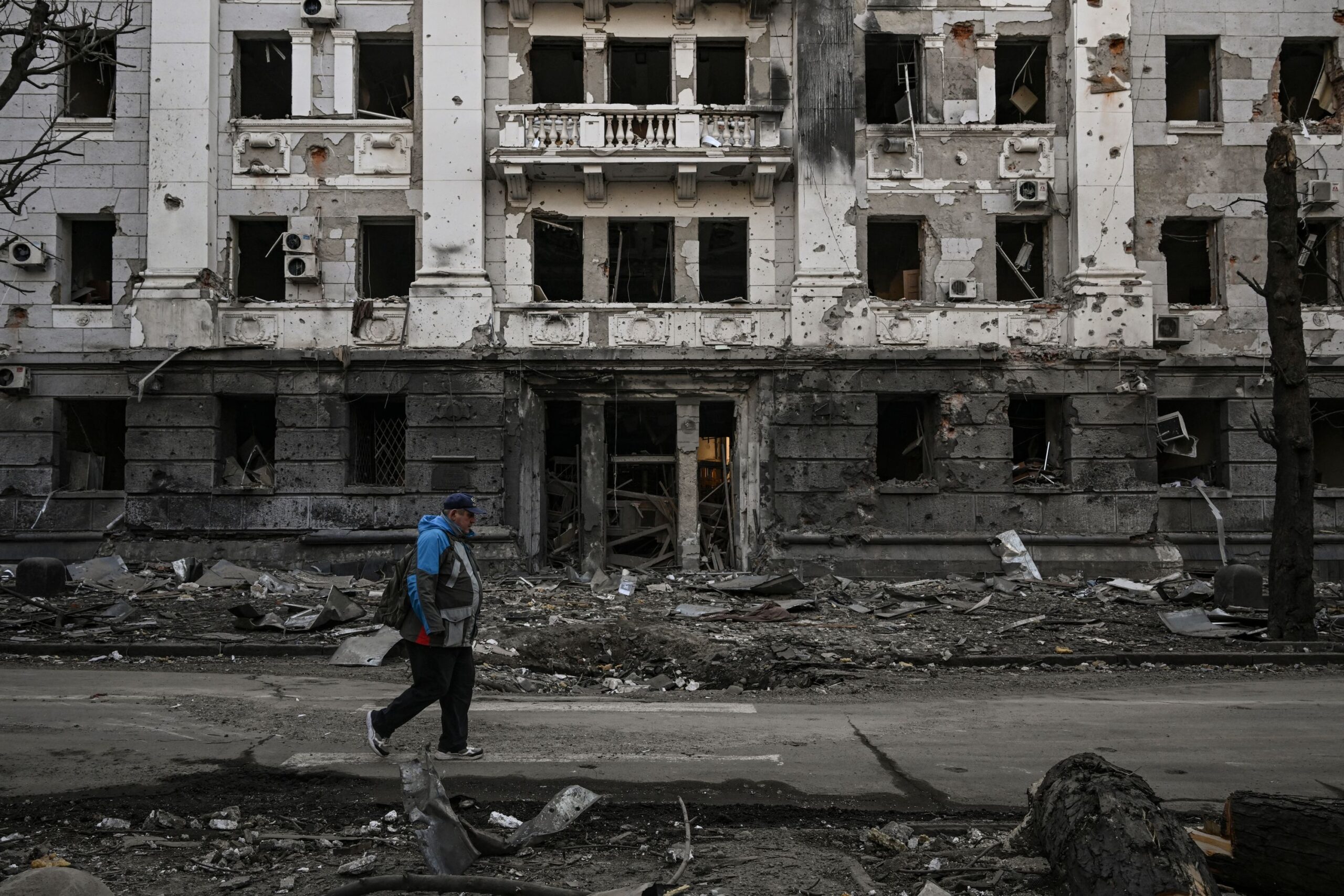 The Russian armed forces’ continued attacks against Ukraine’s critical energy infrastructure are a blatant violation of international humanitarian law and are endangering the lives of civilians with freezing temperatures setting in, Amnesty International said today, as it calls for Russia to end its unlawful targeted assaults on civilian infrastructure.

“As many countries across the world enter the festive period, their streets covered in Christmas lights, the world must remember Ukraine, which continues to be mercilessly plunged into darkness by Russia’s sustained, deliberate and unlawful attacks on its energy infrastructure,” said Denis Krivosheev, Amnesty International’s Deputy Director for Eastern Europe and Central Asia.

“Ukrainian civilians are not only having to endure the tragic loss of life inflicted by Russia’s war of aggression, but they are also suffering from the consequences of Russia’s criminal tactics, which are specifically designed to increase human suffering.”

Russia’s attacks against Ukraine’s critical energy infrastructure, which have been ongoing for months, are preventing Ukrainian civilians from accessing education, healthcare, and food while also forcing people to endure freezing conditions in their own homes.

Amnesty International spoke to people across Ukraine, who detailed the impact of Russia’s attacks on their daily lives.

Olena* told Amnesty International: “We have constant air raids. Right now there is one going on. When there is an air raid, no institutions that provide healthcare services such as clinics, private hospitals, other institutions, shops, public transport — can work.”

On the day of one Russian air raid, Olena had an appointment with her son for a general check-up and vaccinations, but the clinic called her, telling her not to come. It took over a day to reach her appointment, which also caused further backlogs and delays for others waiting for medical care.

Alongside limiting access to routine healthcare checks, surgical procedures are being performed in life-threatening conditions. Kateryna* told Amnesty International she feared power outages would affect her surgery appointment: “I went for a scheduled surgery and they had to use a laser machine. The doctor said they would try and do it quickly. I was nervous then.”

Missing just one day of school can have a lasting impact on a child’s academic progress. Ongoing power cuts in Ukraine mean many children cannot attend school, whether in-person or online. Those who can make it to school face what can be life-threatening journeys in total darkness.

“Because traffic and streetlights do not work during blackouts, it can be chaos, with everyone driving in different directions. When you go to class with your child and come back when it’s dark, you have to worry, because you can walk right through the crossing. The death rate of pedestrians on the roads has increased,” Kateryna said.

“Education is the foundation of a functioning society, yet in Ukraine, Russia is deliberately targeting civilian infrastructure, including schools. Children cannot even study remotely due to a lack of electricity and heating. Russia is undermining the country’s present — and its future,” said Denis Krivosheev.

Health and wellbeing at risk

Children are not only suffering from a loss of education due to Russian aggression, they are also enduring freezing temperatures amid food shortages, as the blackouts cause food to perish.

“There are few options for cooking. Feeding a child sausages every day is a bad situation but you can’t cook normal food as it takes an hour and a half to cook anything, so I steam couscous and sausages,” says Olena.

“It’s all very stressful. Charging everything, finding time to make food. When the lights are on you have to do everything at once, you don’t relax, you really never relax. And because of that, you are constantly in tension, it has a bad effect.”

People with disabilities, older people and those on lower incomes are facing additional pressures due to the power cuts.

People with limited mobility are struggling to leave their apartment blocks while some residents have set up emergency packs in elevators which include chairs, water and food, in case someone is trapped during a black out.

The impact on mental health, as well as physical health, can also be devastating. Tetyana* told Amnesty International: “I know people who do not go outside because they cannot climb the stairs without an elevator.”

Many on lower incomes are struggling to cover the cost of heating their individual homes amid the power cuts with the cost of generators, gas tanks and gas heaters causing added financial pressures.

Despite attempts to repair damaged civilian infrastructure, the Ukrainian authorities have been forced to introduce planned power outages to prevent the country’s remaining energy infrastructure from being overloaded. By October 2022, at least 40% of the country’s energy facilities had been seriously damaged. In December, the Ukrainian authorities said over 50% of energy users in the country had seen their electricity supply cut off.

Amnesty International is calling for an end to Russian aggression in Ukraine and for the international community to both remember and support Ukrainian civilians as winter sets in.