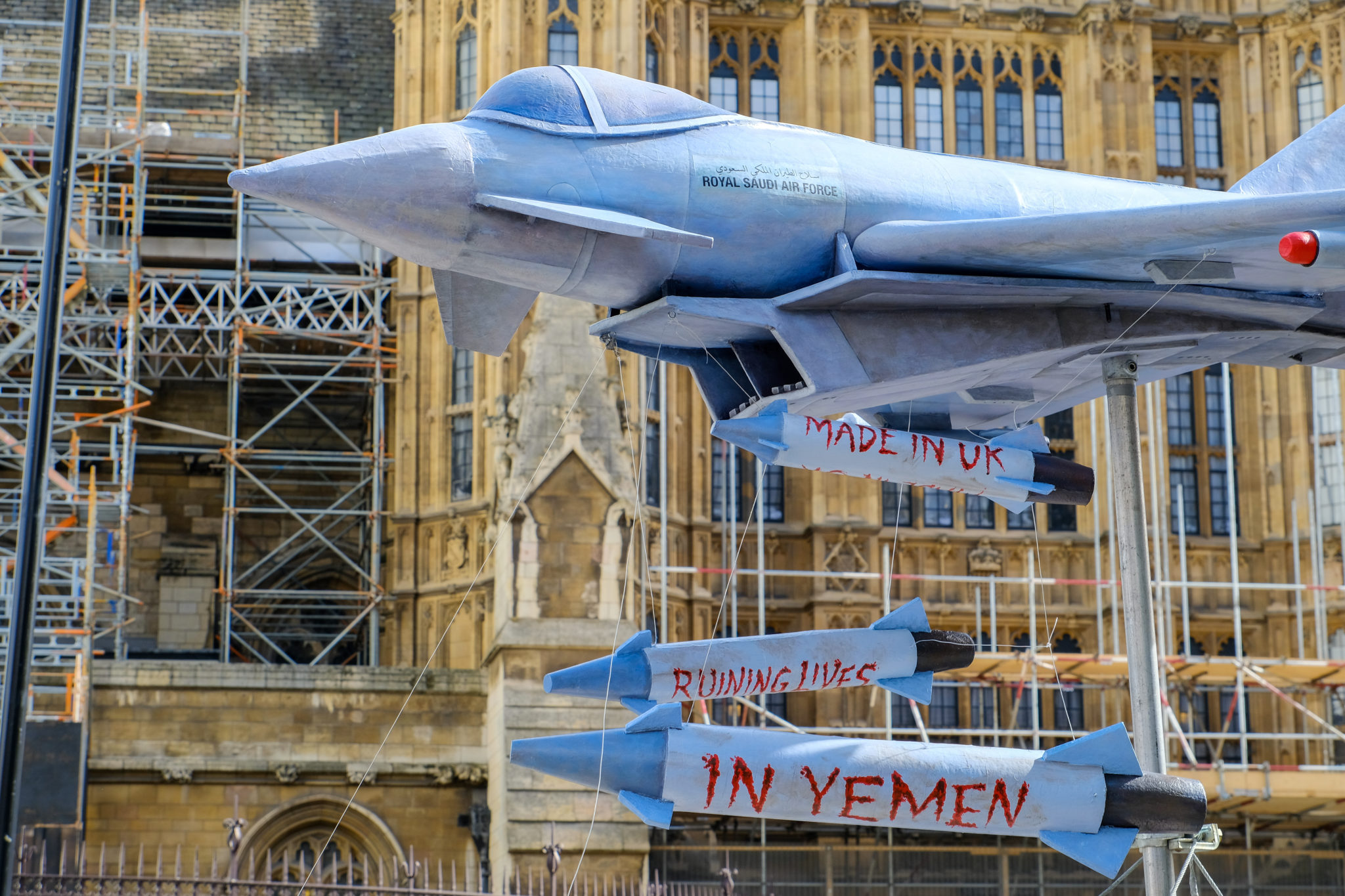 The UK Court of Appeal today found that the UK government’s decision to continue licensing exports of military equipment to Saudi Arabia is unlawful, ruling in a judicial review brought by Campaign Against the Arms Trade (CAAT) and joined by Amnesty International, Human Rights Watch and Rights Watch UK.

“This judgment is a rare piece of good news for the people of Yemen. During four years of devastating war the Saudi Arabia-led coalition has killed thousands of civilians in Yemen, flattening homes, schools and hospitals in indiscriminate air strikes,” said Lucy Claridge, Director of Strategic Litigation at Amnesty International.

“This is the first time that a UK court has acknowledged the risks of continuing to lavish Saudi Arabia with military equipment for use in Yemen. We welcome this judgment as a major step towards preventing further bloodshed.”

The importance of NGO research as evidence

A crucial aspect that the Court emphasized is the importance of research by Amnesty, other NGOs and the UN as authoritative evidence of the risks of continuing to license arms exports to Saudi Arabia, which the Secretary of State must now properly take into account in licensing decisions.

On the question of evidence of whether past violations are a relevant consideration when assessing whether there is a real risk of future violation, the Court stated:

“In our view that is obviously correct.  How could it reasonably be otherwise?”

As a result of this judgment, the Secretary of State’s decisions not to suspend current licensing exports and to continue to grant further licences will be quashed. He has undertaken not to grant any new licences for export of arms or military equipment to Saudi Arabia for possible use in the conflict in Yemen until those decisions have been re-taken on the correct legal basis, unless he applies for and gets deferral of the Court’s order.

“We call upon the Secretary of State to undertake this review as a matter of urgency and believe it should result in suspension,” said Lucy Claridge.

“We hope that this marks the end of this chapter of shameful impunity and leads to increased scrutiny of other major arms suppliers to Saudi Arabia, such as France and the US. We continue to call for the immediate suspension of all arms transfers to all parties to the conflict for use in Yemen.”

Extensive and credible reports, including Amnesty International’s own research in Yemen, have demonstrated that equipment and weapons similar to the ones exported by the UK, including British-made weapons, have been repeatedly used to commit serious violations of international humanitarian law, including possible war crimes.

According to publicly available information, Saudi Arabia has not adequately investigated such violations, nor has it held those responsible for any breaches to account. As such, Amnesty considers that there is a clear risk that authorising further arms exports would lead to further serious violations in Yemen, and therefore would be counter to the UK’s obligations under domestic and international law.

Several countries – including the Netherlands, Belgium (Flemish region) and Greece – have partly or totally suspended arms sales to Saudi Arabia and the United Arab Emirates.

Other countries – such as Austria, Ireland, Sweden and Switzerland – have put in place restrictive measures on exports to Saudi Arabia. In the aftermath of the murder of Saudi Arabian journalist Jamal Khashoggi, several European states also announced they would be suspending arms transfers to Saudi Arabia, including Germany, Norway, Finland and Denmark.

The judicial review was brought by CAAT in 2016 against the UK Secretary of State for Business, Innovation and Skills. CAAT is challenging the legality of the UK government’s decision to continue to issue licences for arms exports to Saudi Arabia, despite the clear risk that the weapons could be used for violations of international law in Yemen.

The case was originally heard by the High Court in February 2017 and Amnesty, Human Rights Watch and Rights Watch UK intervened at that stage. The court dismissed CAAT’s case and ruled on 10 July 2017 that the government was not acting unlawfully in continuing to authorise arms exports to Saudi Arabia. In May 2018 CAAT was given permission to launch an appeal, which was heard in April 2019 and which the Court of Appeal ruled on today. Amnesty International’s joint intervention focused on how a clear risk is determined, the authoritative nature of NGO research reports and the value they have in making such a determination.

Amnesty International and others have documented how all sides to the conflict in Yemen have committed serious breaches of international humanitarian law, including possible war crimes. This includes the Huthi armed group and allied forces which have also indiscriminately fired explosive munitions with wide-area effects – including mortars and artillery shells – into residential areas, killing and injuring civilians.