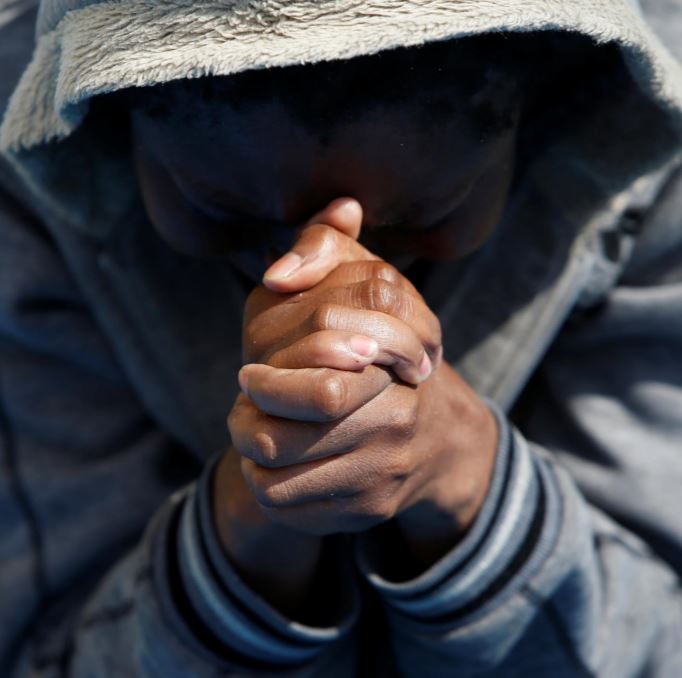 Turning up the heat on refugees and migrants

Salih was just 10 years old when militias attacked his village in Sudan’s North Darfur region. “It was in the evening. They were shooting and setting fire to our huts. My parents were killed but I managed to escape.” He made his way to Khartoum, where he stayed until earlier this year when his uncle in the UK sent him money to come and join him.

It took him more than a month to travel across the desert into Libya and northwards to the coast where he paid his passage on an overcrowded boat across the Mediterranean. “The Red Cross rescued us and took us ashore,” Salih, now aged 16 and still a child, told me when I met him in Ventimiglia, Italy, in July. But rather than being helped to reunite with his uncle, he found himself trapped at Europe’s borders. And rather than finding safety on Europe’s shores, he says he was beaten by Italian police just hours after arriving.

After his rescue, Salih and other new arrivals were bussed to a so-called “hotspot” in Taranto. The hotspot approach, introduced in 2015 on the recommendation of the European Commission, is a system designed to

identify all new arrivals, swiftly assess their protection needs and either channel them towards asylum procedures or return them to their country of origin. Crucially, it requires Italy to identify and fingerprint all new arrivals. But people like Salih, who want to claim asylum in other European countries where they have relatives, have a strong interest in avoiding being fingerprinted by Italian authorities. To do so would mean that they would be sent back to Italy – their first point of entry – if they attempted any onward travel in the EU.

“We didn’t want to get fingerprinted but four policemen dragged us off the bus and into an office where they started hitting me,” Salih told me. “They hit me at least four times with a truncheon and then I felt a strong electrical shock on my back. I collapsed and started vomiting. After 10 minutes on the floor I agreed to be fingerprinted.”

Salih’s experience is not a unique one. This summer I met two dozen refugees and migrants – men, women and children – who told me how they had been beaten, shocked with electric batons and threatened by the police after refusing to be fingerprinted. A 16-year-old boy and a man described how police had forced them to strip and inflicted pain on their genitals. A 25 year-old woman told me she how she was detained for months and then slapped repeatedly in the face in order to make her give her fingerprints.

This abuse, which in some instances may amount to torture, is a perverse by-product of Europe’s responsibility-sharing strategy. Whilst the behaviour of most police remains professional and the vast majority of fingerprinting takes place without incident, the findings detailed in Amnesty International’s new report published today raise serious concerns about the behaviour of some officers. The report also exposes fundamental flaws in Europe’s ailing migration policy.

Indeed Europe’s fingerprints are all over the crime scene. No one summarized this more clearly than an interpreter working in a hotspot, quoted by a 22-year-old man I met: “He explained that we had to give our fingerprints as otherwise Italy would receive a fine. They said that there were other European policemen checking whether everyone was being fingerprinted. And that those refusing to be fingerprinted would be beaten by the Italian police.”

The arrival of hundreds of thousands of men, women and children fleeing conflict, human rights violations and poverty, has put a huge strain on Italy. In the absence of safe and legal routes into Europe, refugees and migrants have travelled irregularly and at considerable risk to their own lives.

In an effort to reduce the pressure on Italy and other front-line states, the hotspot approach was twinned with a scheme to relocate asylum-seekers elsewhere in the EU. However, the solidarity component of the hotspot approach has proven largely illusory: 1,200 people have been relocated from Italy so far, out of the 40,000 that had been promised, while more than 150,000 people have reached Italy by sea this year.

Under pressure from the EU, Italy has sought to increase the number of migrants it returns to their countries of origin. This has included negotiating readmission agreements with governments that have committed appalling atrocities. Under one such agreement, last August 40 people identified as Sudanese nationals were put on a plane to Khartoum from Italy. Amnesty International spoke to two men from Darfur who were on this flight and described how security forces were awaiting their arrival in Khartoum to interrogate them. One of them says that he saw a man beaten and is now living in fear.

Designed in Brussels and executed in Italy, the hotspot approach is resulting in appalling violations of the rights of desperately vulnerable people. The Italian authorities bear a direct responsibility for this and Europe’s leaders a political one.

In the meantime, orphans like Salih are left to fend for themselves.

After four days in the hotspot in Taranto, Salih was driven to a train station and left there. “No one asked me if I wanted to seek asylum, or my details,” he told me. “I want to go away from Italy. I want to be with my uncle and his family, in England.”

This article was first published by Quartz