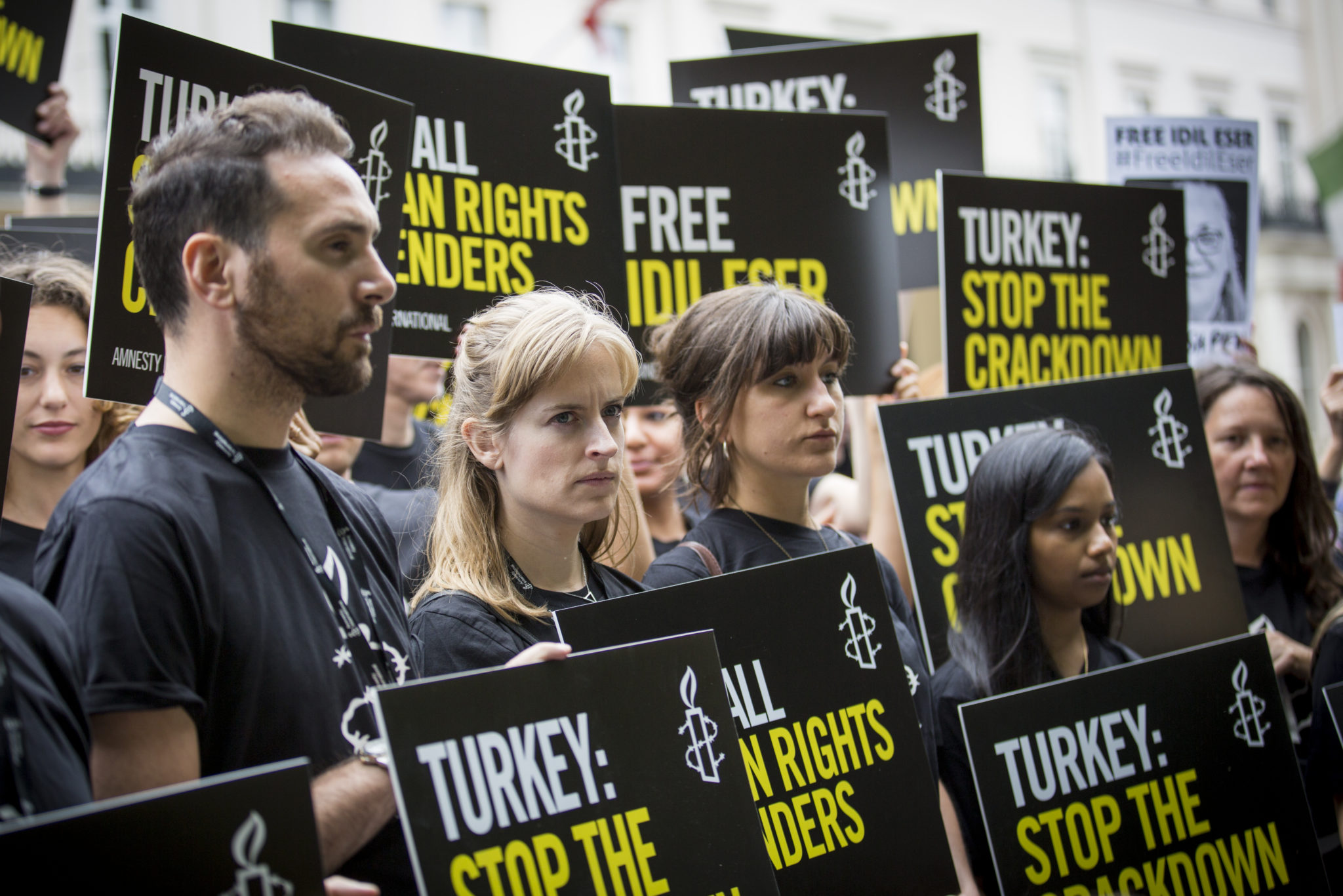 Taner Kılıç, Amnesty Turkey’s Honorary Chair, and İdil Eser, the organisation’s former Turkey Director, are being tried alongside nine other human rights defenders on baseless allegations of ‘membership of a terrorist organisation’.

“Without a shred of credible evidence presented to substantiate the absurd charges made against them, it is now time to end this judicial farce and acquit these women and men who have dedicated their lives to defending the rights of others,” said Kumi Naidoo, Amnesty International’s Secretary General.

“These human rights defenders have cumulatively spent more than three years behind bars. Nothing can bring back that time, but the court can now finally lift the threat of conviction that has needlessly hung over their heads.”

During five previous trial hearings, every aspect of the prosecutor’s case against the human rights defenders has been comprehensively disproven. Yet the Turkish authorities appear willing to drag the case out as far possible.

Taner Kılıç, spent more than 14 months in prison before his release on bail in August. Eight of the Istanbul 10 spent almost four months each behind bars before they were bailed in October 2017.

“Taner and the Istanbul 10 are potent symbols of what is happening under the relentless crackdown in Turkey today,” said Kumi Naidoo.

“Rather than being lauded and supported, human rights defenders spend their days either languishing in jail or living in constant fear of prosecution and imprisonment. The Istanbul 10 and Taner should be acquitted and all those jailed in Turkey merely for defending human rights, must be released.”