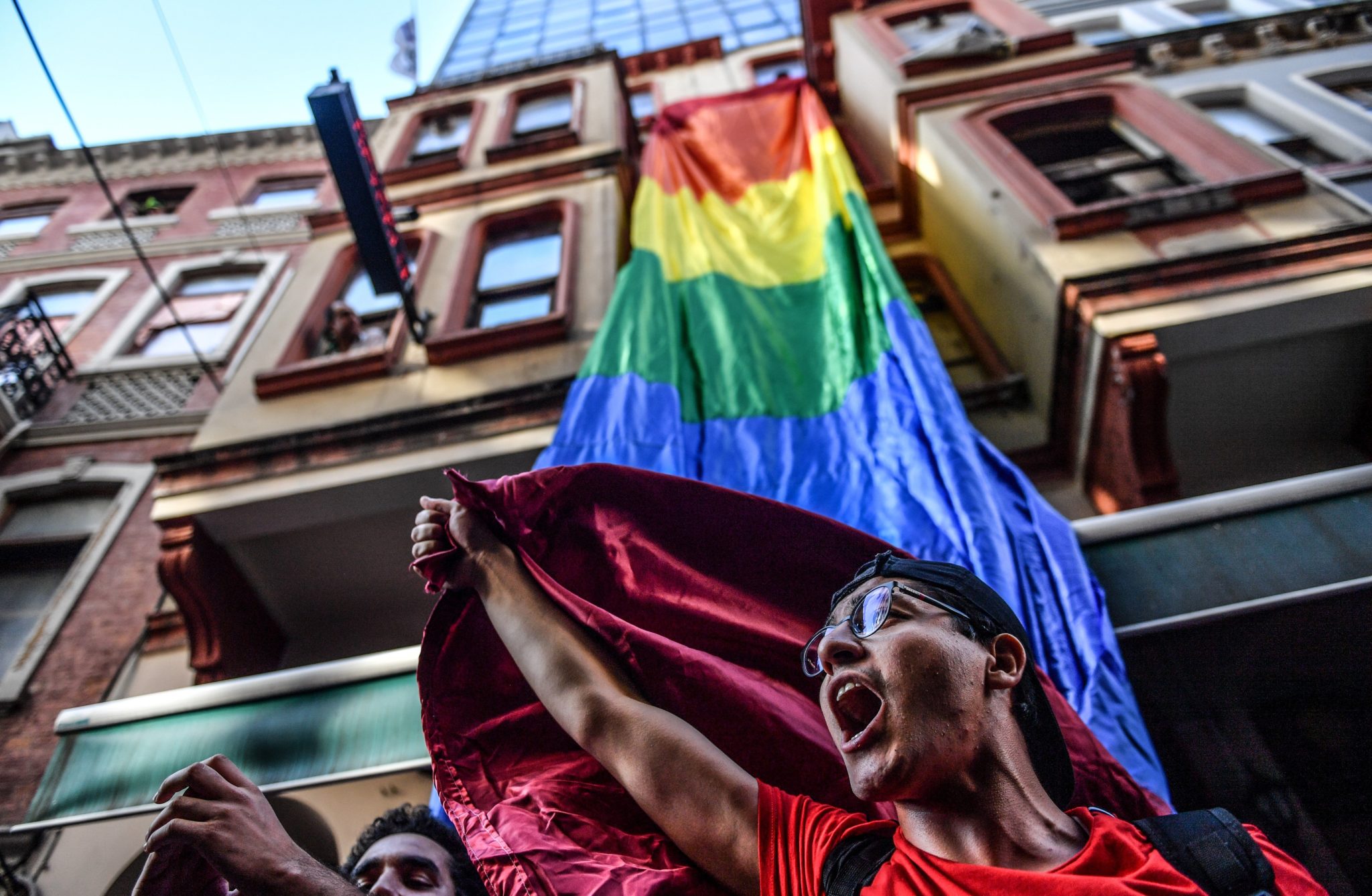 Ahead of the 17 May International Day Against Homophobia, Transphobia and Biphobia (IDAHOTB) Amnesty International calls on the government of Turkey to take urgent action to counter the increasing number of discriminatory statements and policies by state officials against LGBTI people. The authorities must instead promote equality both in their statements and actions.

On 24 April, a senior state official at the Religious Affairs Directorate (Diyanet) blamed homosexuality and people in relationships outside marriage for the spread of HIV, urging followers to combat this “evil” in a Friday sermon focusing on the Covid-19 outbreak.

These homophobic statements were publicly supported by a series of senior government officials, including President Erdoğan, while those in civil society that condemned the homophobic remarks were censured by the authorities. The Ankara, Istanbul, Izmir and Diyarbakır bar associations made statements criticizing the discriminatory comments. Rather than heed this criticism, prosecutors launched a criminal investigation into the statement by the Ankara Bar Association under Article 216/3 of the Penal Code that criminalizes “insulting religious values”. The Justice Minister issued a statement supporting the investigation against the Ankara Bar Association and prosecutors in Diyarbakır launched an investigation against the Diyarbakır Bar Association on the same grounds.

This spike in discriminatory speech targeting LGBTI people is taking place after a long period of government action stigmatizing and discriminating against LGBTI individuals and organisations. For years, successive governments have failed to take steps to provide legal protections against discrimination on grounds of sexual orientation and gender identity. Since 2015, however, the discrimination by the government has been especially targeted. The annual Pride March where once tens of thousands marched every year in Istanbul has been banned on spurious security grounds the past five years, violating their rights to freedom of peaceful assembly. Those who have attempted to celebrate Pride have done so risking police violence, arbitrary detention and prosecution. Last year witnessed the most comprehensive ban of Pride events across the country ever, including the first ban of the Pride march in Izmir. The Ankara Governor’s office issued two blanket bans on all events organised by LGBTI rights organisations, the first was a ban under state of emergency powers. Both were eventually overturned by the courts. The trial of 18 students and one academic from Middle East Technical University for taking part in a Pride event on their campus in Ankara in May 2019 is still ongoing.

LGBTI rights organisations have highlighted the chilling effect that government statements and policies are having. LGBTI individuals live in fear that homophobic and transphobic statements, left unopposed, can lead to an increase in physical threats and attacks. Government authorities must take steps to prevent homophobic and transphobic violence, and where such attacks take place, promptly launch thorough, independent and impartial investigations and bring those found to be responsible to justice.

The government of Turkey must end its participation, support and encouragement of homophobic statements that stigmatize and discriminate against LGBTI people. Instead, the government must take urgent action to counter stereotypes, eradicate discrimination and foster greater equality.  Government officials who are fueling hatred and creating a hostile environment for LGBTI people must be subjected to appropriate disciplinary or other sanctions, as appropriate.   State authorities must promote equality for all, including LGBTI individuals. Criminal investigations against those who have freely expressed their opposition to discriminatory and homophobic statements must be dropped immediately, and the work of LGBTI organisations should be allowed, enabled and supported to continue unhindered.