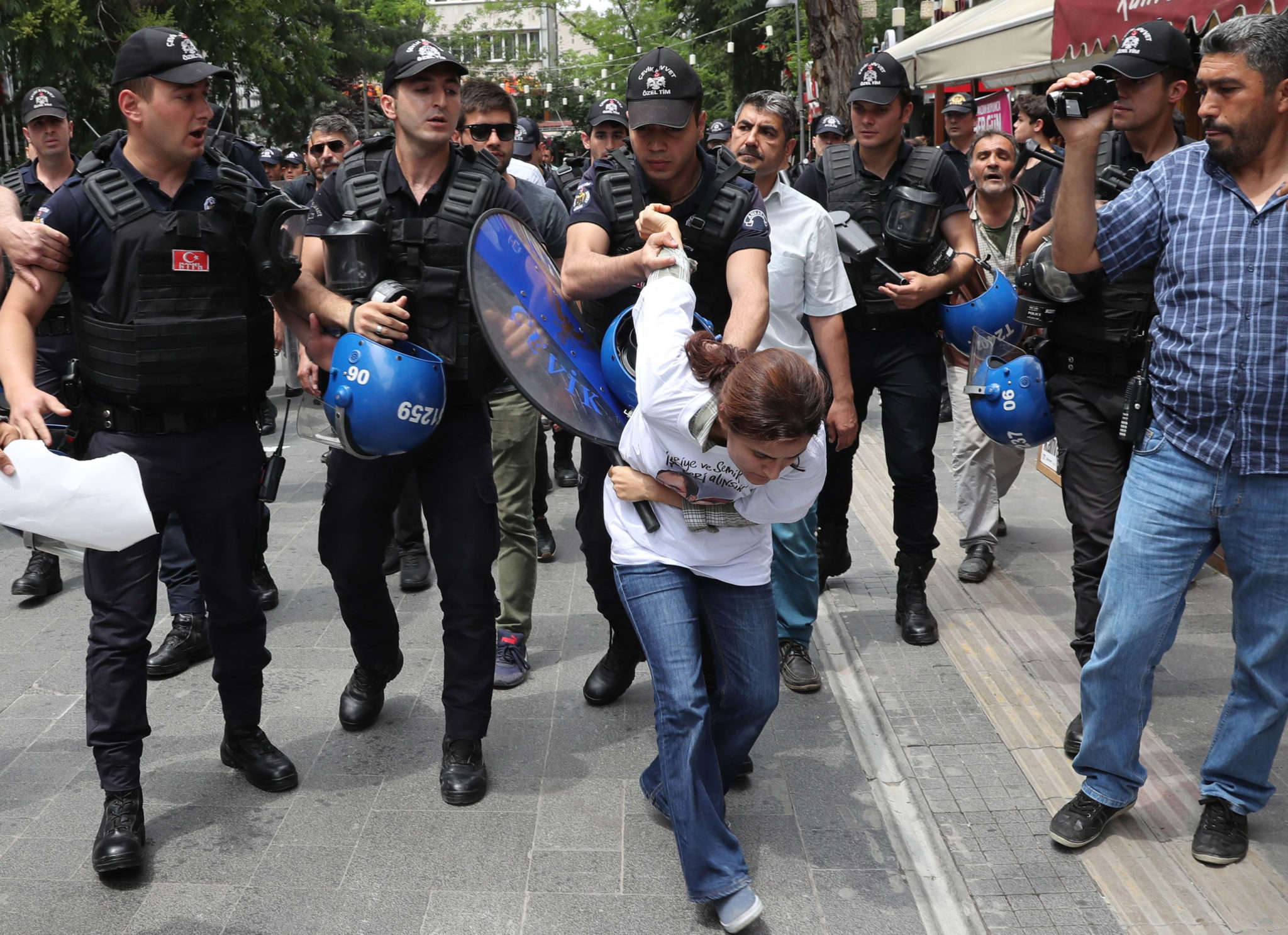 A sustained and escalating crackdown curtailed the vital work of human rights defenders in Turkey and left swathes of society in a state of constant fear, a new report from Amnesty International has revealed.

The report, Weathering the storm: Defending human rights in Turkey’s climate of fear, reveals how few areas of Turkey’s once vibrant independent civil society have been left untouched by the ongoing state of emergency.  A nationwide crackdown has resulted in mass arrests and dismissals, the hollowing out of the legal system and the silencing of human rights defenders through threats, harassment and imprisonment.

“Whilst the jailing of journalists and activists may have hit the headlines, the profound impact that Turkey’s crackdown has had on wider society is harder to quantify but it is no less real,” said Colm O’Gorman, Executive Director of Amnesty International Ireland.

“Under the cloak of the state of emergency, Turkish authorities have deliberately and methodically set about dismantling civil society, locking up human rights defenders, shutting down organisations and creating a suffocating climate of fear.”

The state of emergency, declared in July 2016 as a temporary exceptional measure in the wake of the failed coup attempt, was renewed for a seventh time last week. Under its imposition, the rights to freedom of expression to liberty and security and to fair trials have been decimated. In so doing, the last line of defence for any healthy society – namely the work of human rights defenders – has been breached.

Blanket bans on public gatherings in cities across Turkey have curtailed the right to assembly and association. Meanwhile more than 100,000 people have faced criminal investigations and at least 50,000 people have been imprisoned pending trial. More than 107,000 public sector employees have been summarily dismissed.

Many of the country’s most prominent journalists and human rights defenders, including Taner Kılıç, honorary chair of Amnesty International Turkey, have been jailed on baseless “terrorism” charges. But their arrests are merely the tip of the iceberg.

In February, journalists Nazlı Ilıcak, Ahmet Altan and Mehmet Altan were given life sentences without parole for “attempting to overthrow the constitutional order” merely for doing journalistic work. The same sentence could be imposed on human rights lawyer and columnist Orhan Kemal Cengiz for critical comments he made on social media, at speaking events and in his columns. A decision on his case is expected on 11 May.

Intimidation and the silencing dissent

The crackdown on dissent has had a chilling effect on freedom of expression across the country. As lawyer and human rights defender Eren Keskin, who is facing 140 separate prosecutions, a travel ban and prison sentences pending on appeal, told Amnesty International: “I try to express my views freely but I am also acutely aware of thinking twice before speaking or writing.”

As the Turkish military offensive in Afrin, Northern Syria, began on 20 January 2018, hundreds of people who expressed their opposition to the intervention were targeted. According to the Ministry of the Interior, by 26 February, 845 people had been detained for social media posts, 643 people were subject to judicial proceedings and 1,719 social media accounts were under investigation in connection with Afrin.

One human rights activist, Ali Erol, was held in police custody for five days after tweeting an image of an olive tree alongside anti-war hashtags. He is facing a criminal investigation for “propaganda for a terrorist organisation” and “inciting the people to hatred and enmity”.

In March, more than 20 students were taken into police custody for participating in a campus based anti-war protest. Ten were subsequently remanded in prison pending trial.

Shutting down of NGOs and marginalizing groups

More than 1,300 NGOs have been permanently closed down under the state of emergency for unspecified links to “terrorist” organisations. They include organisations that once carried out vital work supporting groups such as survivors of sexual and other gender-based violence, displaced people and children.

Zozan Özgökçe of the Van Women’s Association told Amnesty International: “There is now a huge gap in the provision of advice and support to survivors. It really breaks my heart.”

The organisation which was uniquely placed to support women in hard to reach rural communities in eastern Turkey, helped raise children’s awareness of sexual abuse and provided training in leadership and financial literacy for women. It is now closed.

LGBTI organisations speak of being pushed “underground” with public events such as gay pride marches and film festivals banned in several cities.

One activist told Amnesty International: “Today most LGBTI+ people in Turkey are living in more fear than ever before. With the overall crackdown on freedom of expression, LGBTI+ people feel that the spaces for them to be themselves are drastically shrinking.”

“Extraordinary measures are becoming increasingly normalized in Turkey, and yet in spite of the malicious, deliberate and targeted onslaught against individuals and groups, there are still brave people in Turkey willing to stand up and speak out,” said Colm O’Gorman.

“The international community should stand with them and call on the Turkish authorities to lift restrictions on civil society organisations, end the crackdown on freedoms and lift the climate of fear and intimidation.”