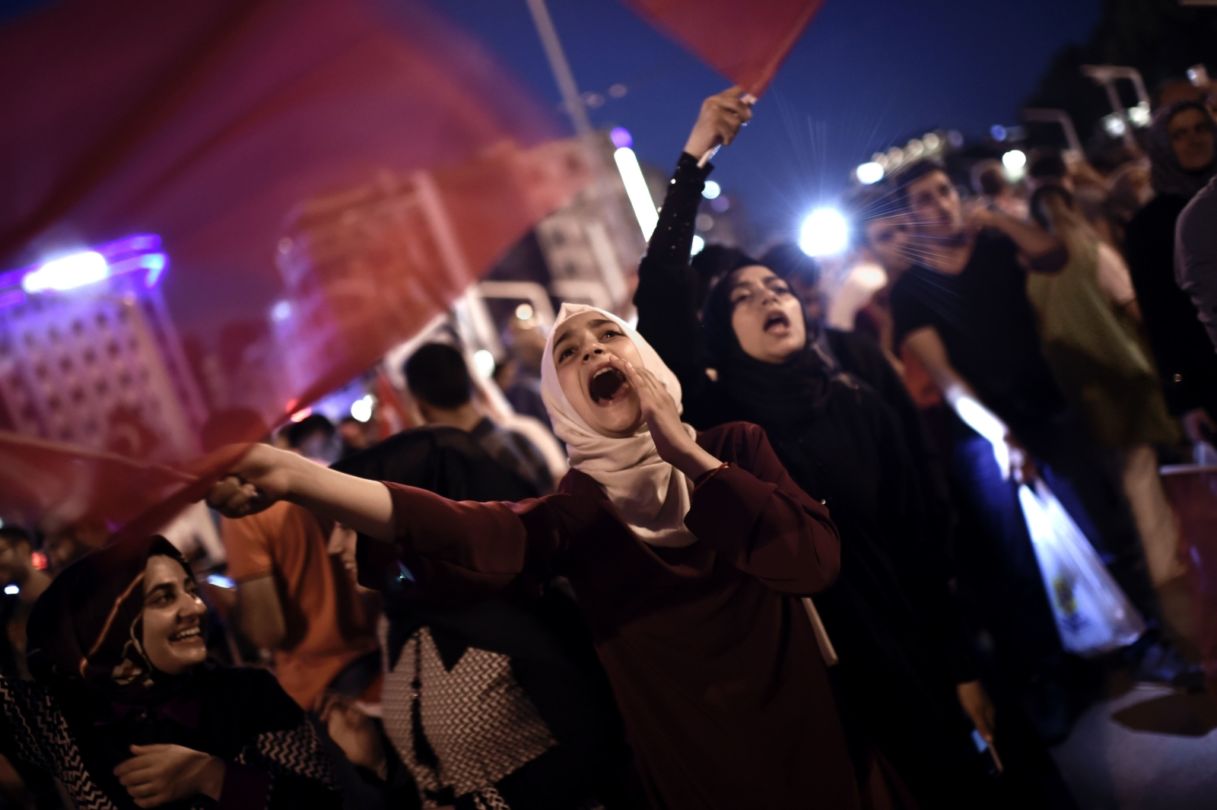 Turkey: Curfews and crackdown force hundreds of thousands of Kurds from their homes

Tens of thousands of residents of the UNESCO world heritage site of Sur are among an estimated half a million people forced out of their homes as a result of a brutal crackdown by Turkish authorities over the past year which may amount to collective punishment, said Amnesty International in a new report.

As the suppression of opposition Kurdish voices by the Turkish government intensifies, the report Displaced and dispossessed: Sur residents’ right to return home, reveals the desperate plight of families forced out of the historical centre of Diyarbakir as a result of intensive security operations towards the end of last year and an ongoing round-the-clock curfew. Homes in the once-bustling district have been destroyed by shelling, demolished and seized to pave the way for a redevelopment project that very few former residents are likely to benefit from.

“A year after a round-the-clock curfew was imposed in Sur, thousands of people remain displaced from their homes, struggling to make ends meet and facing an uncertain future in an increasingly repressive atmosphere. Whilst the crackdown on civil society in south-eastern Turkey has been widely reported, there has been little coverage of the forced displacement which has devastated the lives of ordinary people under the pretext of security,” said Colm O’Gorman, Executive Director of Amnesty International Ireland.

Following the breakdown of a ceasefire in July 2015, clashes broke out between people affiliated to the armed Kurdistan Workers’ Party (PKK) and Turkish security forces. In response to declarations of “self-governance”, the building of barricades and digging of trenches in Sur, the central district of Diyarbakır, and other towns across the south-east, authorities began imposing 24-hour curfews and carrying out heavily militarised security operations.

On 11 December 2015, an indefinite 24 hour curfew was declared in six of Sur’s 15 neighbourhoods preventing people from leaving their homes even to buy essential food or medical supplies. Police reportedly used loudspeakers to order people to leave. Water and electricity were cut for extended periods, while homes were rocked by army shells and peppered with bullets.

One woman who attempted to stay in her home told Amnesty International: “I was in the house with two children, we didn’t drink water for one week. One day a [tear] gas capsule was fired into the house. We didn’t have electricity for 20 days. I wanted to leave but I had nowhere to go.”

The clashes in Sur ended in March 2016, but the curfew has remained in large parts of the district. Following the forced evictions almost all properties have been seized by Turkish authorities with many buildings also demolished. Although return has been made almost impossible by the curfew and the destruction, some residents have ventured back only to find their homes ransacked and possessions looted or destroyed.

One man returned to his home eight months after being displaced to find all of its walls had collapsed. He told Amnesty International: “I can’t even cry any more. I have cried so much over losing my house.”

Police forced another man to leave his home, together with his father and brother, before detaining them. He told Amnesty International, “They forced us to leave with guns to our heads.” All three of them were initially charged with terrorism offences but the charges have subsequently been dropped. When he returned to his home he found that his possessions had been burnt.

A woman told Amnesty International that she was harassed by the police when she visited her home six months after being forced to leave, and is not planning to go back. “We found all our belongings broken and piled up in in the courtyard,” she said. Her family were offered 3,000TL (around 800 Euro) compensation for the loss of their possessions, a fraction of what they were worth. Her daughter-in law said: “We were going to appeal but they said that this is all we would get, so we signed.”

Displaced residents have been unable to find adequate alternative housing that is affordable and have struggled to access essential services. Many lost their jobs when they were displaced and children have had their education severely disrupted or have dropped out of school altogether. Grossly inadequate compensation and a failure by authorities to provide sufficient – or in some cases any – rent assistance has pushed already impoverished families into greater hardship.

To compound the situation, the targeting of Kurdish opposition voices following the coup attempt has meant that NGOs providing vital support for poor and displaced people have now been shut down.

Residents reject government claims that the ongoing curfew and house demolitions are being done in the interest of security given that the clashes finished over eight months ago. Instead they see them as part of a calculated plan to redevelop their neighbourhoods and resettle them elsewhere. An urban regeneration project first aired in 2012 has been resurrected, but details remain scant and residents have not been consulted. This follows a pattern of such projects in Turkey which have forcibly evicted residents who are never able to return home.

“On the bitter anniversary of the curfew in Sur, much of the population of this world heritage site have been forced to look on as their own heritage has been bulldozed. Shockingly, the desperate situation facing the displaced residents of Sur is mirrored in dozens of other districts across south-east Turkey. The government must act urgently to lift the curfew, ensure affected communities are fully compensated and either helped to return to what remains of their homes or, at the very least, to their neighbourhoods,” said Colm O’Gorman.

Sur is the central district of Diyarbakir, the largest city in the predominantly Kurdish south-east of Turkey. Its ancient fortified walls and adjacent Hevsel Gardens were designated a UNESCO world heritage site in 2015.

Many of the people in Sur came there after being forced to evacuate from rural villages during the conflict in the 1980’s and 1990’s. Forced relocations by Turkey’s security forces at that time resulted in Diyarbakır’s population more than doubling in size.

Under the state of emergency introduced following the July coup-attempt, the human rights situation in the south-east of Turkey has deteriorated. A series of executive decrees has all but eliminated opposition Kurdish voices, shutting down media and NGOs. Elected mayors, including those for Sur and Diyarbakir, were replaced with government appointed trustees.

In November, hundreds of NGOs across Turkey were closed on the unspecified grounds of “links to terrorist organisations or threats to national security. Among the NGOs that were closed were the main ones providing assistance to families displaced from Sur.

The figure of at least half-a-million people displaced in the south-east is an estimate based on the size of the populations in areas placed under long-term curfews, reported proportions of residents forced to flee and the level of destruction to homes and infrastructure in these areas.

Turkey is a party to a number of international and regional human rights treaties which requires it to respect people’s rights to freedom of movement, adequate housing and other economic and social rights, as well as provide effective remedies for victims of human rights violations.