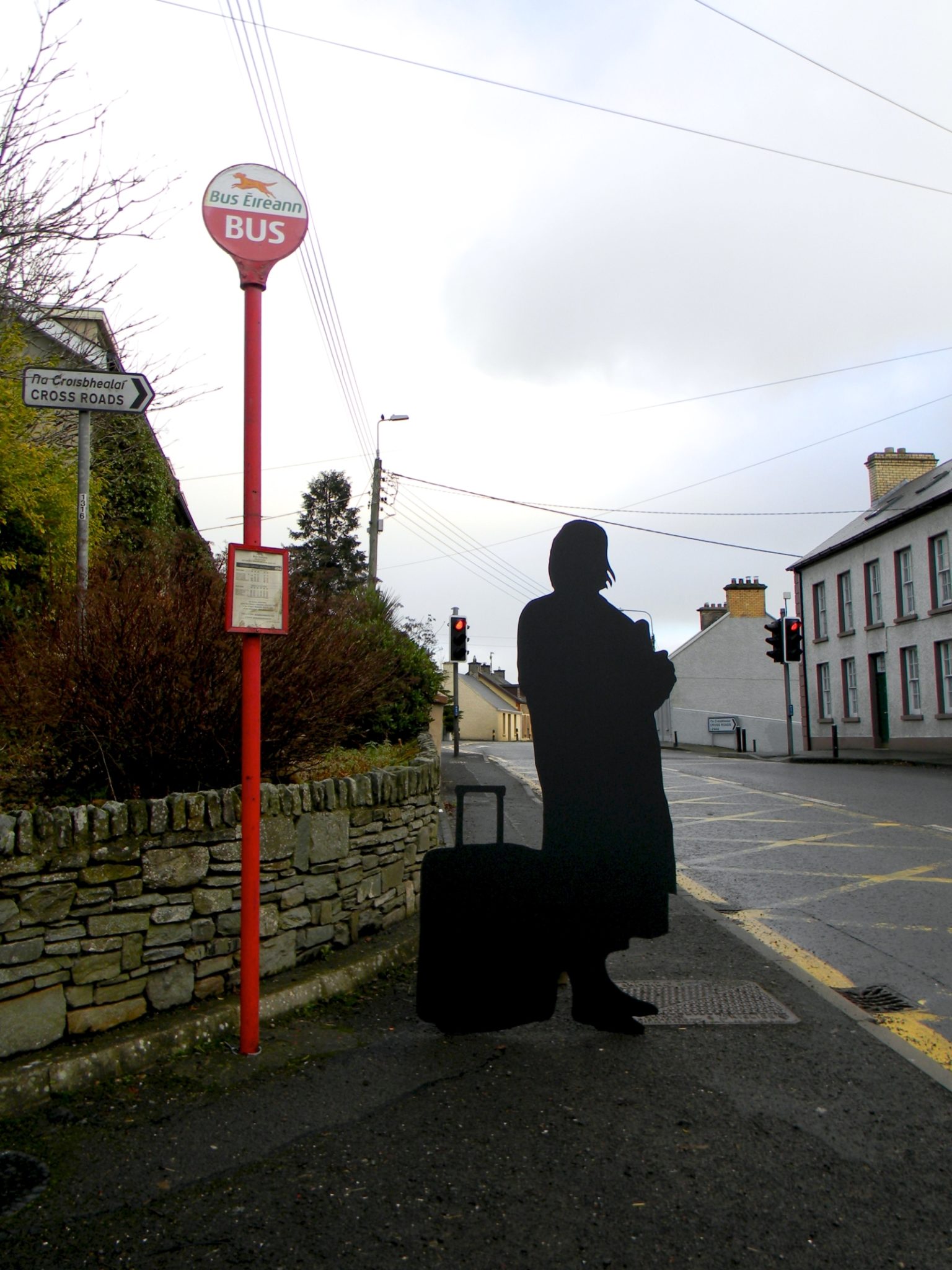 At least 10 women and girls each day travel to the UK to access abortion services.

Today, an innovative art project which highlights the harrowing journey experienced by women and girls forced to travel outside Ireland to access abortion services will visit Letterkenny. The project, which is led by artist and activist Will St Leger and supported by the Abortion Rights Campaign and Amnesty International Ireland, will visit six counties over its six day tour. The exhibition will also visit Mayo, Sligo, Leitrim, Meath and Dublin.

Every year, at least 4,000 women are forced to travel outside of Ireland to access abortion services. This refers to the number of women who give Irish addresses. The real figure, which doesn’t account for women travelling to other countries or purchasing abortion pills online, could be much higher. In Donegal alone, 67 women and girls have travelled to the UK for an abortion in 2015.

“Ireland’s abortion laws do not stop women and girls from having or needing abortions, it simply forces them to travel abroad. The law, which is one of the most restrictive in the world, disproportionally affects certain women and girls, including minors, survivors of sexual violence, asylum seekers, women with health problems or those who are otherwise unable to travel. Travelling abroad for abortion is expensive (costing at least €1,000) which further limits abortion to those who can afford to travel.” said Colm O’Gorman, Executive Director of Amnesty International Ireland.

“Women in rural areas face additional obstacles when travelling for an abortion, such as infrequent public transport and longer journeys. ARC regional groups have engaged with these communities to break down the culture of stigma, shame, and fear that has pervaded the issue of abortion for too long. This project will build on the progress made by Abortion Rights Campaign regional groups and other local and community groups. It will continue expanding the dialogue on the urgent need for a referendum to repeal the Eighth Amendment, “said Taryn Gleason, Abortion Rights Campaign Donegal spokesperson.

Life-size silhouettes representing women will be placed in various locations across the country to visually symbolise the fact that, on average 10 women and girls are forced to leave Ireland every day to access abortion services aboard.

“Many women who travel to the UK for an abortion describe the journey as traumatic and upsetting. The Irish state and health service effectively turns its back on them, forcing them to bear the psychological, physical and financial burden alone. Women forced to travel feel sense of exclusion from their health care system, the stigma of traveling, and the burden of secrecy, shame and fear that comes with knowing they are doing something that is a criminal offence at home. This project is designed to bring these women out of the shadows so that we can stand in solidarity with them,” said artist and activist Will St Leger.

Ireland’s abortion laws creates a two-tiered system where some women can circumvent the law by travelling abroad for abortions, while others are forced to continue with a pregnancy or resort to illegal and often unsafe means of accessing abortion, including the use of abortifacient medication bought online. Though this medication is safe, it should be taken with medical supervision which Irish law prohibits.

The exhibition culminates in Dublin this weekend, which coincides with the next meeting of the Citizens’ Assembly.

“Ireland’s abortion laws causes serious human rights violations to women in Ireland every day. The Irish Government is under an immediate obligation to bring Irish law into compliance with international human rights law, which requires the repeal of the Eighth Amendment. It cannot abdicate that responsibility to the Citizens’ Assembly,” said Colm O’Gorman, Executive Director of Amnesty International Ireland.

An independent Red C poll commissioned by Amnesty International in February 2016 found that 87% favour expanded access to abortion. 80% would vote to repeal the Eighth Amendment, either outright or if reasonable restrictions were put in place. Of the 5% of people personally opposed to abortion in all circumstances, half would still vote to repeal the Eighth Amendment.