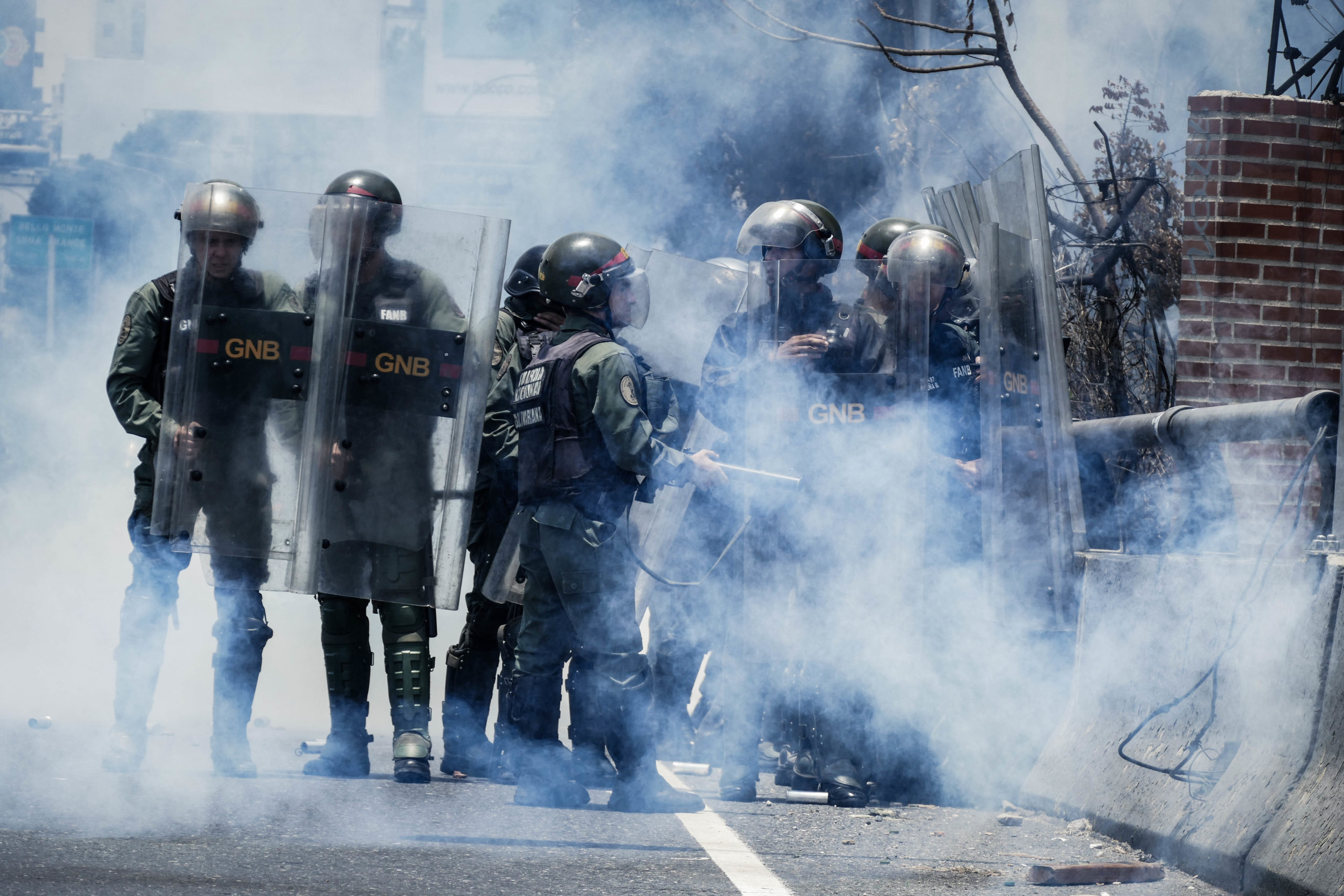 The shadowy and poorly regulated global trade of tear gas is fuelling police human rights violations against peaceful protesters on a global scale, Amnesty International said today as it launched a new resource analysing the misuse of the riot control agent around the world.

Tear Gas: An investigation is the organisation’s interactive, multimedia site looking into what tear gas is, how it is used and documenting scores of cases of its misuse by security forces worldwide, often resulting in severe injuries or death.

The site is especially relevant today. It comes on the anniversary of the Hong Kong Police Force beginning its months-long barrage of tear gas against peaceful demonstrations – which has recently been renewed – and as police forces in dozens of cities around the USA have been bombarding protesters with tear gas.

“Security forces often lead us to believe tear gas is a ‘safe’ way to disperse violent crowds, avoiding having to resort to more harmful weaponry. But our analysis proves that police forces are misusing it on a massive scale,” said Sam Dubberley, Head of the Evidence Lab on Amnesty International’s Crisis Response Programme.

“We documented police forces using tear gas in ways that it was never intended to be used, often in large quantities against largely peaceful protesters or by firing projectiles directly at people, causing injuries and deaths.”

• Firing into confined spaces;
• Firing directly at individuals;
• Using excessive quantities;
• Firing at peaceful protests; and
• Firing against groups who may be less able to flee or more susceptible to its effects, such as children, older people and people with disabilities.

Over the past year, Amnesty International’s Crisis Evidence Lab has been researching tear gas misuse around the world, primarily through videos posted to social media platforms such as Facebook, YouTube, and Twitter.

Using open source investigation methods, the organisation verified close to 500 videos and highlighted almost 80 events in 22 countries and territories where tear gas has been misused, confirming the location, date, and validity. The analysis was carried out by Amnesty International’s Digital Verification Corps – a network of students at six universities on four continents trained in sourcing and verifying content from social media.

Alongside interviews with protesters themselves, this analysis exposes a disturbing global trend of widespread, unlawful use of tear gas.

The site includes a video done in collaboration with SITU Research, which analyses the performance characteristics of tear gas, explains the inner workings of the munitions and shows how their misuse can maim and kill.

Tear gas has been fired through the windshield of a passenger car, inside a school bus, at a funeral procession, inside hospitals, residential buildings, metros, shopping malls, and – strangely – in virtually empty streets.

Security forces have also fired canisters directly at individuals, leading to fatalities; and from trucks, jeeps and drones whizzing by at high speeds. Those on the receiving end have included climate protesters, high school students, medical staff, journalists, migrants and human rights defenders, such as members of the Bring Back Our Girls movement in Nigeria.

One video clip shows how police in the US city of Philadelphia on 1 June 2020 fired repeated volleys of tear gas at dozens of protesters trapped on a steep highway embankment with no safe escape route.

Doctors in Omdurman, outside Sudan’s capital Khartoum, told Amnesty International that security forces and troops raided a hospital emergency room last year, filling it with noxious gas, further injuring 10 patients. One doctor said: “The soldiers fired tear gas and live ammunition inside the hospital, then some came to the emergency room and fired four tear gas canisters; thank God only one exploded.” A tear gas canister was thrown under the bed of a 70-year-old man who was a cardiac arrest patient. He died 10 minutes later.

A video from Venezuela shows a tear gas canister punching a hole in a makeshift wooden shield a protester used to defend himself from police use of the weapon in Caracas. A close miss: just a few centimetres off and it could have caused a life-threatening injury.

The site includes video interviews with a range of external analysts – from an emergency physician to experts in policing, and business and human rights – about why tear gas is so harmful when used incorrectly.

Amnesty International joins the UN Special Rapporteur on Torture in equating the use of tear gas in certain situations as amounting to torture or other ill-treatment.

Despite its widespread misuse, there are no agreed international regulations on the trade in tear gas and other riot control agents. Few states provide public information on the quantity and destination of tear gas exports, hampering independent oversight.

Amnesty International and the Omega Research Foundation have campaigned for over two decades for greater controls on the production, use and trade in tear gas and other less lethal weapons. As a result, the UN and regional bodies such as the EU and the Council of Europe have recognised the need to regulate the export of less lethal weapons.

Following high level diplomatic advocacy by the 60 plus states of the Alliance for Torture-Free Trade, supported by Amnesty International and Omega, the UN is now exploring potential development of international trade controls on less lethal weapons and other goods to prevent their use in torture, other ill-treatment and the death penalty. Amnesty International and Omega are now pressing for such measures to include tear gas and other riot control agents.

“Part of the problem with tear gas is simply that some police forces misunderstand how and when it can be used lawfully, while others choose to ignore such guidance and some have weaponised it,” said Patrick Wilcken, Researcher, Arms Control, Security & Human Rights.

“But part of the solution also needs to be greater scrutiny of the poorly regulated global trade in tear gas and other riot control agents. Tear gas should be covered by the international controls on less lethal weapons and restraints, currently being discussed at the UN.”

*produces commercial drones which have been used to launch tear gas in Gaza.