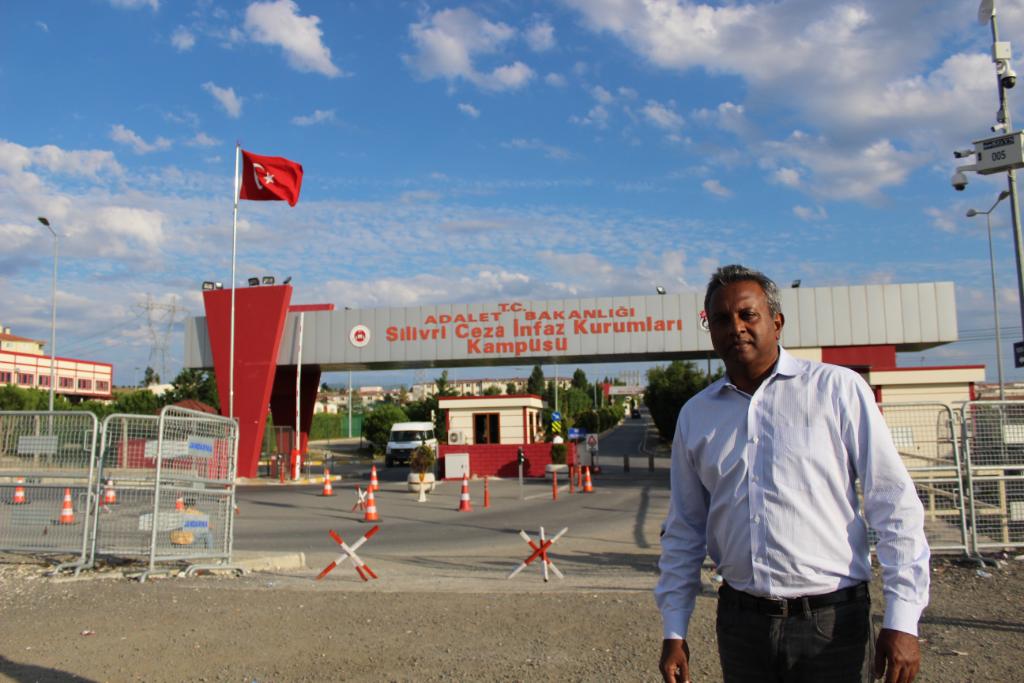 “My time in jail has made me even more committed”: Salil Shetty meets Amnesty Turkey’s jailed director

As I walked I was acutely aware of the armed guards in watch towers high above me tracking my every step. I was on my way to meet my colleague and friend İdil Eser, in the highest security section of Turkey’s highest security prison. İdil, the Director of Amnesty International in Turkey, was arrested alongside nine other human rights defenders on absurd terrorism charges more than two months ago. Incredibly – other than her lawyers who see her for one hour each week, and a Member of Parliament – I will be İdil’s first visitor.

Provisions restricting prisoners detained under the state of emergency to visits by immediate family members have meant that İdil, who has no living relatives, has been entirely cut off from her friends.

I had attempted to visit İdil as soon as I arrived in Turkey some days earlier, but had been turned away at the prison gates. After meeting the Minister of Justice Abdülhamit Gül in Ankara, renewing our call to be granted a visit, I could finally see her.

Of all the prisons around the world I’ve been to, Silivri – the largest penal facility in Europe – is the most sophisticated and the most intimidating. After passing through its imposing entrance and being subjected by the courteous prison guards to body searches, metal detectors and an iris scan, I found myself in huge city of concrete.

Yet despite its size – Silivri is thought to accommodate up to 17,000 people – the walk across the complex is eerily deserted. Only the occasional metallic clang of a prison door or the sharp sound of a guard’s whistle cuts the oppressive silence.

The concrete buildings where İdil is jailed are painted yellow and separated from the other blocks by a high wall. I go through a final screening and am led into a large brightly lit windowless room. Just as I sit at a table in the middle of the room a door on the other side of the room opens. It is İdil.

As she sees me, a look of surprise and delight breaks across her face and her eyes sparkle with a familiar energy. “Salil!” she cries, as she steps away from the two guards flanking her and runs towards me with arms outstretched.

As we hugged long and hard I felt a powerful wave of emotion sweep through me. “What a surprise!” she said, “I knew that you were in Turkey and trying to see me but I did not expect you to get permission. I had ruled it out.”

İdil is the same İdil that we have always known and loved: smiling and positive. “I am fine,” she tells me, beaming. “Can’t you see? I am doing yoga, sports, learning Russian, reading all the newspapers and keeping myself busy.”

And yet despite this, Idil admits her isolation has been very hard. Although she shares a cell with another woman, she has not even able to speak to the other human rights defenders such as Özlem Dalkıran, who were arrested alongside her. “Özlem is only three doors away but if I want to find out anything about her I have to try and find out in the newspapers.”

“I am not allowed the fortnightly phone calls like other prisoners and I don’t get any of the letters sent to me. All I have are the messages given to me by my lawyer.”

İdil tells me that she has gained a greater appreciation of what prisoners go through from her time in Silivri and intends to campaign more on prisoners’ rights in the future.

I tell İdil about the meeting I had had with her friends and the fact that the Minister of Justice had seemed sympathetic to our request that they should be able to visit her, given that she has no other family. I also tell her that her cats are being well taken care of.

İdil is also eager to know how Amnesty Turkey is managing in her absence. She visibly brims with pride when I tell her that rather than being disheartened her team – fueled by strong coffee and an overwhelming sense of injustice – are more motivated and more determined than ever.

The conversation flows so effortlessly that had I not been so acutely conscious of the surroundings, I could have imagined that we were in a cafe in Taksim Square. But then the door opens and the guard tells us we have 5 more minutes.

“Tell everyone not to worry,” İdil says as we prepare to part. “I am ready to pay the price for my choice to work on human rights and I am not scared. Nobody has been released before 4 months in political cases and I am mentally prepared to be in here for a year. My time in jail has made me even more committed to standing up for my values. I will not compromise them.”

As I am led out the prison, I reflect on how İdil has used the outrageous injustice being meted out to her to nourish her convictions and strengthen her resolve. I am struck how, until today, I had not appreciated her remarkable inner strength. My time with her also reminds me of the contagious nature of courage. How her strength has renewed my own determination to fight not just for her release, but for the release of all people unjustly jailed in Turkey.

Passing back through Silivri prison’s imposing gates, I realise that if the wind is blowing in the right direction you can smell the sea of Marmara and even taste the salt on your lips. And it tastes of freedom. 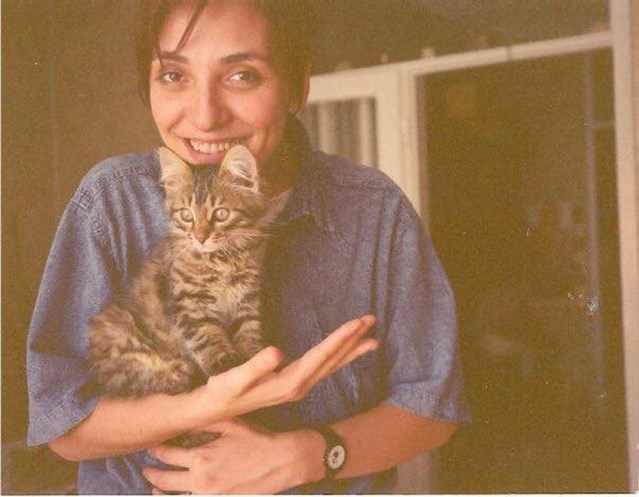 Idil Eser and her cat, taken some years ago.