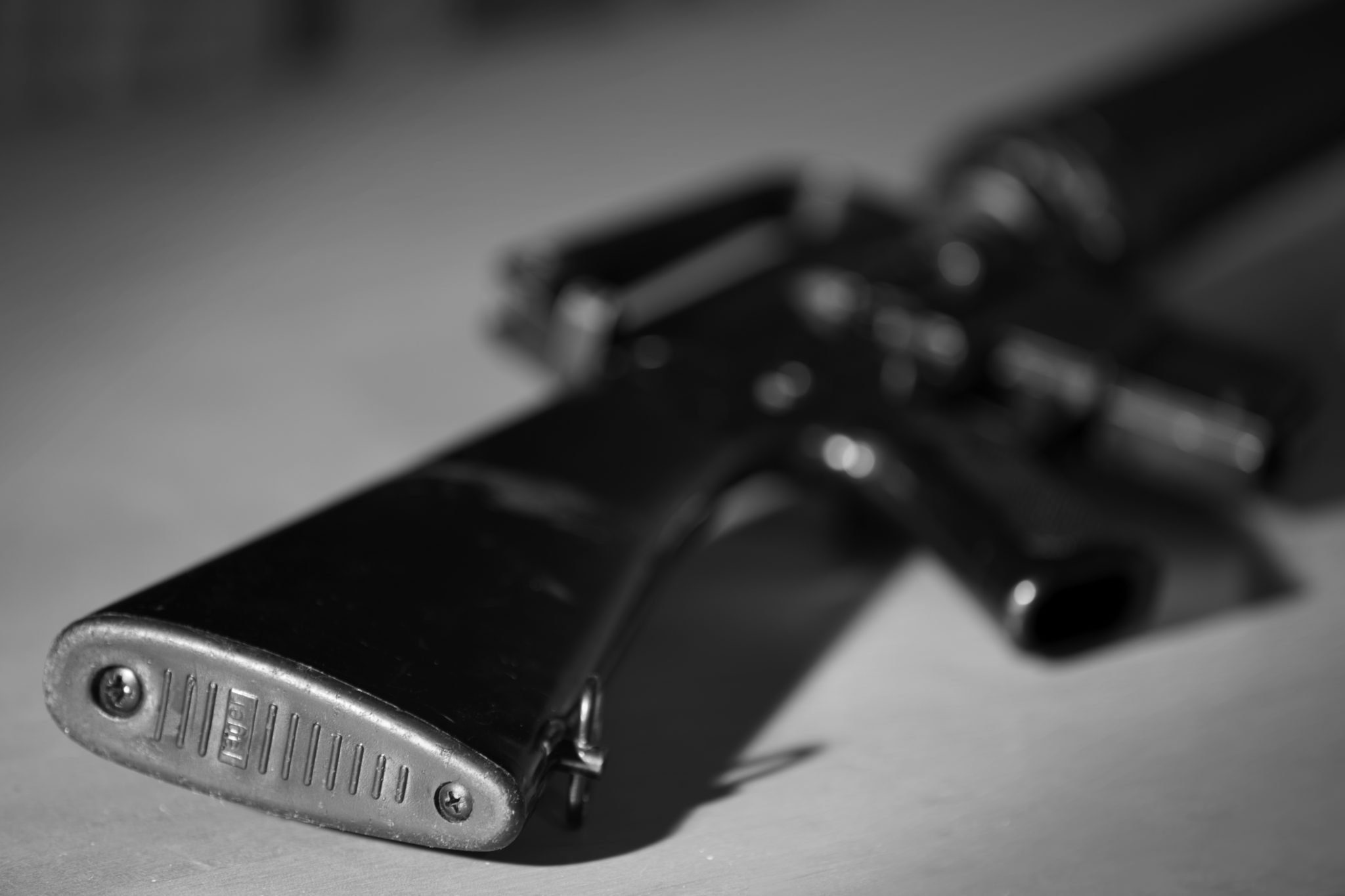 “This has to stop”: Meet 3 women campaigning for better arms control

Irresponsible arms trading devastates lives every day. Here three activists tell Amnesty International how they are affected by this issue, and what they’re doing to change things.

“It wasn’t until 2017 that I realised how big a role the global arms trade plays in the war in Yemen,” says Radhya al-Mutawakel, a Yemeni human rights defender.

“I used to assume the world didn’t know what was happening in my country.”

For al-Mutawakel, who heads the human rights organization Mwatana, the defining moment came three years into Yemen’s bloody civil war when she attended a session of the Human Rights Council. She was dismayed to see how unwilling the US, UK and France were to support an investigation into alleged war crimes by the Saudi Arabia-led coalition.

Weeks before, a UN report had documented how coalition air attacks killed at least 933 civilians in just over a year. Pictures of Buthaina, a five-year-old girl who lost her entire family, in an airstrike, had recently gone viral, and research by Amnesty International showed how the bomb that killed Buthaina’s family was made in the US. But Saudi Arabia’s arms suppliers did not want to hold their customer accountable.

“I understood then that the financial interests of these countries mean they will carry on blindly supplying arms to Saudi Arabia,” al-Mutawakel says. “‘Arms trade’ is the key phrase in this conflict.”

Al-Mutawakel is one of several women who have spent the past few years on the frontline of the campaign against irresponsible arms trading.

Folade Mutota, Executive Director of the Women’s Institute for Alternative Development (WINAD) in Trinidad and Tobago, explains why it is so important that women’s voices are heard in discussions about global arms control:

“Most victims of armed violence in Trinidad and Tobago are men, which means that the impact on women is often overlooked. But any situation of insecurity impacts women’s health and wellbeing significantly. The presence of guns in a society exacerbates gendered power differences.”

The global arms trade is worth about $100bn each year. In 2014, campaigners working to regulate this formidable industry had a major breakthrough when the UN Arms Trade Treaty (ATT) came into effect. The rules of the ATT are simple: arms transfers are prohibited if there is an overriding risk of them contributing to human rights violations, or if it’s known they’d be used to commit war crimes. But so far it’s been an uphill struggle to get governments to stick to these rules.

Radhya al-Mutawakel’s organization Mwatana has been at the forefront of the fight to hold governments to account for their role in civilian deaths in Yemen, which is now the world’s worst humanitarian crisis. In the aftermath of airstrikes Mwatana are often among the first on the scene to analyze remnants of weapons.

“We have been able to show that weapons made by the UK, US, and Italy have been used in unlawful strikes by the coalition,” al-Mutawakel says.

Earlier this year Mwatana and two European organizations launched legal action against Italian government officials and an Italian arms manufacturer, after they found remnants of Italian equipment at the site of a 2016 attack which killed a family of six.

“For more than three years, my people have been killed by weapons made and sold by states, including ones which have agreed to play by the rules of the Arms Trade Treaty,” says al-Mutawakel.

It’s not just countries with armed conflicts that are affected by irresponsible arms trading.  In Trinidad and Tobago, which has one of the highest homicide rates in the Americas, violent crime is fuelled by poor regulation of the global arms trade.

Folade Mutota describes how the proliferation of illegal weapons across the Caribbean “erodes the quality of life for the entire population”.

“Communities become conflict zones, gun homicide is a daily occurrence, and women’s systemic insecurity increases. Every day women’s lives are threatened in their homes and public spaces because of easy access to illegal guns,” she says.

“Insecurity also has an economic cost. As gun violence increases so does government spending on law enforcement and security, which means resources are shifted from things like health and education.”

Jasmin Nario-Galace, a peace educator and advocate from the Philippines, echoes Mutota’s sentiments about how tangible the presence of guns in society can be.

“Everybody is affected by gun violence in the Philippines,” she says.

“It’s visible everywhere –  from rural communities where clan politics reign, to big cities where you see signs in department stores and schools asking people to surrender their weapons.”

The Philippines has two long-running internal conflicts, plus a President whose “war on drugs” has led to thousands of unlawful killings during his first two years in office. But many states, including those who have signed up to the ATT, continue to pour weapons into the country.

“The Philippines is awash with weapons – from AK-47s to landmines and grenades. In a country that has a strong culture of warlords and blood feuds, this is a recipe for disaster,” says Nario-Galace.

“When so many people are armed everyday situations can quickly escalate – people have been shot dead over parking disputes.”

As well as her work inside the Philippines, Nario-Galace is a member of the IANSA Women’s Network, which launched a successful campaign for the ATT to include specific measures to protect women all over the world against gender-based violence and sexual violence. As IANSA’s former head Sarah Masters put it in 2011, “It would not be possible to rape women in front of their communities and families, on such a large scale… if the availability of small arms and light weapons was controlled”.

“Being a part of this successful campaign is one of my proudest achievements,” Nario-Galace says.

“It is so important that we recognize the specific ways that armed violence impacts women.”

She gives a grim example from her own country. On 23 November 2009 58 people, including 33 journalists, travelling in an election convoy were massacred in the Philippines’ Maguindanao Province. There is evidence that at least five of the women were raped before being killed, while many of the women were shot in their genitals before being beheaded.

“This demonstrates the specific way that women are affected by armed violence, and shows how big a role sexual violence plays in a society that is so flooded with weapons,” says Nario-Galace.

For Folade Mutota, it’s important to also recognize the particular ways that women can be part of the solution to armed violence.

“Women have a valuable role to play in creating change. Whether through lobbying for resources and opportunities for their communities, brokering peace initiatives, or creating and managing development projects, it’s important that we have women in leadership roles.”

“I feel I have a responsibility to prevent my country from being overrun by the trauma of gun violence,” she says.

“You can imagine how difficult it is to carry out this work in the middle of an armed conflict. But the most difficult thing of all would be if I couldn’t do anything to help.”