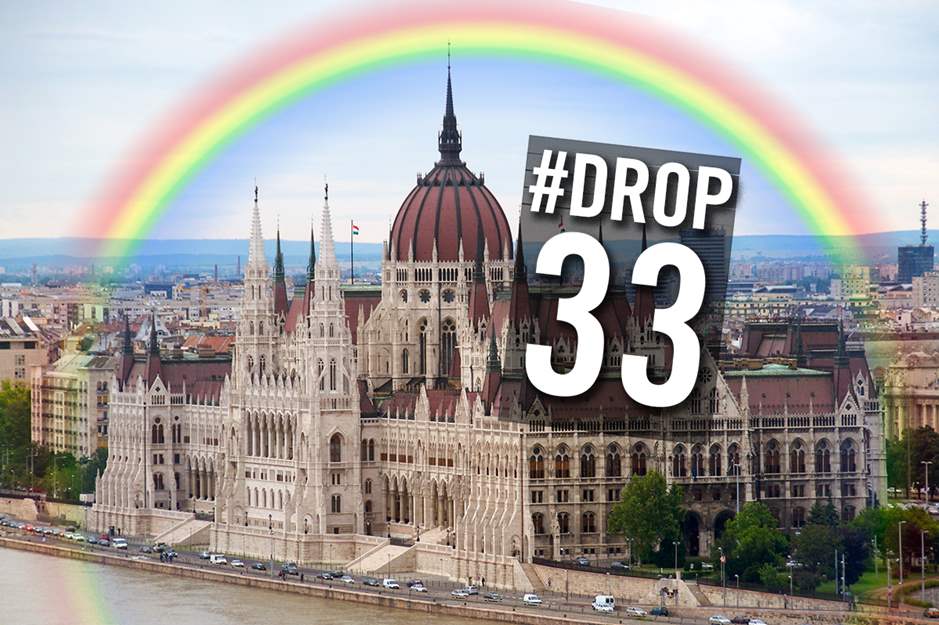 According to international and regional human rights standards, transgender people should be able to obtain legal gender recognition through quick, accessible and transparent procedures and in accordance with their own perceptions of gender identity. States must ensure that transgender people can obtain documents reflecting their gender identity without being required to satisfy criteria that in themselves violate their human rights.

Instead of complying with their human rights obligations, the Hungarian government is moving in the opposite direction, as they put forward a new bill including an article – Section 33 – which would ban legal gender recognition in Hungary. This is happening while all efforts should focus on protecting and guaranteeing the right to health for everyone without discrimination and taking urgent measures necessary to combat the COVID-19 pandemic.

It’s the tag used on Twitter to call for Section 33 of this new bill to be dropped. The Hungarian Parliament is scheduled to vote on this bill in the week of 18 May. The proposed law would ban transgender people from having their gender identity recognised before the law. Amnesty is joining international and national LGBTI organisations and activists in calling for this ban to be dropped.

Why is it a problem?

The proposed provisions of the bill contradict Hungary’s international and domestic human rights obligations in relation to several rights.

Section 33 would require the recording of individuals’ sex by birth in the national registry of birth, marriages and deaths, which could not later be changed. This means that individuals’ identification documents would contain the same, unchangeable information, hampering transgender and intersex people in registering their names and obtaining associated documents in accordance to their gender identity. These provisions severely violate the right of transgender and intersex people to dignity, their right to private and family life, and their right to legal recognition of their gender based on self-determination.

It is unclear how those people who are currently medically transitioning and whose recognition case is still pending would be impacted by the proposed changes. The proposed changes are likely to expose transgender and intersex people to further discrimination in all spheres of life.

The Hungarian Parliament has already had a first debate, following debates in two committees and is going to go back to a final debate and vote to Parliament in the week of 18 May 2020. As the governing Hungarian Fidesz party – which is proposing the bill – has a 2/3 majority in Parliament, it is highly likely that the bill will be passed.

What can people do to challenge this?

We need to tell the Hungarian government to drop Section 33. Around the International Day Against Homophobia, Transphobia and Biphobia on 17 May we are asking  everyone to join the social media campaign that ILGA Europe, Transgender Europe (TGEU) and OII-International, have launched to #Drop33.

Take a video of yourself, holding an A4 sheet with the number 33 written on it, then crumpling up the sheet and throwing it away. Post the video on your social media channels, using the following message: