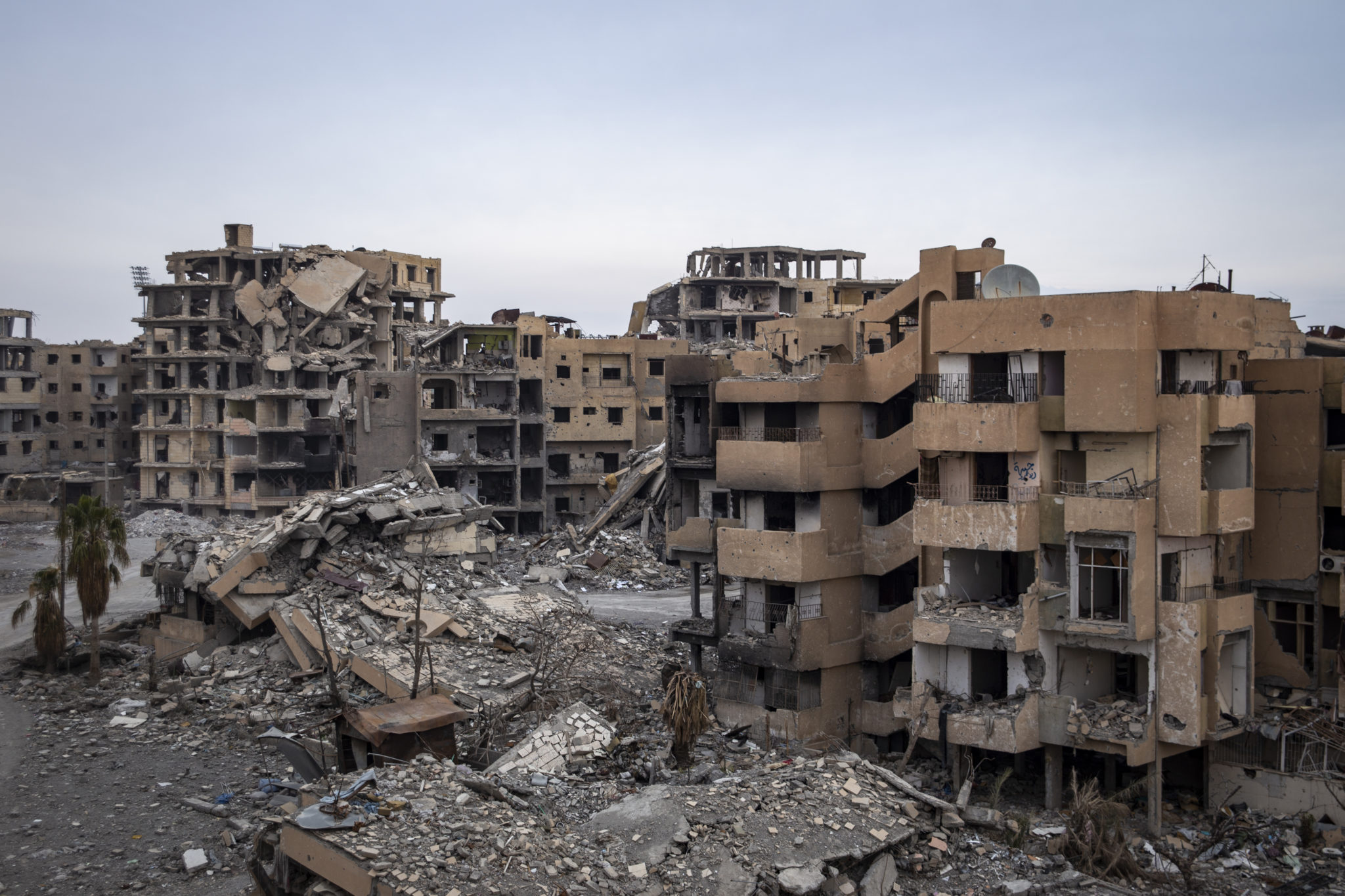 Syria: US withdrawal does not erase Coalition’s duty towards Raqqa’s devastated civilians

Reacting to today’s statement by the US-led Coalition that it has begun “the process of deliberate withdrawal” from Syria, Lynn Maalouf,  Amnesty International’s Middle East Research Director, said:

“It is deplorable that the US-led Coalition continues to ignore its responsibility of carrying out any meaningful investigations into the hundreds of civilian deaths it caused in Raqqa and elsewhere – even as it starts to withdraw from Syria.

“The Coalition is unashamedly ignoring the devastating legacy of its bombing campaign, adding insult to injury by making clear that it has no intention of offering survivors any form of remedy or compensation.

“Amnesty International has been to Raqqa multiple times since the battle ended. Not a single one of the hundreds of survivors we’ve spoken to on the ground has even been contacted by the Coalition – let alone received any assistance – as they try to rebuild their lives.

“The Coalition’s battle for Raqqa began as its military campaign in Mosul, in neighbouring Iraq, was winding down. Its legacy of devastation and impunity in Mosul should have served as a cautionary tale. There, too, Coalition strikes killed large numbers of civilians and destroyed civilian homes and infrastructure on a massive scale, but it barely lifted a finger to assist in the aftermath.

“Had the Coalition learned from its mistakes in Iraq, the utter devastation of Raqqa might have been avoided. Leaving such widespread civilian destruction in its wake is a humanitarian abomination that is at odds with the Coalition’s stated values.”

The US withdrawal – the timeline and details of which remain unknown – is unlikely to stop the US-led Coalition’s air strikes in Syria, putting more civilian lives at risk.

Amnesty International is carrying out an ongoing investigation, in partnership with Airwars, into the shocking scale of civilian casualties resulting from four months of US, UK and French bombardment to oust the armed group calling itself Islamic State (IS) from Raqqa. The results will be made public in April 2019.

Amnesty International’s on-the-ground investigations and analysis since the battle ended in October 2017 revealed compelling evidence of prima facie international humanitarian law violations by the US-led Coalition. They prompted the Coalition to revise its civilian death toll statistics upwards from 23 to more than 100 – a 300% increase.

In a September 2018 letter to Amnesty International, the US Department of Defense – whose forces carried out most of the air strikes and all the artillery strikes on Raqqa – made clear it accepts no liability for the hundreds of civilian casualties it caused. The Coalition does not plan to compensate survivors and relatives of those killed in Raqqa and refuses to provide further information about the circumstances behind the strikes.