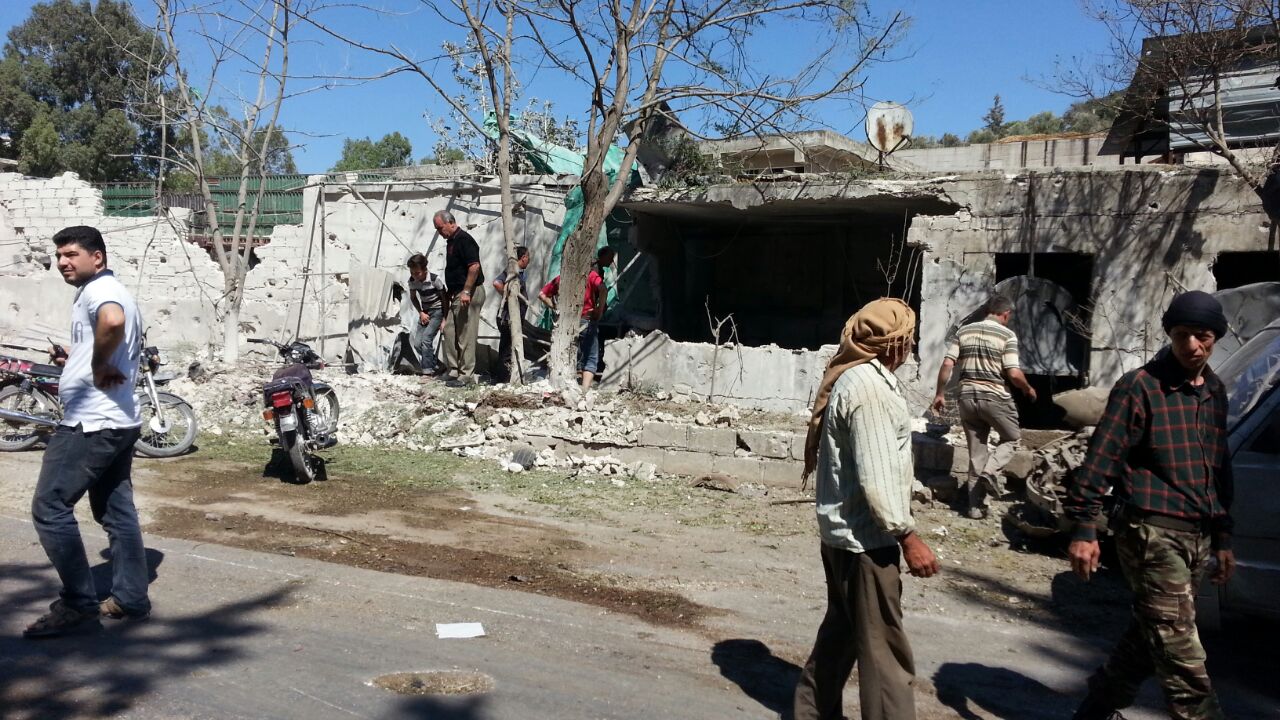 The number of casualties in today’s attack is not yet clear, but a spokesperson from Save the Children, which supports the hospital, told media there were at least two fatalities. It is unclear who carried out the attack, but it was in an area under the control of armed groups where Syrian and Russian armed forces had been launching airstrikes.

“Deliberate attacks on hospitals and medical facilities are serious violations of the laws of war and can never be justified. Hospitals, which have special protection under international humanitarian law, should be safe places for mothers, new-born infants and medical workers – even in the midst of a brutal prolonged conflict,” said Philip Luther, Middle East and North Africa Programme Director at Amnesty International.

Photos and video footage taken in the aftermath of the attack showed part of the hospital in ruins, with rubble strewn both inside and outside the building. Other photos taken around the time of the airstrike showed new-born babies in incubators. According to Save the Children, it is the area’s only maternity hospital, delivering around 700 babies a month.

Today’s attack comes after four hospitals and a blood bank in eastern Aleppo city were struck in aerial attacks on 23-24 July. According to UNICEF, one of them, a paediatric hospital, was hit twice in less than 12 hours.

The latest attacks appear to fit into a pattern documented by Amnesty International of apparently deliberate attacks on Syrian hospitals and medical infrastructure by Syrian and Russian armed forces, which seems to be part of their military strategy. Deliberately attacking medical facilities can amount to a war crime. Indiscriminate attacks, which fail to distinguish between civilian buildings, such as hospitals, and military targets are prohibited and can also constitute war crimes.

Syria and Russia must end attacks on hospitals and medical facilities. All such attacks must be investigated and those responsible for serious violations of the laws of war must be brought to justice

The NGO, Physicians for Human Rights, has been tracking attacks on health care workers and infrastructure in the Syrian conflict. Before today’s assault, the group had already documented 373 attacks on medical facilities, with 750 personnel killed, the vast majority of them carried out by Syrian government forces and their allies.

(Image provided by Save The Children UK)