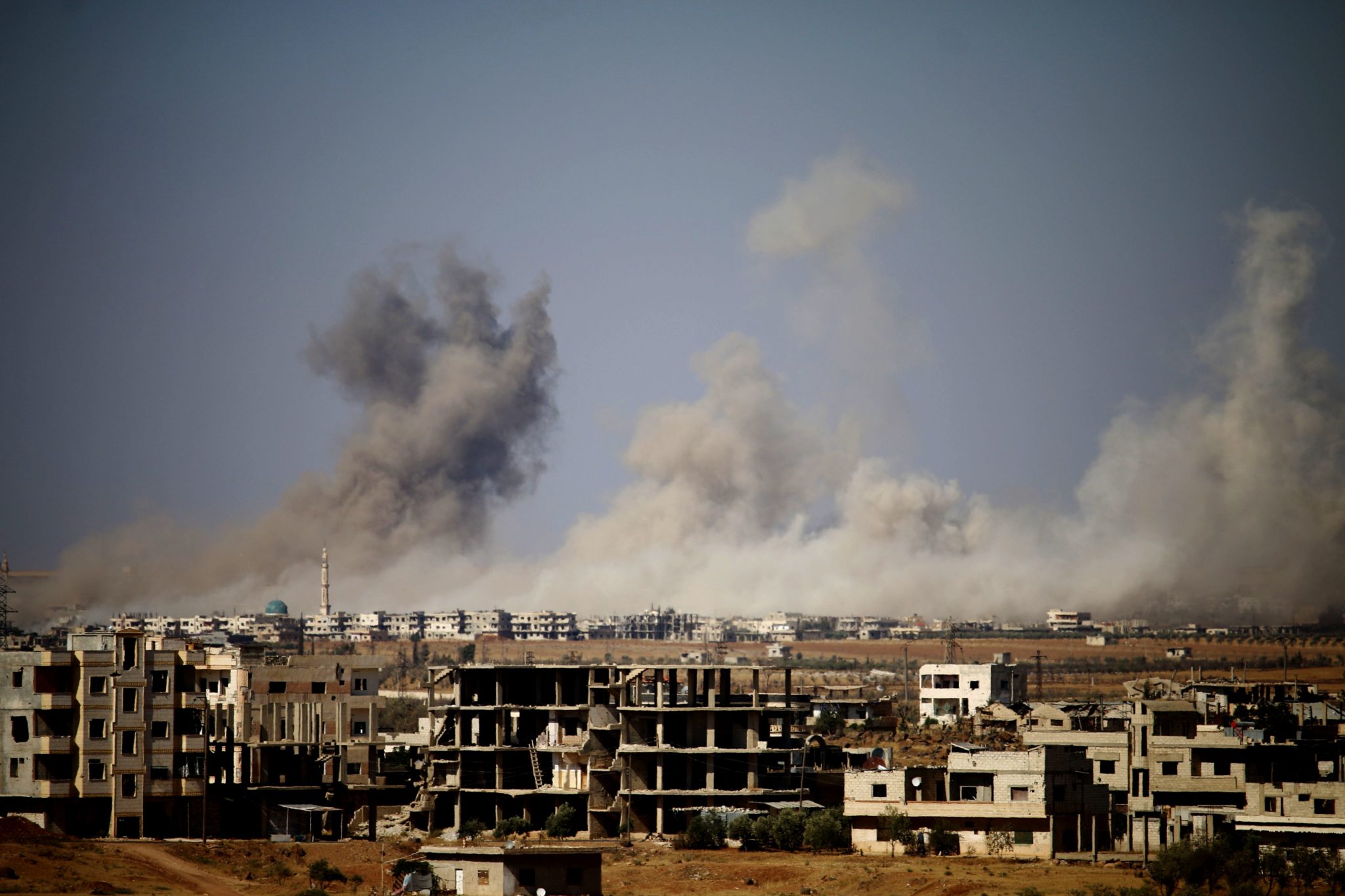 Syria: Civilians in Idlib still at risk as the “de-militarised” zone deadline approaches

On his return from a field visit to Raqqa in Syria, Amnesty International’s new Secretary General Kumi Naidoo has described the horrific destruction and utter human devastation he witnessed, one year after the end of the battle in which the US-led coalition and Syrian Democratic Forces (SDF) used massive firepower to drive the armed group calling itself Islamic State (IS) out of the city.

“What I saw in Raqqa shocked me to my core. The city is a shell – bombed-out buildings, very little running water or electricity, the stench of death hanging in the air. That anyone is still able to live there defies logic and stands as testimony to the remarkable resilience of the city’s civilians,” he said.

“Attacks by the US-led coalition not only killed hundreds of civilians but also displaced tens of thousands, who are now returning to a city in ruins, while many others languish in camps.”

“A similar dire reality is faced by civilian survivors in many other cities where Syrian and Russian forces destroyed hospitals and medical facilities, schools and infrastructure – depriving people of their basic rights, as well as their homes.”

“As the deadline for setting up the de-militarised zone in Idlib is due in three days, I fear that civilians there will face a similar fate if parties to the conflict forfeit the agreement. As President Bashar al-Assad mentioned in his last statement to the media, this agreement is only temporary, which only means civilians might not be protected for long, especially those living outside the zone.”

Amnesty International is calling on Russia, Turkey and Iran to prevent another humanitarian catastrophe in Idlib – one of the opposition’s last remaining strongholds in Syria. They managed to create a de-militarised zone­ which only protects a fraction of the province’s population but must ensure the protection of the entire area.

“The Syrian people have grown accustomed to failed promises of safety, especially from Russia and the Syrian government. We will monitor the implementation of the de-militarised zone and continue to expose violations of international humanitarian law committed against civilians living in and outside of the zone by all parties to the conflict. Our eyes are on Idlib and the rest of the international community must not look away. Our fears for the civilian population of Idlib are based on the Syrian government’s record of complete disregard for fundamental principles of humanity.”

“All parties, including the Syrian government and their allies and the US-led coalition, must provide victims and their families full reparation. Not only are they failing in this obligation, the Syrian government continues to commit its war crimes which include deliberately attacking civilians in Eastern Ghouta and Daraa, forcibly displacing thousands, and blocking humanitarian agencies from providing life-saving aid to those who remain in the areas,” said Kumi Naidoo.