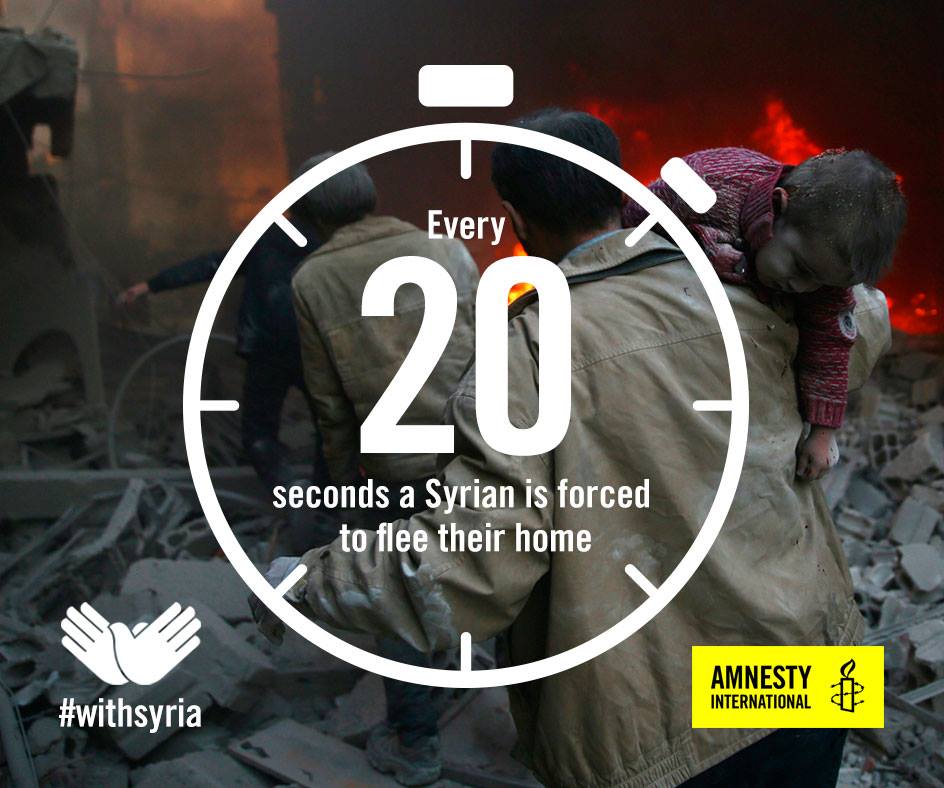 1. More than 250,000 people have been killed, according to the UN. War crimes and crimes against humanity are rife.

2. Since then, more than 11 million people have been forced from their homes, including around 7 million people within Syria and more than 4 million who are now refugees abroad, mostly in Turkey, Lebanon and Jordan. Tens of thousands of refugees from Syria have also fled to Europe, often risking their lives in the process. 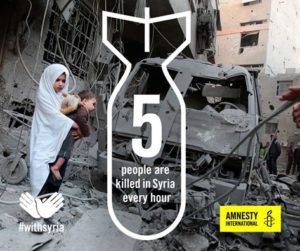 4. According to the Syrian Network for Human Rights, approximately 65,000 people have been arrested by government security forces and are now missing in a network of unofficial detention centres. Others have been jailed for helping people forced from their homes by the fighting, or for speaking out about the situation in Syria. Lawyers, doctors and journalists have been locked up just for doing their jobs.

5. Intelligence agencies and other government forces continue to use torture on a massive scale. Thousands have died in custody since 2011 due to torture and other factors, including lack of food and medical access.

6. The armed group calling itself the Islamic State (IS) has shelled civilian areas and killed scores of civilians and prisoners. The group has abducted, tortured and executed journalists, peaceful activists and other perceived opponents. IS also besieges civilian areas, which means people struggle to get food, medical supplies and other necessities. 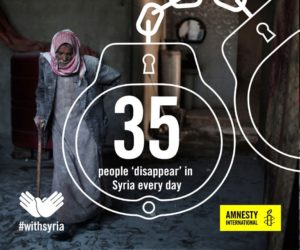 8. Russian air strikes in support of the al-Assad government have killed hundreds of civilians and struck medical facilities