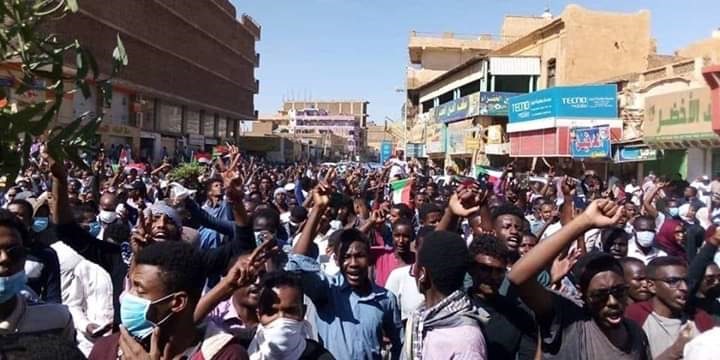 Sudanese security officers last night entered a hospital and fired live bullets and teargas horrifying patients and hospital staff as they pursued people seeking treatment after they sustained gunshot injuries during protests earlier in the day in Omdurman, on the outskirts of Khartoum.

The security officers opened fire in the hospital court yard and then marched into the emergency and medical sections of the Omdurman Hospital roughing up both patients and doctors.

“This attack on a hospital is an outrageous violation of international law. Patients and doctors in Omdurman Hospital were attacked with tear gas and live bullets as Sudanese security forces ramped up their mission to suppress peaceful protests,” said Amnesty International’s Deputy Director for East Africa, the Horn and the Great Lakes, Sarah Jackson.

“There must be an urgent investigation into this horrific attack, and all officers involved must be held accountable. The Government of Sudan must also take immediate action to stop the practice of shooting protesters and respect the Sudanese people’s right to freedom of expression.”

Since 19 December 2018 there have been more than 380 protests across Sudan against the high cost of living. More than 40 people have been killed and many more have sustained debilitating injuries as government security officers violently cracked down on protestors. More than 1,000 people have been arrested.

On 9 January, at least three people were killed when security forces opened fire on protestors in Omdurman, while eight people were hospitalized with gunshot wounds in the head, chest, stomach and legs.

Amnesty International today called for the urgent release of a man who was shot and injured in protests on December 25 and is now being held by the security officers from the National Intelligence and Security Services (NISS).

Yasser Elsir Ali, 57, sustained serious injuries at a protest in Khartoum, the capital of Sudan. A bullet fractured his ribs, punctured a lung, and lodged in his spinal cord.  After being stabilized in hospital, Yasser was due to travel to the United Arab Emirates for specialized spinal treatment but was arrested by NISS officers on 5 January. His whereabouts remain unknown.

“The Sudanese authorities must immediately release Yasser Elsir Ali and allow him to go for treatment. His life is in jeopardy and he needs urgent specialized medical attention,” said Sarah Jackson.

“They must also immediately and unconditionally release those people who have been arrested simply for peacefully protesting. It is not a crime to call for a better standard of living.”