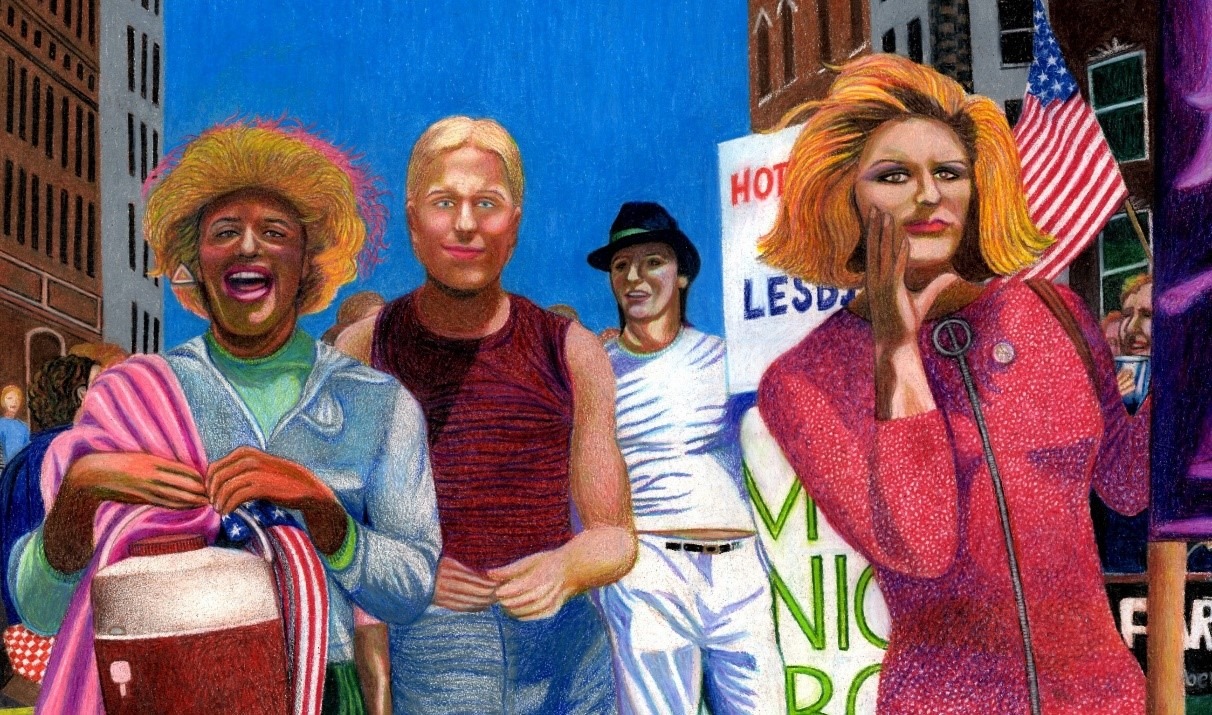 Fifty years after Stonewall riots: Pride, protest and a hunger for equality

Fifty years ago, nine New York police officers stormed the Stonewall Inn on Christopher Street and began aggressively searching the bar’s patrons. They demanded identification and arrested anyone they suspected of being gay or dressed in a way that didn’t conform to mainstream society’s narrow understanding of gender.

The events that followed would spark the modern LGBTI rights movement, inspiring the first LGBTI Pride parade down Christopher Street.

In 1969, it was still illegal to be gay in most parts of the USA. For many lesbian, gay, bisexual and transgender people, nights out at places like the Stonewall Inn were the only times where they could openly be themselves. The venue was known for its celebration of inclusion and also became a safe space for sex workers and the homeless.

In the early hours of 28 June 1969, as police started harassing everyone in the bar and dragging them into the backs of squad cars, the Stonewall patrons didn’t just protest a police raid on a bar: They were protecting their home.

How did the Stonewall Riots start?

There is still some debate over the exact moment the riots started. But people who were there that night agree that three women of colour, Marsha P Johnson, Sylvia Rivera and Stormé Delarvarie were pivotal in inspiring the other guests to rise up against the police.

Police raids at the Stonewall Inn were by no means a rare occurrence. In fact, regardless of where they were or how openly they expressed themselves, many LGBTI people lived in constant fear of being arrested for “crimes against nature”, being attacked or losing their jobs and livelihoods if they were ever discovered. In the face of such blatant oppression and violence, a few voices of resistance ignited that first spark.

Like many transgender people at the time, Marsha and Sylvia faced constant harassment, particularly from the police. Since it was illegal for people assigned male at birth to wear women’s clothes (and vice versa)  they and other trans women and drag queens at the Stonewall Inn were forced into the bathroom, strip searched and arrested if it was revealed that they were born with male characteristics. 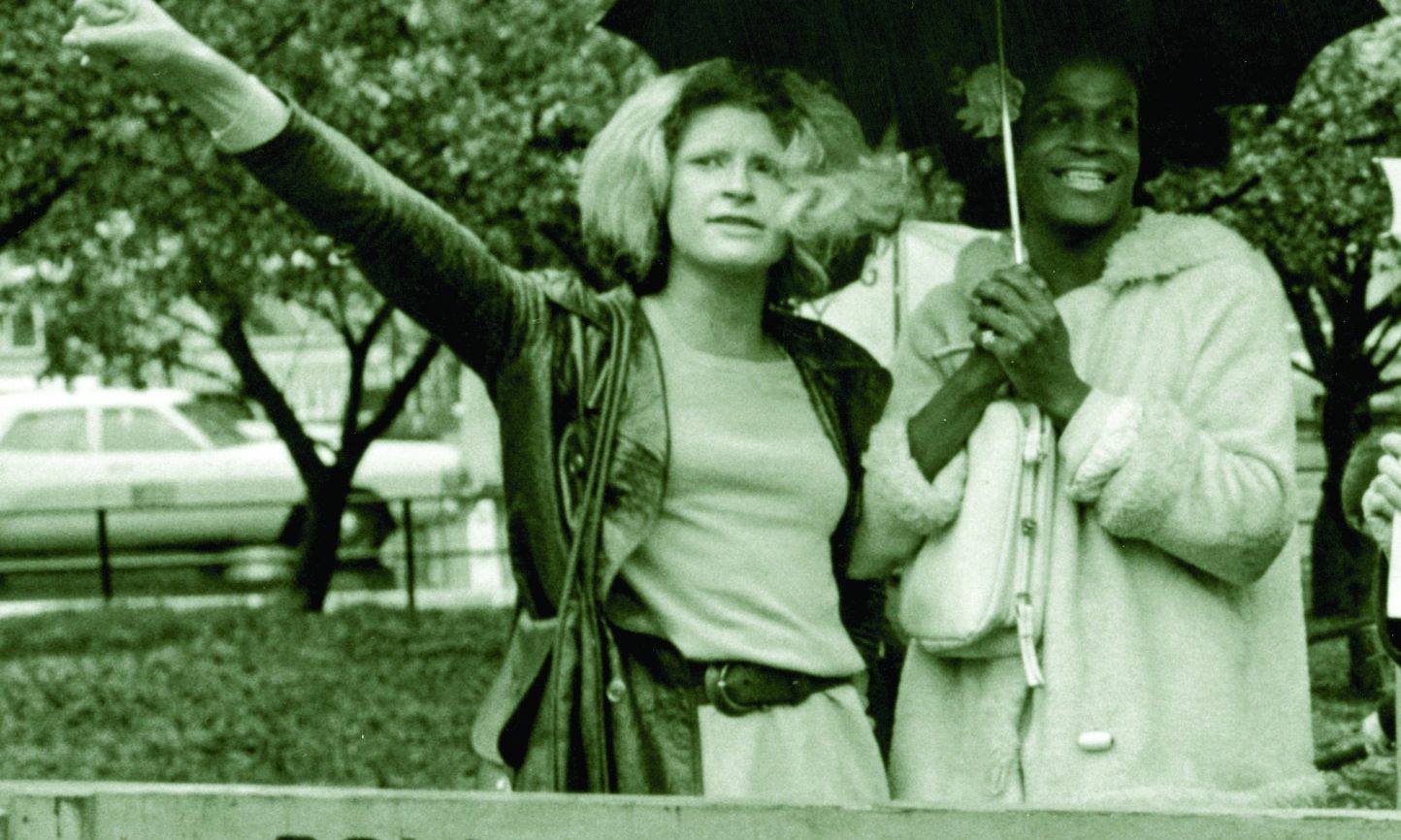 Marsha and Sylvia refused to comply with these demands and decided to defend themselves, intensifying the tension between the police and the customers. Only moments later, you could hear people chanting: “We shall overcome” and “Gay Power” from down the street which provoked crowds to gather outside the venue.

Meanwhile, Stormé Delarvarie, a biracial lesbian from Louisiana, was outside and was shoved into the back of a squad car after being beaten over the head by a police helmet. She shouted to onlookers outside, “Why don’t you do something?”. The crowd responded to her call and jumped to defend those who were still inside.

People started throwing coins and bottles at the police, forcing the officers to retreat into the bar. Trash cans were thrown through the window as the crowds grew outside. For many of the people there that night, it was the first time that they could stand up and declare that they weren’t going to tolerate discriminatory treatment from the police or anyone else any longer.

The officers called in back up in an effort to control the protestors, even bringing in tear gas to scatter the riots, but the crowds outside continued to grow. It would be another four days before the riots simmered to a close.

The riots at the Stonewall Inn are an iconic demonstration of how a single decision, an instinctive reaction to injustice, can be the first step to igniting a movement that can change the course of history.

When Marsha and Sylvia decided to go out that night, there was no way they could have imagined that their actions would become defining moments in the struggle for LGBTI rights around the world. Although they had been active campaigners for trans people’s and sex worker’s rights, their participation in the Stonewall Riots would lead them to found STAR (Street Transvestite* Action Revolutionaries) as well as becoming key leaders in the Gay Liberation Front.

Similarly, Stormé Delarverie was a known figure in the LGBTI community on Christopher Street and was a regular drag king performer and emcee at some of the venues in the area. After Stonewall, she became known as “The Guardian of the Lesbians” and worked as a bouncer at some of the lesbian bars in the West Village. She passed away in 2014 and lived to see same sex marriage become legally recognized in New York in 2011.

“I’m a human being that survived. I helped other people survive” – Stormé Delarverie.

They proved that sometimes it just takes one moment of bravery to show people what the world could look like if they join the crowd of voices demanding equality and liberation.

A year after Stonewall on 28 June 1970, people returned to the Stonewall Inn and marked the anniversary as Christopher Street Liberation Day. This parade became known as the first LGBTI pride festival and served as a catalyst to other movements and events across the globe.

Even though LGBTI people had long-standing acceptance in many cultures around the world, the centuries preceding what would become known as the Gay Liberation Movement were dominated by a primarily Western narrative of gender and sexuality that forces many to repress their true selves and conform to society’s expectations.

The Stonewall riots were the first step in a series of events in the late 20th century that would pave the way for legal and social change that would improve the lives of LGBTI people. The people who organized the protests that night became examples that would embolden LGBTI people around the world to resist bigotry and embrace diversity.

Decades after the riots, there are now hundreds of Pride festivals around the world, with thousands of participants every year. Although it can still be incredibly dangerous to participate in LGBTI activism in some parts of the world, to most people attending these events, Pride is a time for LGBTI+ people to celebrate and be celebrated by their communities, a noteworthy sign of progress when you think about the way Marsha, Sylvia and Stormé were attacked 50 years ago. But their legacy stands to remind us that Pride was, and always will be, built on the tradition of protest, outrage and a hunger for equality.

*This term was commonly used when STAR was founded, but many gender fluid and transgender people now consider it inaccurate and offensive.

Marching with Amnesty International at Dublin LGBTQ Pride, on Saturday 29 June to mark the 50th anniversary of the Stonewall riots, the uprising that saw the mobilisation of LGBTI people against police harassment and brutality in New York City – a moment that inspired LGBTI liberation movements worldwide

March with Amnesty at Dublin Pride