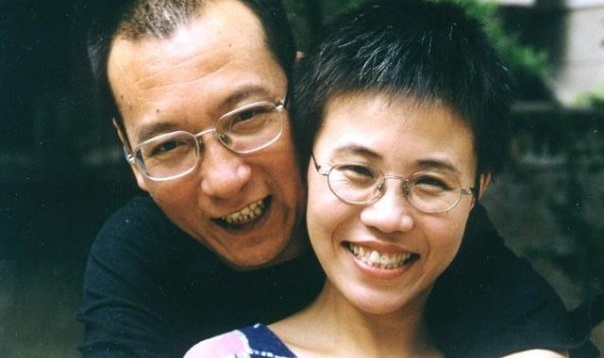 Speaking truth to power… and to all of us

Speaking truth to power… and to all of us

“Do you think the Chinese government will release him now?” In the piercing cold of a December night in Oslo, the same question kept coming. I had just attended the ceremony to award the 2010 Nobel Peace Prize to Liu Xiaobo, the imprisoned human rights advocate, literary critic, and thorn in the side of the Chinese government.

Vehemently denounced by the Chinese government as “a farce”, the ceremony had movingly paid tribute to that simple truth: that words are not crimes. Freedom of expression, as Liu Xiaobo had himself told the court a year earlier, was “the foundation of human rights, the source of humanity, and the mother of truth.” The court sentenced him to 11 years behind bars.

While I was buoyed by the homage the world was paying to his courage, I also knew that the real battle was only beginning: would the international community exert enough pressure on the Chinese authorities to sway them to release Liu Xiaobo?

Or perhaps at least to move him out of the bleak prison in northeastern China where he was serving his sentence to some form of house arrest? There, he could be with his wife Liu Xia and be treated by a doctor of his choice.

Throughout his life, Liu Xiaobo showed an unshakable determination to speak truth to power, in full knowledge of the personal cost he might have to pay. For this, he will remain an inspiration to the millions of people around the world who fight for human rights so that they and others can engage in a fundamental freedom: the right to speak, to debate, to criticize, to call out injustices, and to hold the powerful to account.

The year 1989 marked a turning point for Liu Xiaobo’s political activism. He had returned from the US to Beijing to play an instrumental role in the pro-democracy movement. For this, he was jailed for two years. As he said later: “Merely for publishing different political views and taking part in a peaceful democracy movement, a teacher lost his lectern, a writer lost his right to publish, and a public intellectual lost the opportunity to give talks publicly.” He was again imprisoned—this time in a re-education-through-labor camp between 1996 and 1999. After that he was placed under constant police monitoring at his home in Beijing.

Undeterred, he continued to pen often scathing and provocative articles and essays, highly critical of China’s political system and human rights record, turning down every opportunity to go abroad for fear that the authorities would not let him return.

In late 2008, Liu Xiaobo was approached by friends asking him to contribute to a manifesto now known as “Charter 08” calling for political change in China. The range of initial signatories, including prominent intellectuals and retired officials, unnerved the government. Having successfully hosted the 2008 Olympics earlier that year—for which the authorities had pledged to make progress on human rights—the government decided it could make an example of Liu without incurring too much international criticism.

He was originally detained this last time in December 2008, held for a year before trial, and sentenced to 11-years of imprisonment under the charge of “incitement to subvert state power”—the most severe sentence recorded under that charge at the time.

We now know the answer to the question about whether the Nobel Peace Prize would prompt the Chinese government to correct the grave injustice it had committed. Instead of seizing the opportunity to demonstrate their professed adherence to the rule of law, the authorities, shamed and embarrassed, engaged in an all-out effort to impose an information blackout on his case.

They placed his wife, poet and activist Liu Xia, under house arrest, prohibited Liu Xiaobo’s lawyers from taking any initiative to seek his release, turned down every request from diplomats and international observers to visit him in prison, and scrubbed any reference to him from the heavily censored internet that Chinese citizens can access.

But it is after he was transferred to a hospital with late-stage liver cancer that the government really showed its cruelty and vindictiveness, effectively hastening his death by denying him his wish to be treated abroad. They ignored calls by the two foreign specialists who were briefly allowed to visit him in early July that Liu Xiaobo could and should be allowed to travel.

And unless the world now rallies around to demand that the Chinese authorities cease their persecution of his wife Liu Xia, that she be allowed to travel freely, she is likely to spend the rest of her life under house arrest in almost complete isolation.

While history will not judge Beijing kindly—after all, the only other Nobel Peace laureate who died in custody was Carl von Ossietzki in 1938 Nazi Germany—foreign governments also bear a share of responsibility. Their fickleness in standing up for human rights when perceived economic interests are at stake undoubtedly fed Beijing’s intransigence.

In the end, we all share some responsibility for Liu Xiaobo’s tragic fate. This too, is the stark lesson we must remember even as we mourn the loss of a human rights giant.