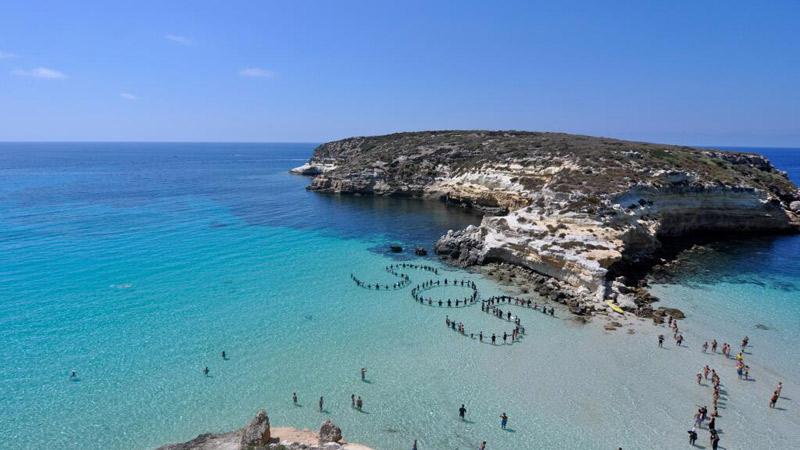 The Spanish authorities’ failure to properly investigate the drowning of 14 migrants off the coast of Ceuta after the Civil Guard opened fire with large rubber bullets highlights the deplorable disregard for human life at Spain’s borders with Morocco, said Amnesty International on the anniversary of the tragedy.

“One year on from this tragic incident, victims and their families are still waiting for justice, while the investigation has been blocked and stalled,” said Irem Arf Rayfield, Amnesty International’s Researcher on Refugee and Migrants’ Rights in Europe.

A year ago today, 200 migrants, refugees and asylum seekers from Sub-Saharan Africa attempted to swim to Ceuta, an autonomous city of Spain on the north coast of Africa, from its border with Morocco. Members of the Spanish Civil Guard opened fire with large rubber bullets, tear gas and blanks to stop their advance resulting in or contributing to the death of 14 people. An additional woman has also been reported dead after the incident, though her body has never been found.

A government representative at first denied the use of anti-riot equipment; after footage emerged of the equipment in use. The Minister of Interior admitted it was used, though in such a way as to avoid hitting any of the people who were in the sea. However, survivors told Spanish non-governmental organisations that some of them were hit by rubber bullets when they were in the sea and that the tear gas fired by the Civil Guards made it difficult for them to see and breathe.

Parliament voted against a proposal to establish a Parliamentary Committee to investigate the incident. While a criminal investigation was launched into the deaths in February 2014, it has been carried out by the Civil Guard Command of Ceuta, the same command that led the fatal operation last year. To date it does not appear to have been thorough, prompt or impartial.

Vital information, including the identities of the officers who participated in the operation, was only collected by the investigating judge months after the events, after non-governmental organisations challenged her failure to do so in the courts.

“One year has passed and little progress appears to have been made in holding those responsible for the deaths to account. The victims of this tragedy and their families deserve justice and reparation, not delays and prevarication,” said Irem Arf Rayfield.

Expulsions: A fundamental breach of law
Aside from the allegations of excessive use of force, the summary expulsion of the survivors to Morocco violated international human rights norms binding Spain.

A group of 23 people who reached the beach were summarily returned to Morocco without a chance to apply for asylum or to appeal the expulsion. The Ministry of Interior claimed that the returns were in line with Spanish law and Spain’s international obligations as the migrants had not crossed the Spanish border.

There is no question that the individuals concerned were expelled from Spanish territory, as they were on the Ceuta side of the border on the Tarajal beach. Regardless of their physical location, the 23 were under Spanish jurisdiction as the Spanish Civil Guards had apprehended them.

“This summary return is a direct breach of Spanish, European and international obligations. It wasn’t the first, nor was it the last. Expulsions have regularly continued throughout the past year,” said Irem Arf Rayfield.

New legislation puts lives at risk
Spanish Parliament is now considering amendments to the immigration law, which would allow the summary return of people at the Spanish borders in Ceuta and Melilla without any procedural safeguards. The Ministry of Interior has stated that it would approve the use of riot control equipment to carry out such returns if the amendments are passed.

“To add insult to injury, instead of correcting the current deadly practice of stopping refugees and migrants from entering Spain through its enclaves in North Africa at all cost and unlawfully returning those who arrive, the government is looking at ways to legalise summary returns and of the potentially excessive use of force to seal its borders,” said Irem Arf Rayfield.