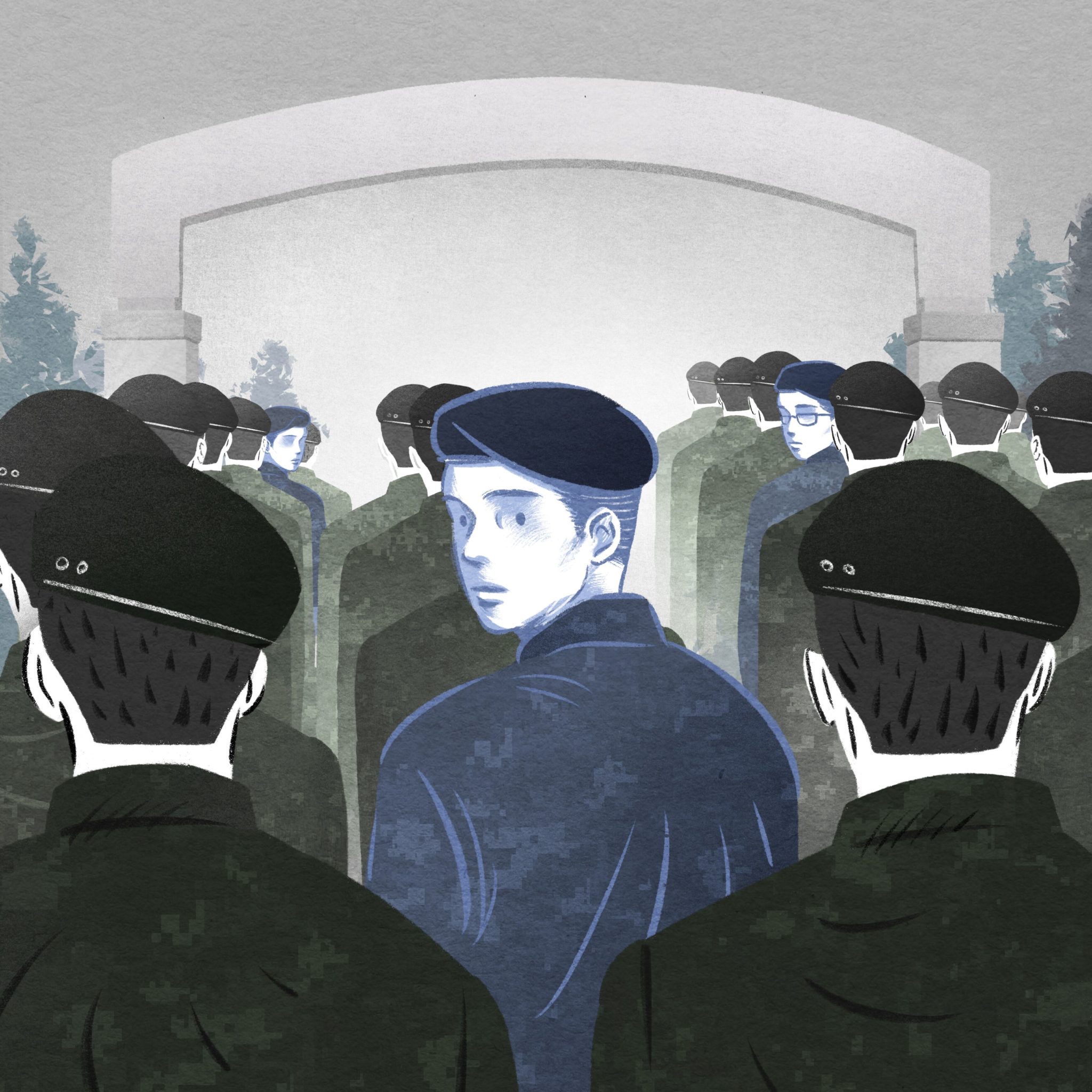 Gay and trans soldiers in South Korea face violence, harassment and pervasive discrimination due to the criminalisation of consensual sex between men in the military, Amnesty International said as it released a new report outlining why this unjust law must be abolished.

Serving in Silence: LGBTI People in South Korea’s Military reveals the destructive impact criminalising consensual same-sex activity in South Korea’s military has on LGBTI people. Article 92-6 of the country’s Military Criminal Act punishes sexual relations between men in the military, either on or off duty, with up to two years in prison under an “indecent acts” clause.

“South Korea’s military must stop treating LGBTI people as the enemy. The criminalisation of same-sex sexual activity is devastating for the lives of so many LGBTI soldiers and has repercussions in the broader society,” said Roseann Rife, East Asia Research Director at Amnesty International.

“This hostile environment fosters abuse and bullying of young men who stay silent out of fear of reprisals. It is long overdue for the military to acknowledge that a person’s sexual orientation is totally irrelevant to their ability to serve.”

In South Korea, it is compulsory for all men to perform a minimum 21 months of military service. Criminalisation creates an environment where discrimination is tolerated, and even encouraged, based solely on who someone is. Though criminalisation is only applicable within the military, the fact that approximately half of the population goes through compulsory military service early in life means that criminalisation has a significant social impact. Many former and current soldiers consider this to be toxic.

Soldiers who spoke to Amnesty International said they experienced intimidation, violence, and isolation as a result of the criminalisation of sex between men in the military.

“U”, a former soldier who served about a decade ago, recalled how he was driven to attempt suicide because of the abuse he suffered: “One night, I saw a soldier being sexually abused. When he got angry, the person abusing him who was his senior started to beat him fiercely and forced him to drink from the toilet bowl. A few days later, the abused soldier made up his mind to report the incident and approached me for my help.”

When the higher-ranking soldier heard about the possible report, he threatened to beat “U” so badly he would not recover.

Many soldiers told Amnesty International that sexual violence is committed against actual or perceived gay men in the military. The abuse is usually portrayed as punishment for soldiers “not being masculine enough”, “signs” of which include walking in an “effeminate” manner, having fairer skin or speaking in a higher-pitched voice.

While criminalisation under the military code has been around since the 1960s, the issue came to the fore in 2017 after military authorities aggressively pursued an investigation to identify and punish soldiers suspected of having sex with men. More than 20 soldiers were charged for having same-sex sexual relations as a result.

“Yeo-jun Kim”, one of the soldiers targeted in the investigation, told Amnesty International how investigators tried to coerce him into admitting he had sex with men: “They started by asking me if I knew ‘Jun-seo,’ an ex-lover that I had broken up with a year before. When I answered ‘no’, the investigators began screaming and threatening me.”

In the presence of “Yeo-jun Kim”, the investigators called “Jun-seo”, who confirmed the relationship. “Yeo-jun Kim” eventually acknowledged Jun-seo was an ex-lover. He was then subjected to a barrage of intrusive questions about his private life, including questions on sex positions and where he ejaculated.

“Yeo-jun Kim” felt he had no option but to admit to violating Article 92-6. “I still feel the investigation’s impact even after leaving the military in 2018,” he said. “The authorities came to me like peeping Toms. They should have maintained confidentiality. I have lost faith and trust in people.”

Responding to accounts like this, Roseann Rife commented: “These outrageous prosecutions represent only a fraction of the damage that criminalisation inflicts on perceived and actual gay men. The military code does more than legislate against particular sexual acts; it institutionalises discrimination and risks inciting or justifying violence against LGBTI people inside the military and in wider society.”

Many South Korean soldiers said they hid their sexual orientation or gender identity for fear of being “outed” and harassed.

“Lee So” told Amnesty International: “It is a place where you have to erase who you are to fit in.”

“Kim Myunghak”, who was an active-duty soldier when interviewed in July 2018, was “outed” by his commanding officer despite a prohibition against “outing” another soldier.

The fear of reprisals deters many victims from reporting violence in the military, especially when it is carried out by those of a higher rank. This enables a culture of impunity to prevail in which perpetrators go free and the victims are punished.

Do hoon Kim, a gay man who previously served in the military, told Amnesty International: “It’s all about power and rank. Soldiers harass others with a lower rank just to show off their power.”

After suffering repeated sexual assaults, Jeram became physically and mentally unwell. He was given the option of either entering a mental hospital within the military or remaining in a cell with limited access to the outside.

“The hospital tried to diagnose me as ‘unfit for service’, with staff members even instructing me how to act mentally incompetent so that I could get discharged,” Jeram recalled.

“I refused to be labelled in this way. I felt I had lived my life well prior to the military and knew that I was not the source of the problem. This whole experience led me to attempt suicide because I lost the will to live.”

Jeram told Amnesty International how one member of the panel reviewing his discharge told him: “Even if I shoot you here, it will simply be covered up as a suspicious death and that will be it. Then, the compensation your family would receive will be even lower than for a military dog, which is 2 million KRW (about US$2,000).”

As a condition for Jeram’s discharge, his mother was forced to sign a paper agreeing not to sue the military for ill-treatment.

By criminalising sex between men in the military, the South Korean government is failing to uphold a wide range of human rights, including the rights to privacy, to freedom of expression and to equality and non-discrimination.

South Korea’s Constitutional Court is currently considering again whether the criminalisation of same-sex sexual activity by military personnel is constitutional, having ruled three times since 2002 that it is.

“The criminalisation of gay sex in the military is a shocking violation of human rights,” said Roseann Rife. “No one should face such discrimination and abuse because of who they are or who they love. South Korea must urgently repeal Article 92-6 of the military code as a crucial first step towards ending the pervasive stigmatisation LGBTI people face.”