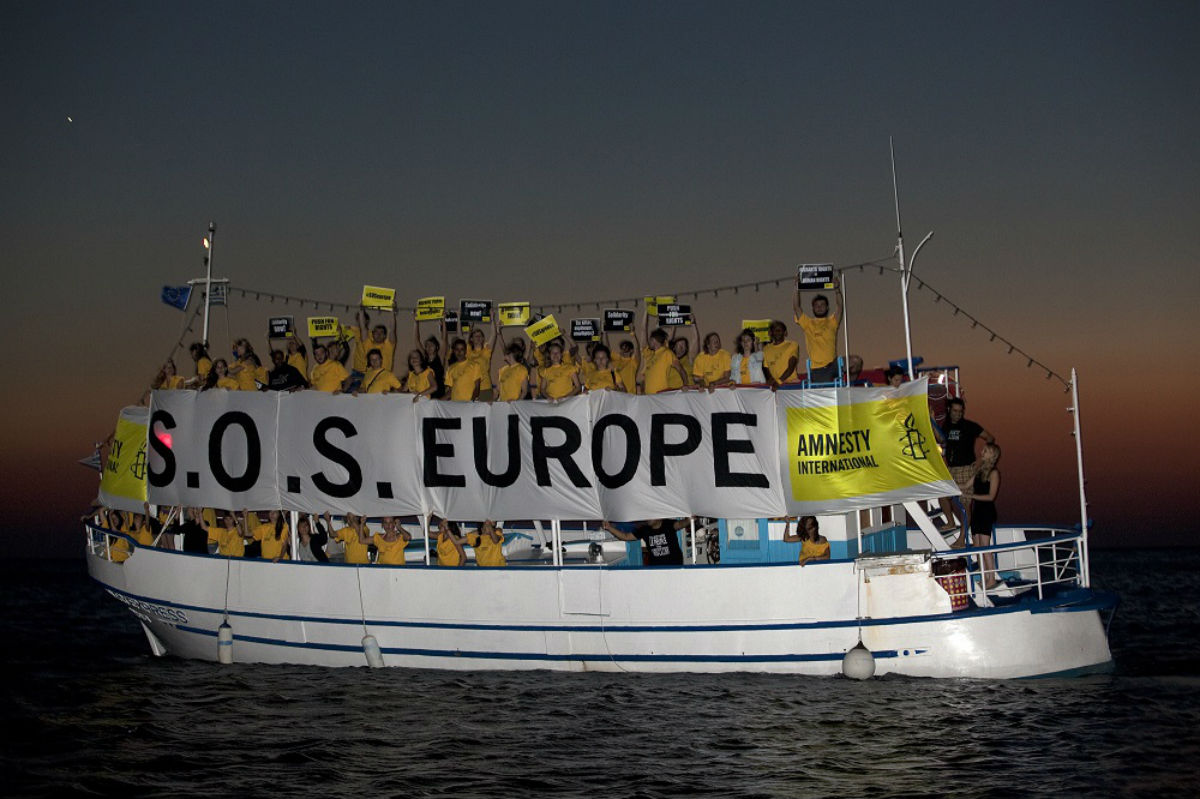 The EU takes one step forward, with a long way left to go.

EU leaders have taken a positive step forward by agreeing to share responsibility for 120,000 asylum-seekers. But this alone won’t solve the humanitarian emergency unfolding on Europe’s doorstep.Ignoring loud alarm bells rung by Amnesty and others, its politicians are failing to tackle the world’s worst refugee and migrant crisis since World War II.

How much more human suffering and diplomatic footwork will it take before EU politicians deal decisively with the humanitarian emergency unfolding on their doorstep? Right now, thousands of children, men and women are being forced to risk death or walk wearily from one heavily fortified EU border to another searching for sanctuary.

The writing has been on the wall for years: brutal regimes, raging conflicts and deep poverty across the Middle East and Africa are forcing millions of people to migrate, leaving everything they know and love behind.Most refugees stay close to their home countries, but some will try reach safety in Europe – even despite its billion-Euro efforts to keep people out, and often at an extortionate human and financial cost.

The solutions lie in our shared responsibility and humanity. 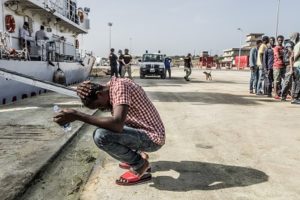 AUGUSTA, ITALY: a rescued North African migrant washes himself with a donated bottle of water.

Europe and the global refugee crisis – some numbers

It was a deadly combination: As increasing numbers of people headed for Europe at the start of 2015, Italy’s successful “Mare Nostrum” (“Our Sea”) Mediterranean search and rescue operation ended, replaced by a much smaller and less effective EU effort.

Amnesty warned repeatedly of a sharp rise in deadly shipwrecks and dangerously fragile, overcrowded boats setting off from Libya towards Italy. But European governments did little to help – until one tragic weekend in April when over 1,200 people drowned in two shipwrecks.

Emergency were talks swiftly followed more ships and planes to patrol the high seas and rescue people in distress. By July, the Mediterranean death toll had dropped dramatically. But without safe and legal routes, the boats keep on coming. Hundreds died during the summer months, and even now, people continue to drown.

A hellish welcome in Greece

As Europeans prepared for their summer holidays, we warned of the appalling situation meeting asylum-  seekers arriving by sea from Turkey to Greece’s islands of Lesvos and Kos. The local authorities were either unwilling or   incapable of providing basics like food, water, toilets or housing.

Local people have been doing what they can to help the newcomers arriving in their thousands, despite tensions running high.But it was evident that the Greek government couldn’t cope with the influx, and that its EU neighbours could do much more to help.

But it wasn’t until 2 September, when three-year-old Aylan Kurdi from Syria was photographed drowned on a Turkish  beach, that the unravelling situation received global attention.

Early warning signs in the Balkans

As early as July, we reported on refugees and  migrants taking dangerous routes to northern  Europe via the Balkans – passing through the  former Yugoslav Republic of Macedonia towards  Serbia and Hungary. The world watched in disbelief as riot police at  Macedonia’s border with Greece used stun  grenades to stop refugees heading for Serbia.  By 21 August, the border had been sealed and military back-up brought in.

We met many people, including families with children from Syria, who had walked for days and weeks, only to find themselves trapped in a limbo, unable to cross borders legally, seek asylum, or even receive food or find a place to sleep.

In late August, Hungarian police stopped refugees heading for Austria and Germany from boarding trains. Stuck at Budapest’s main train station, some people simply started to walk north on the motorway, kilometre after kilometre, sleeping under the open sky.

In early September, a wave of compassion swept over Europe as the full horror of Aylan Kurdi’s death sank in. Thousands who had been on the move for weeks were greeted with flowers and balloons in Germany. For a brief moment, Europe declared that refugees were welcome.

But as Hungary finished constructing a barbed wire border fence and made illegal entry a criminal offence, refugees got trapped at the Serbian border, and the Hungarian police used tear gas and violence used against them.

Slovenia, Croatia – where next as winter looms?

Once again, European leaders held talks, and once again they failed to agree on how to tackle the crisis.With Hungary effectively closed, elderly people, teenagers in wheelchairs, cancer patients, crying babies and exhausted families turned their sights towards Croatia and Slovenia.

As the autumn turns colder and winter looms, the need for decisive EU leadership is more pressing than ever. This crisis will not go away. And the alternative to creating a common, functioning asylum system and giving refugees safe routes to sanctuary is to simply let people suffer and die beside Europe’s barbed-wire borders. This conjures up visions of a past to which Europe once delivered a decisive “never again”. And once again, the solutions lie in our shared responsibility and humanity.