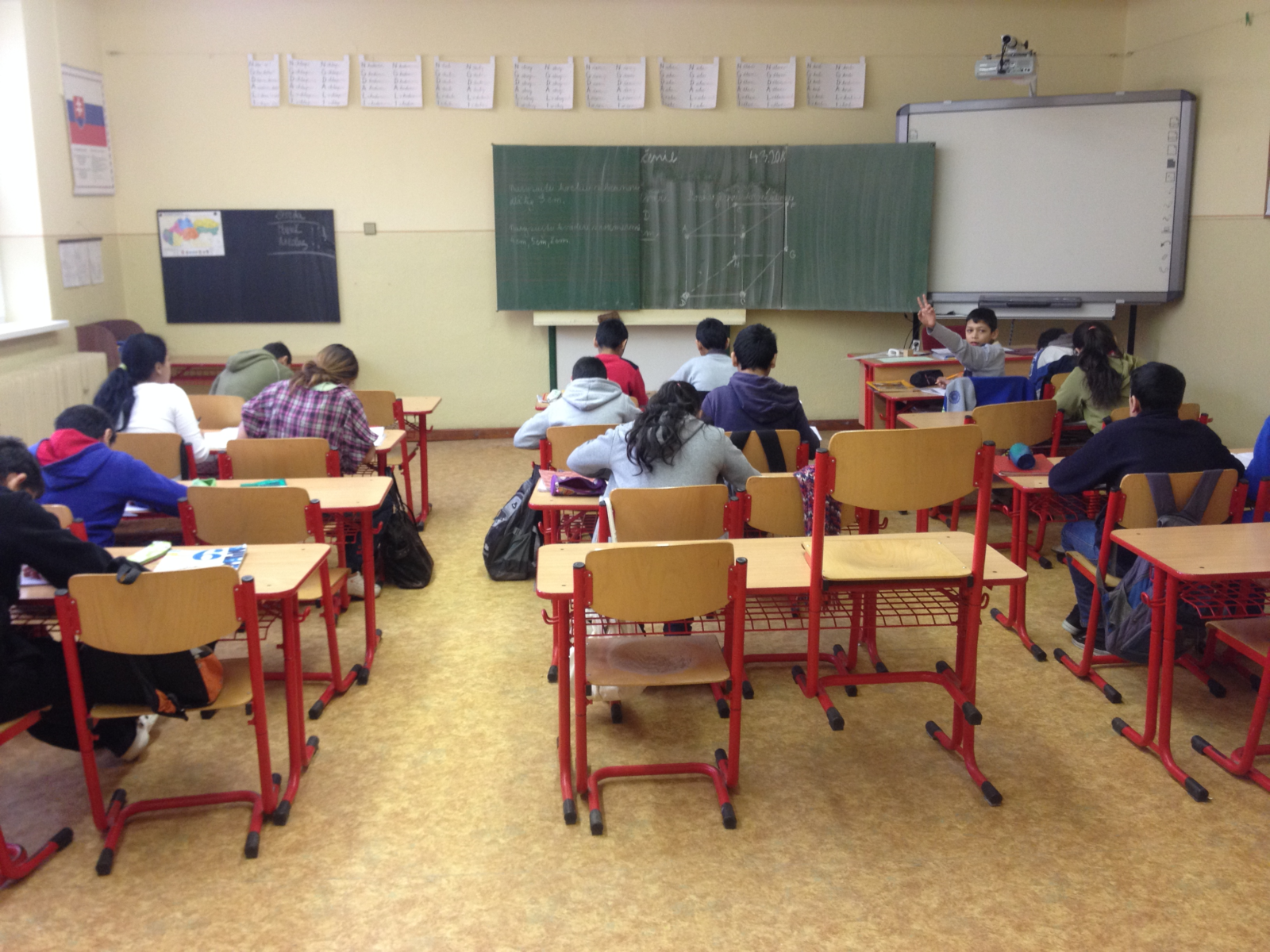 Romani children in Slovakia are being failed by a discriminatory primary school system which continues to segregate them and seriously hinder their education, condemning them to lives of poverty and exclusion, Amnesty International and the European Roma Rights Centre (ERRC) said in a new report published today.

A Lesson in Discrimination: Segregation of Romani children in Primary Education in Slovakia reveals that limited reforms, and even the threat of fines from the European Union for breaching EU law, have done little to end the routine practice of placing Romani children in separate classrooms or schools. Romani children are also routinely being assessed as having “mild mental disabilities” and sent to special schools where the quality of education is inferior.

“Slovakia’s abject failure to address deeply ingrained prejudices within the education system is blighting the future of generations of Romani children from the moment they step into the classroom.”

The report, which focused on four locations in eastern Slovakia, reveals that Romani children are being placed in segregated Roma-only schools or classes, or special schools and classes for children with “mental disabilities”, which have reduced curriculums and limited career opportunities. Another contributing factor to segregation is the fact that non-Roma parents often remove their children from schools when they feel there are “too many Romani pupils”. Slovak authorities have no effective plans or policies in place to tackle this phenomenon, known as “white flight”.

Segregation often begins even before primary school, with Romani children routinely being assessed as not ready for primary education and placed in preparatory “zero grade” classes instead.

The education that Romani pupils receive at special schools and in segregated classes is of such poor quality that very few are equipped to continue their schooling beyond the age of 16. The small number that do, have few options other than vocational schools, hugely reducing their future employment options.

In one of the locations investigated, Romani boys who had enrolled at a private secondary vocational school run by a nearby manufacturing company described how they spend most of their time putting together electric plugs which the company then sells. Girls at the school are offered “Practical Woman” (Praktická Žena) lessons, part of a nationwide programme in which Romani girls are taught to become “good housewives” with lessons in cooking and housework.

Deep-seated prejudices and low expectations of Romani children among the teaching staff further hinder their educational opportunities. One teacher called the school she worked in “a little zoo”. Another said that Roma “procreate among themselves. Incest happens very often” before going on to describe her pupils’ “unrealistic” dreams:

“All of them want to be teachers or doctors…it’s a huge difference between what they fancy to be and how they end up eventually. Although the older ones, especially boys, are more realistic and end up being bricklayers, for example.”

The report found a deeply disturbing pattern of cultural bias among those responsible for assigning placements to special schools, resulting in the misdiagnosis of dozens of Romani children. In one of the locations researchers visited, around a third of Romani children had been diagnosed with a “mild mental disability”. One Romani mother interviewed described her shock when her son, who was judged by a psychologist to be “very clever”, was placed in a special school without explanation.

Parents described how children at special schools are often not allowed to bring textbooks home and are routinely not given any homework. Many Romani children speak Slovak only as a second language, severely curtailing their opportunities to participate in wider Slovak-speaking society. Several parents said that children were often instructed to draw and paint during Slovak language classes, and the father of one 17-year-old boy told us that when he finished at the special school he was still unable to read, write or speak Slovak.

Amnesty International and the ERRC are urging the European Commission to push Slovakia to bring its policies in line with EU law on race discrimination, by issuing a ‘reasoned opinion’ against Slovakia, which is the final step before taking them to court.

“The education system in Slovakia is stacked against Romani children from the start, setting them on depressingly narrow trajectory that only serves to exacerbate and perpetuate prejudice and racism towards Roma,” said John Dalhuisen, Europe and Central Asia Director at Amnesty International.

“The segregation of Romani children is not only disturbing, it is unlawful. It is this, and not the hefty EU fines that will otherwise surely come their way, that should be motivating the Slovak authorities to put a stop to it.”